Not Quite So Idiosyncratic

Dickson/Carr is back on form with this one:


This is the second Carter Dickson detective novel I have read, and I enjoyed it far more than She Died a Lady, which was published a few years later (though contemporaneously as Penguins). This book was light-hearted and rather tongue-in-cheek, but more importantly the humour was not at the expense of the main characters. While he has his idiosyncrasies, Sir Henry was not presented here as the buffoon as he was in the later book, and this made him far more entertaining with his curmudgeonly, irascible, and impatient ways, and his infuriated air at being forced to spend his time inevitably in the company of the less-perceptive. — Karyn Reeves, A PENGUIN A WEEK (25 July 2012)

Monica Stanton, the pretty and rather naive daughter of a British clergyman, is the author of a surprisingly scandalous best-seller. As a result, she has been hired as a script writer for Albion Films, working with William Cartwright, a script writer from the world of detective novels.

However, she is not going to be working on her own novel—she is helping Cartwright adapt his latest detective novel, And So to Murder. Tilly Parsons is a dumpy, bustling chain-smoking American woman in her early fifties who is the highest-paid scenario writer in the world, imported from Hollywood at great expense to adapt "punch up" the screenplay of another Albion film.

Glamorous movie star Frances Fleur, whose punctilious husband Kurt von Gagern selects all her parts, will be the star. Against the backdrop of Pineham Studios and Fleur's current movie, a series of mysterious attempts on Monica's life begin—they are exceptionally nasty and completely inexplicable, involving sulphuric acid. 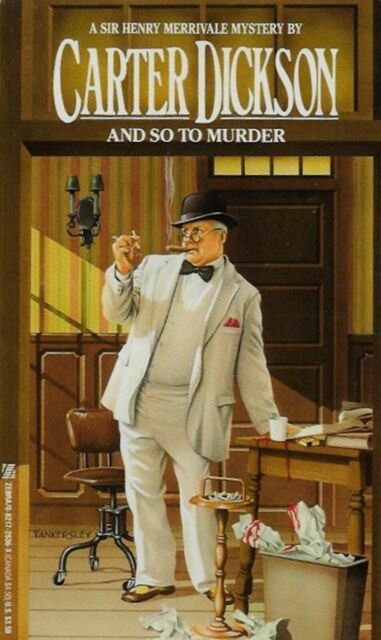