HERE'S A RELATIVELY rare story by Margery Allingham, one that doesn't feature her greatest creation, Albert Campion; instead, we have a suspenseful narrative about a serial philanderer, a carefully-planned murder plot, and why . . . 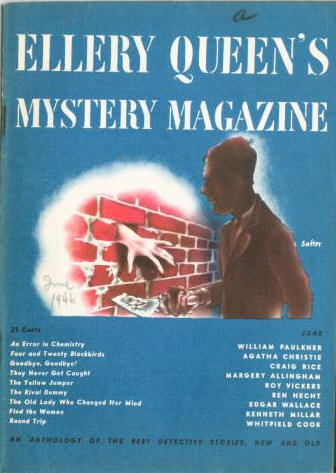 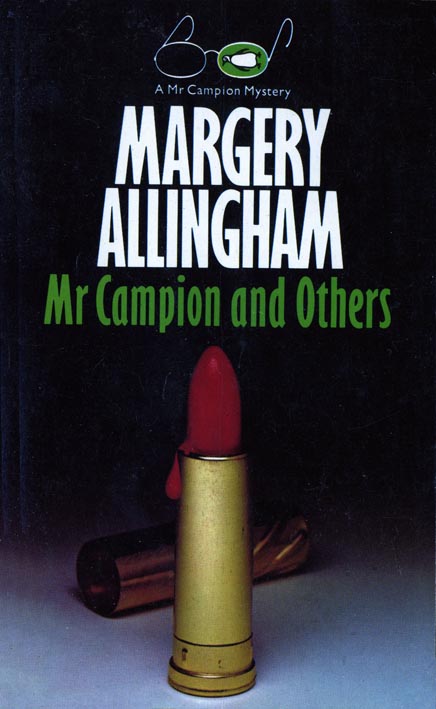 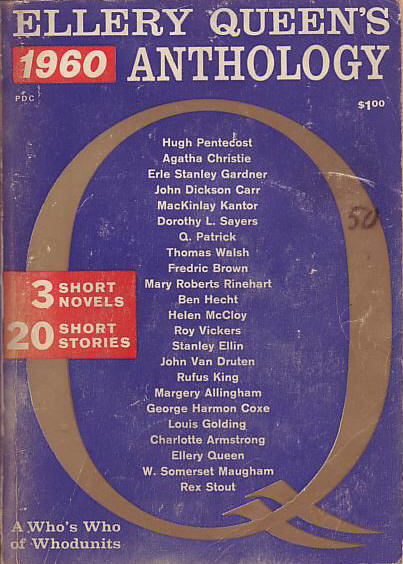 "That is the peculiar sort of idiot mistake I have yet to make. I haven’t reached my wife’s level yet."

The perfect murder, that tantalizing but unattainable goal of hubristic killers everywhere . . .

Major characters:
~ Henry Brownrigg:
"You love me. I love you and you love me. You know that."
~ Phyllis Bell, the "rather pretty" one:
". . . was different from the others. He would lose her. Unless that obstacle were removed."
~ Millie Brownrigg, the obstacle:
". . . was so simple-minded, so utterly unsuspecting."
~ Doctor Crupiner:
". . . was a vast, dusty old man."
~ Bill Perry:
". . . did not think Millie was half so daft as the Old Man made out."

Noteworthy passages:
"At the outset of his present project he had thought of forgoing it until his plan was completed, but he realized the absolute necessity of adhering rigidly to his normal
course of life, so that there could be no hook, however small, on which the garment
of suspicion could catch and take hold."

". . . unprepared for the savagery of the sudden pain in his breast when he saw her,
and the writhing, vicious, mindless passion which checked his breathing and made
his eyelids feel sticky and his mouth dry, frightened him a little also."
". . . the first glimmering of the dreadful truth percolated his startled mind."
". . . to himself he was a quiet, all-powerful ghost, seated, comfortable and protected,
in the shell of his body, able to see and comprehend everything, but too mighty and too important to direct any of the drivelling little matters which made up his immediate
world."
"In a few minutes now he would attain the peak of that ascendancy over his fellow-
mortals when the body, so important to them, was for him literally nothing; not even
a dull encumbrance, not even a nerveless covering but a nothingless, an unimportant,
unnoticed element."

Typo: "signed his name on the back of the little blue bill with a nourish".

Resources:
- "a small percentage of digitalin": "A standardized mixture of digitalis glycosides used as a cardiotonic in the treatment of congestive heart failure." (Medical Dictionary HERE).
- Eternal Triangle: "A love triangle (also called a romantic love triangle or a romance triangle or an eternal triangle) is usually a romantic relationship involving three or more people. While it can refer to two people independently romantically linked with a third, it usually implies that each of the three people has some kind of relationship to the other two." (Wikipedia HERE).
- "a Thérèse Raquin paralytic": A reference to an 1868 novel by Emile Zola. "They must also tend Madame Raquin, who suffered a stroke after Camille's death. She suffers a second stroke and becomes completely paralyzed (except for her eyes), after which Thérèse and Laurent accidentally reveal the murder in her presence during one of their many arguments." (Wikipedia HERE). 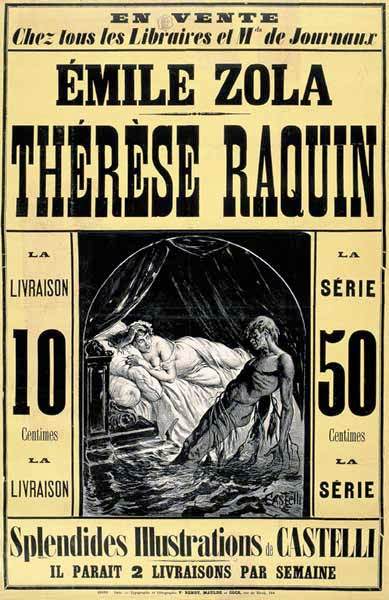 - "Nine drachms of the tincture": A druggist's (or British chemist's) measure. (Wikipedia HERE).
- "Even the great Tardieu had been unable to state positively if it was digitalin that had been used in the Pommeraise case": Auguste Ambroise Tardieu was "a French medical doctor
and the pre-eminent forensic medical scientist of the mid-19th century." (Wikipedia HERE).
For more about the "Pommeraise case," see Geri Walton's article (HERE). 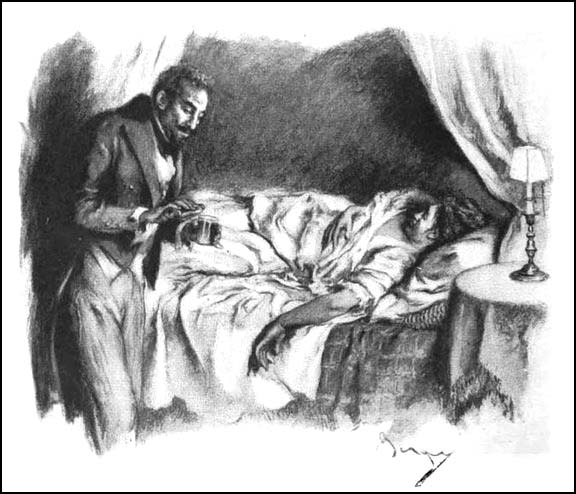