YOU COULD CALL it "The Damon Runyon Syndrome," in which writers become so enchant-ed with Runyon's stylistics that they attempt their own versions. Sometimes it works and sometimes it doesn't; we'll let you decide if today's author succeeds at it, as he has his sports maven sleuth investigating the case of . . .
"Baldy and the Dead Southpaw."
By Jack Kofoed (John Christian Kofoed, 1894-1979). 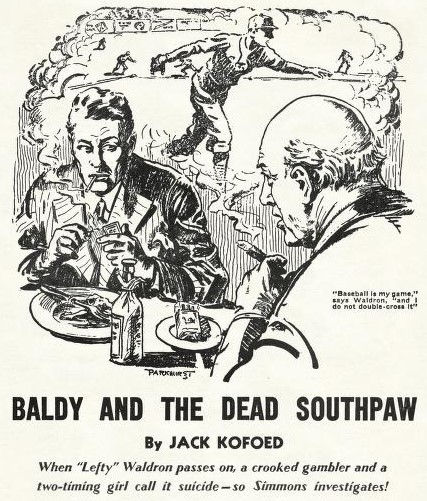 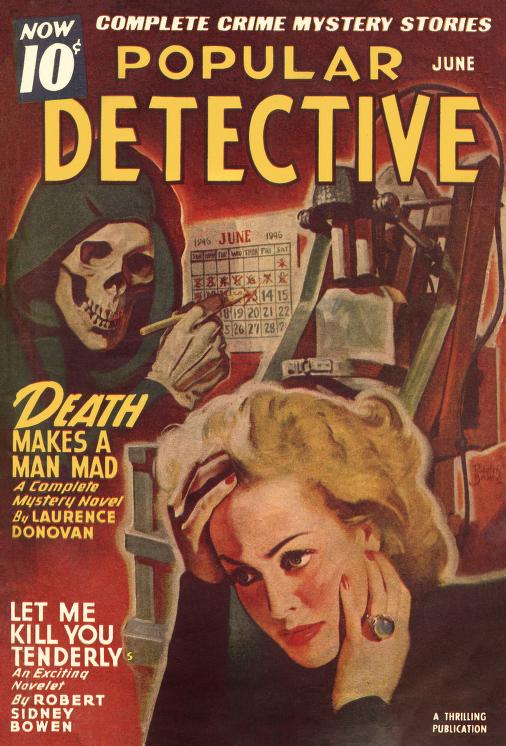 Short short story (8 pages).
Online at Archive.org starting (HERE) and finishing (HERE).
". . . it is reported that cemeteries are full of people he bumps off. This situation makes me very unhappy."
Lefty might be a great player, but rather shortsightedly he has also set himself up to take a great fall . . . .
Comment: Our story isn't fair play, since the decisive clue comes, you could say, out of left field.
Principal characters:
~ Lefty Waldron:
". . . baseball is my game, and I do not double-cross it under any circumstances."
~ Johnny O'Keefe:
"Gimme the key, or you have no more nose left than an oyster."
~ Pop:
"Well, he snatches her, and she snatches him, so maybe you use the proper term."
~ McElmurray:
"After all, there is a back stairway, and I am not like Argus, who has eyes in practically every corner of his head."
~ Wippenberger:
"Suicide beyond any shadow of a doubt. I find powder burns on the temple."
~ Whispering Jones:
"I am not such a person as allows himself to be pushed around by a couple of hunkies just out of police school."
~ Pony McCoy:
". . . looks, and utters a scream so high-pitched it makes the walls shake."
~ The D.A.:
"It seems to me, though, that in this instance you go slightly off the beam."
~ Baldy Simmons:
"Dear, dear. I am very unhappy about this, and hate to open the bedroom door."
References and resources:
- The FictionMags thumbnail about Jack Kofoed: "Journalist, editor, and writer. Born in Philadelphia, Pennsylvania; died in Miami, Florida."
- Our story features Jack Kofoed's series character, "Baldy" Simmons; altogether, Baldy appeared in 34 stories, the majority of them in Thrilling Sports and three in Popular Detec-tive, the latter being listed below:
(1) "Baldy Simmons and the T-Bone Murder," Popular Detective, April 1946
(2) "Baldy and the Dead Southpaw," Popular Detective, June 1946 (above)
(3) "Baldy and the Strip Tease Murder," Popular Detective, August 1946.
- "the star southpaw": It's no disgrace:
"Southpaw is another name for a left-handed individual, particularly in sports" (Wikipedia HERE).
- "legs like Marlene Dietrich": They weren't bad but might have been overrated:
"Marie Magdalene 'Marlene' Dietrich (1901-92) was a German-born American actress and singer. Her career spanned from the 1910s to the 1980s" (Wikipedia HERE). 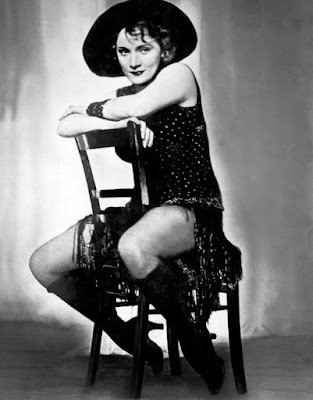 - "a John Roscoe": For a while there everybody was calling it that:
"A pistol is a handgun, more specifically one with the chamber integral to its gun barrel, though in common usage the two terms are often used interchangeably. The English word was introduced in ca. 1570 – when early handguns were produced in Europe and is derived from the Middle French pistolet (ca. 1550), meaning a small gun or knife" (Wikipedia HERE).
- "than Dillinger": To the world he was the gangster par excellence; he was also a publicity hound:
"Dillinger courted publicity. The media ran exaggerated accounts of his bravado and colorful personality and cast him as a Robin Hood" (Wikipedia HERE). 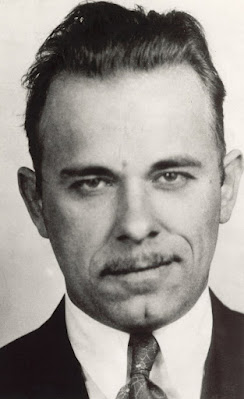 - "schneider somebody": In Johnny's case the game is gin rummy:
"Schneider is a term used in many card games for a low card point score that results in boosting an opponent's game score. The threshold is usually half the total points needed for a win; below the threshold, the player or team is Schneider; above it they are 'out of Schneider'" (Wikipedia HERE).
- "competing with Rita Hayworth or Paulette Goddard": Two wildly popular '40s screen stars:
"Rita Hayworth (born Margarita Carmen Cansino, 1918–87) was an American actress, dancer, and producer. She achieved fame during the 1940s as one of the era's top stars, appearing in 61 films over 37 years. The press coined the term 'The Love Goddess' to describe Hayworth after she had become the most glamorous screen idol of the 1940s. She was the top pin-up girl for GIs during World War II" (Wikipedia HERE); "Paulette Goddard (born Marion Levy, 1910–90) was an American actress, child fashion model and a performer in several Broadway productions as a Ziegfeld Girl; she became a major star of Paramount Pictures in the 1940s. Her most notable films were her first major role, as Charlie Chaplin's leading lady in Modern Times, and Chaplin's subsequent film The Great Dictator" (Wikipedia HERE). 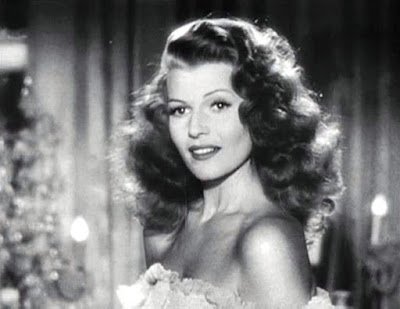 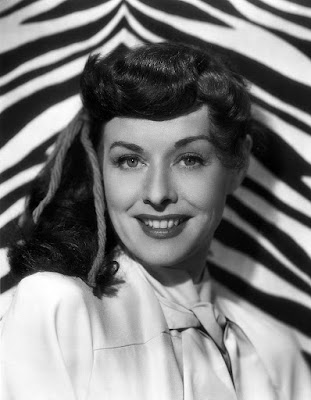 - "Argus": No place to hide from him:
"Argus Panoptes (All-seeing; Ancient Greek: Ἄργος Πανόπτης) or Argos (Ancient Greek: Ἄργος) is a many-eyed giant in Greek mythology. The figure is known for having generated the saying 'the eyes of Argus', as in to be 'followed by the eyes of Argus', or 'trailed by' them, or 'watched by' them, etc. These terms are used to describe being subject to strict scrutiny in one's actions to an invasive, distressing degree" (Wikipedia HERE).
- "Primo Carnera's brothers": One tough guy:
"Primo Carnera (1906–67), nicknamed the Ambling Alp, was an Italian professional boxer and wrestler who reigned as the boxing World Heavyweight Champion from 29 June 1933 to 14 June 1934. He won more fights by knockout than any other heavy-weight champion in boxing history" (Wikipedia HERE).
- "You ask more questions than Phil Baker, though I do not get sixty-four dollars for any answer": Baker was well known as a radio voice at the time:
"Phil Baker (1896–1963) was an American comedian and emcee on radio. Baker was also a vaudeville actor, composer, songwriter, accordionist and author" (Wikipedia HERE); "Take It or Leave It was radio quiz show, which ran from April 21, 1940 to July 27, 1947 on CBS radio. It switched to NBC radio in 1947, and on September 10, 1950, the name of the program was changed to The $64 Question"; ". . . during the 1940s, 'That's the $64 question' became a common catchphrase for a particularly difficult question or problem" (Wikipedia HERE). 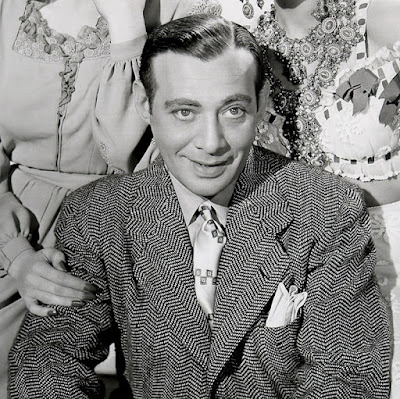 - "Boris Karloff": For forties audiences, the last word in scary:
"William Henry Pratt (1887-1969), better known by his stage name Boris Karloff, was an English actor who starred as Frankenstein's monster in the horror film Franken-stein (1931), which established him as a horror icon. He reprised the role in Bride of Frankenstein (1935) and Son of Frankenstein (1939)" (Wikipedia HERE). 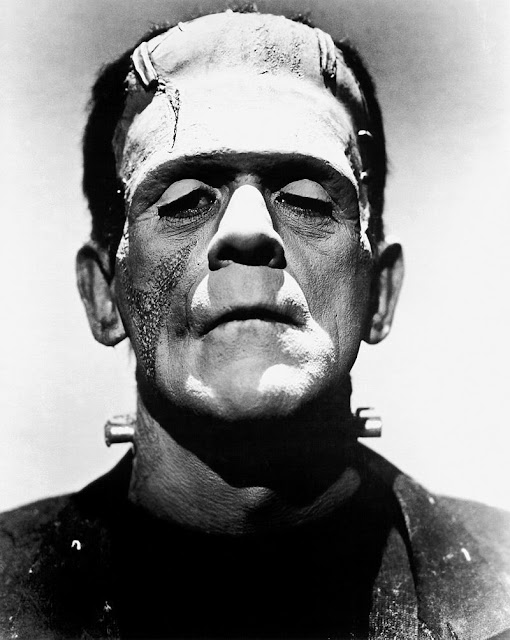