SOMETIMES KIDS' imaginations spin out of control, as the following narrative amply demonstrates. A word of caution from the author, however: "Here’s a special holiday story
for all my fans on Christmas Eve (but, fair warning, don’t expect it to be heartwarming!)."

"We have to get Santa before he gets us!" 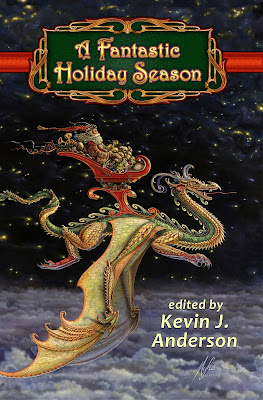 Could Jeff be right?

"He sneaks down the chimney, and he carries an empty sack with him. And when he knows he’s in a house where there’s a naughty kid, he goes into their bedroom and grabs them, and stuffs them in the sack! Then he pushes them up the chimney and throws the bag in the back of his sleigh with all the other naughty little boys and girls. And then he takes them back up north where it’s always cold and where the wind always blows—and there’s nothing to eat."

"He pictured Santa Claus heaving himself out from the fireplace, pushing aside the grate and stepping out into the living room. His eyes were red and wild, his fingers long claws, his beard tangled and stained with the meal he’d had before setting out in his sleigh—perhaps the last two children from the year before, now scrawny and starved. He would have snapped them up like crackers."

Resources:
- Kevin James Anderson has been publishing SFF for well over thirty years; see Wikipedia (HERE), the SFE (HERE), and his film and TV projects at the IMDb (HERE).

"Who has been poisoning your mind, little girl?"

THE SAGE OF BAKER STREET died in a great fall craftily engineered by his literary creator. Everyone who cared about him mourned his passing—until, mirabile dictu, he returned from the dead! Here's a true account of what happened one Yuletide eve after
his timely return: 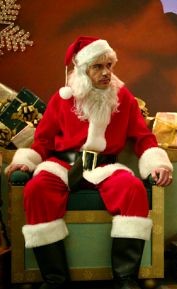 "He fastened a rope about my waist and lowered me to the hearth; then he secured the rope to the chimney pot and himself slid down. Fortunately the fire was out."

Holmes always did have a flair for the dramatic: "One glance at the contents of the trunk
and I fell back with a cry of horror. A human body, horribly mangled, as if by an explosion
of dynamite, was before me!"

Resources:
- In his day, humorist Bert Leston Taylor was a well-known columnist and author whose satires infrequently strayed into SFF territory; see Wikipedia (HERE), the SFE (HERE),
and the ISFDb (HERE). 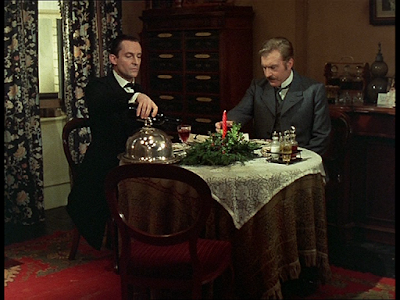 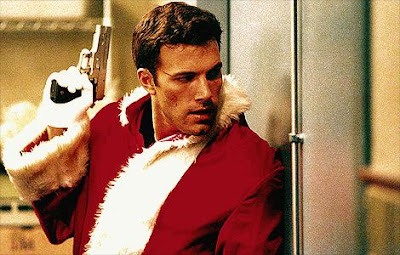 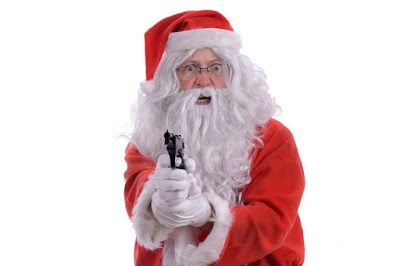 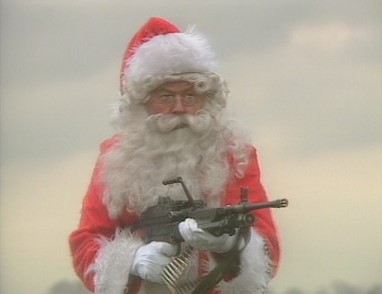