"Unless I Miss My Guess, This Is No Diamond Bracelet but Is the Kind of Thing a Copper Might Flash on Occasion" 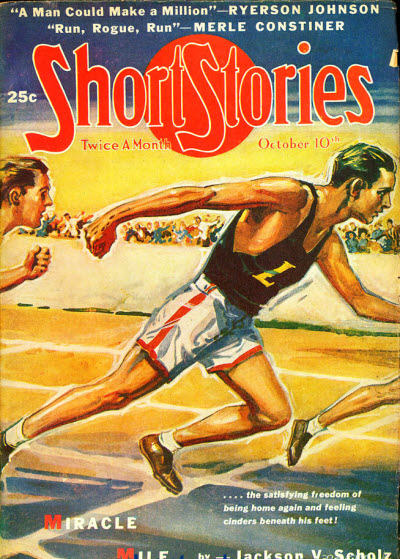 "Santa Claus Just Has to Keep Out of the Police Lineup"

It just so happens that Charlie Malone, an amiable dip, chooses this time of year to grow a big, bushy beard that makes him a dead ringer for Youknowwho, but he has no idea about how doing that's going to put him squarely in the middle of a blackmail plot . . .

Comoedia personae:
~ Charlie Malone:
"Now hold it just a minute, boys. You got me all wrong. I’ve been behavin’ myself."
~ Pat Rosen:
"All I got to say is you picked a fine time of da year to put on a beaver for a disguise."
~ Mrs. J. Anthony Abernathy Dinkler:
"Nobody who looks so much like jolly Santa could be dishonest."
~ Lou McGuire:
"Well, lady, it’s your funeral. If you wake up tomorrow morning and find everything
but the plumbing gone, don’t be surprised."
~ Mr. J. Anthony Abernathy Dinkler:
"What happened to my wife’s diamond bracelet?"
~ J. Anthony Abernathy Dinkler, Jr.:
"Santa, are you sure there wasn’t a Junior Detective set in your bag for me?"
~ Mr. Tom Neil:
"I don't believe in Santa Claus."
Comment: Light-hearted Runyonesque caper of high society rubbing against low life:
"There are many things associated with the Christmas spirit that a man such as me
cannot understand."
Typo: "arc old stuff"

Resources:
- "Runyonesque": It's in the dictionary (HERE); one of Damon Runyon's most famous characters was "The Lemon Drop Kid" (HERE); and Runyon's influence is still being
felt in fiction today (HERE).
- A criminous Christmas-themed anthology that has stood the test of time is Thomas Godfrey's Murder for Christmas, featured on ONTOS (HERE). 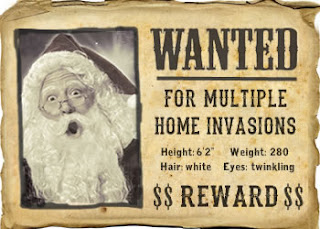