"Brillo, Put Him Down"

LAST MONDAY we featured a satirical story about what might happen if robot police ever became the norm (HERE), which one could regard as a light-hearted version of today's tale. Now, many people incorrectly assume that satire must be humorous in some way ("The Perfect Cop" certainly has such moments), but this is a misapprehension that Wikipedia (HERE) is careful to disabuse us of:

"Laughter is not an essential component of satire; in fact there are types of satire that are not meant to be 'funny' at all. Conversely, not all humour, even on such topics as politics, religion or art is necessarily 'satirical', even when it uses the satirical tools of irony, parody, and burlesque."

Our next story also entertains the notion that robots might be employed as law enforcement officers; because at least half of it came from the typewriter of professional "troublemaker, malcontent, desperado" (his words) Harlan Ellison, however, you can be sure there won't be much humor in it. The fact that the story became the subject of a 1980 lawsuit by the authors gave it a short-lived notoriety; despite its checkered past, though, it remains worth at least one reading (and we apologize for the missing page, even though we didn't cause it). 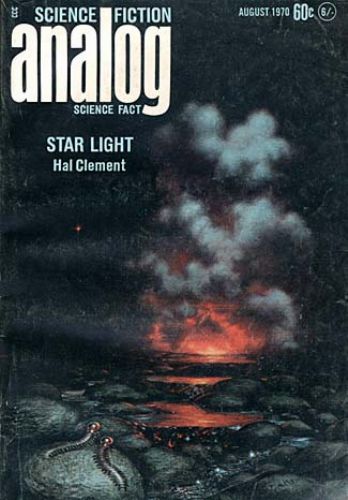 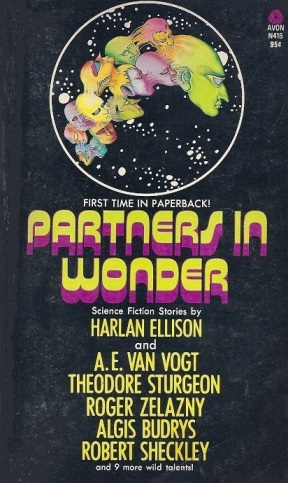 Online at The Luminist Archive (HERE; slow load; to access the story, it will be necessary to download the magazine as a PDF,
115 MB; then go down to magazine page 134; and be sure your anti-virus is up to date).
(Note: Most of page 153 is missing, but the story is still comprehensible.)

"We're trying to help the policeman, not get rid of him."

Major characters:
~ Brillo, Model X-44:
"Buzzing softly—the sort of sound an electric watch makes—he stood inert in the center of the precinct station's bullpen, his bright blue-anodized metal a gleaming contrast to the paintless worn floorboards."
~ Frank Reardon:
"Why do they all look so tired? And why do they seem to look wearier, more frightened, every time they look at the robot?"
~ Kenzie, "the whiz kid":
". . . had a storm window salesman's tone even when he was trying to be disarming."
~ Captain Summit:
"They're still afraid of machines, you know."
~ Mike Polchik:
"He's bright, he's on his toes, he maybe isn't Sherlock Holmes but he knows the feel of a neighborhood, the smell of it, the heat level."
~ The FBI man:
"Too bad we couldn't use him." 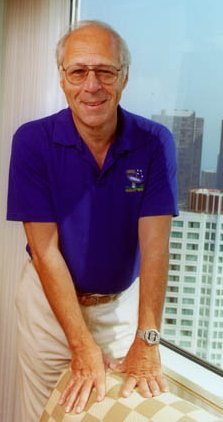 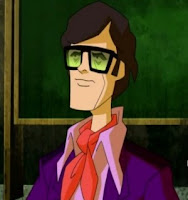 - An article at PoliceOne.com sees a bright future for robot cops:

"Future generations of robots will eventually possess similar refined motor skills of manual manipulation. Unlike the current rudimentary bomb robots on tracks and wheels, these future robots could apprehend suspects, physically restrain subjects, and deploy less lethal ammunition to protect the public. Similar to other industries, robotics may become a viable augmentation to officers in the field, with a distant possibly of replacing human officers alto-gether to meet the future challenges of policing."
— Gregory Mar, "Policing in 2025: How Robots Will Change SWAT, Patrol" (HERE) 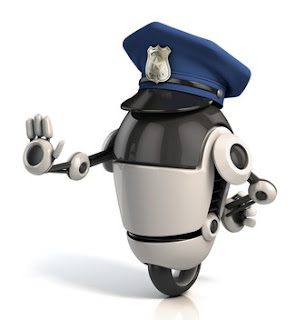 - A story with a nearly identical theme but with a wildly divergent plotline is Harry Harrison's "Arm of the Law" (HERE).