IN 1941 science fiction and fantasy writers fondly imagined the surfaces of Venus and Mars as places where people could run around in shirt sleeves; if only . . . 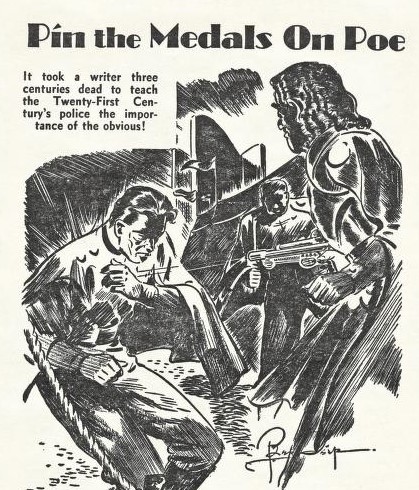 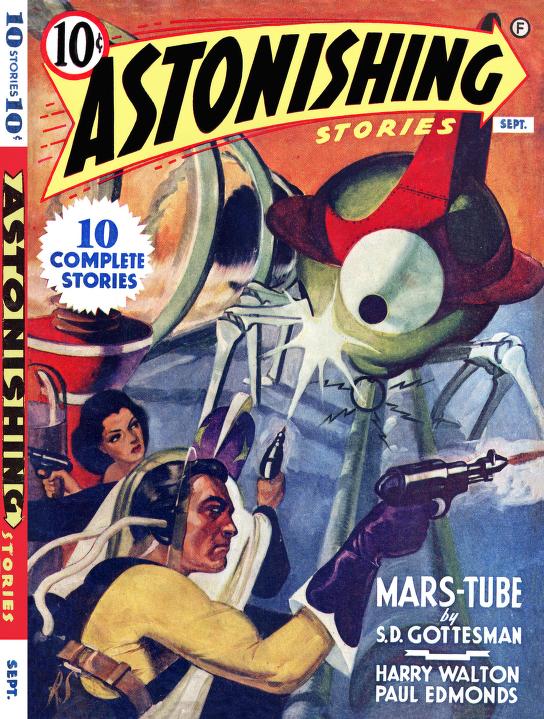 "I figured there was only one place in Midland City that you could see three people from other worlds and not get suspicious . . ."

Principal characters:
~ Police Chief Xenophon Marks, of the W.B.I.:
"Reading again, eh, Dugan?"
~ Inspector Eddie Dugan:
"This is a book of stories by a fellow named Edgar Allan Poe."
~ Patrolman Quinby Cobb:
". . . whose failure to observe small and seemingly unimportant details had often kept him from promotion in the past, did not notice the grim lines at the corners of the inspector's mouth."
~ James Winthrop, Chief of the W.B.I.:
". . . stood smiling into the visa-plate . . ."
~ Pher Nor:
". . . made a successful break from the prison mines at Navvar, Venus; walking unmolested through the gates marching two other prisoners before him at the point of a deadly pneu-
matic handgun."

Resources:
- Apart from the name he used here (what did the "F" stand for, we wonder), Reeds also wrote SFF under the byline of "Anthony Riker"; as you can see, his bibliography isn't what could be called extensive.
- "by the magic of cunningly-concealed light transformed from strips of painted carnival scenery to the black reaches of outer space.": Unlike the one in our story, an amusement park "spaceship" that proved to be more than anyone thought was featured in an Outer Limits episode, "Second Chance" (IMDb HERE). 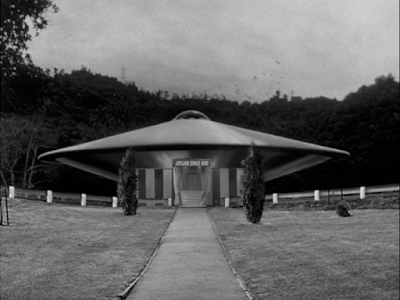