"While You Were Gone, We Had a Murder"

IMPOSSIBLE CRIMES were a specialty of our author, and while he does push the envelope of plausibility in today's story, it could work—if you don't think about it too much . . . 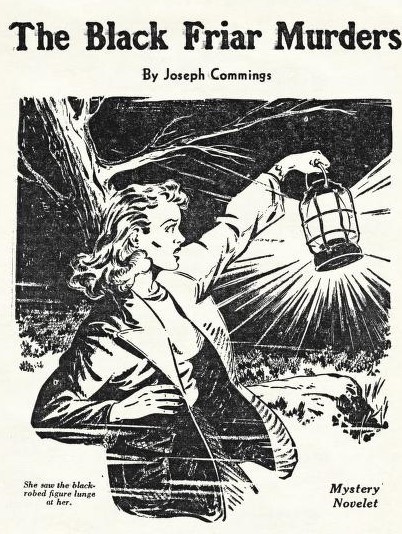 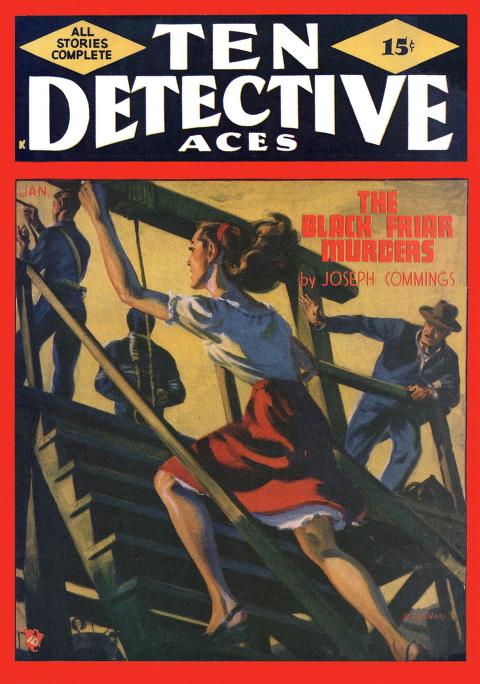 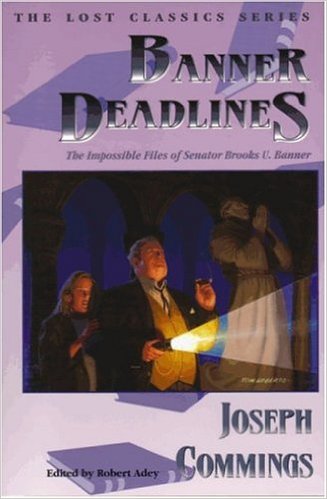 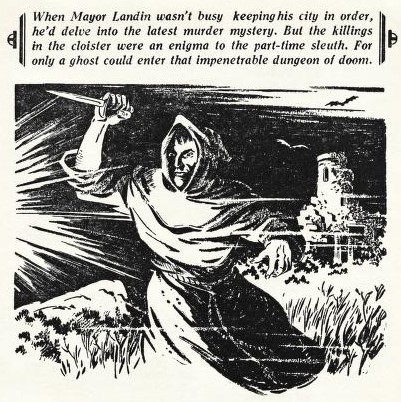 "He left the cell at will and roamed in the night, seeking blood."

A woman who knows too much is murdered in a classic locked room situation by none other than, if legend is to be believed, an evil monk who lived and died centuries ago; further complicating matters is another killing coming close on the heels of the first one. What started out as an innocent invitation to Thanksgiving dinner will likely end up in a double funeral—with possibly more to come, unless this mad, murderous spectral monk can be stopped first . . .

Major characters:
~ Viki Martinique:
". . . vice queen, the notorious Lavender Lady."
~ Eric Bayne:
"He's the man with no face."
~ Carrie Ponzi:
"I know who Eric Bayne is."
~ Alonzo Ponzi:
"You know, the cloister is haunted."
~ Pam Thackery:
"A friend of Carrie's. Pam's staying with us."
~ Sherry McCord:
"I don't wanna stay here any longer than I have to."
~ Ben Dolan:
"In that getup he looked like a low-budget movie director's dream of the perfect sleuth."
~ Friar App:
"The tangle of black hair growing on the backs of his hands and fingers made them look
like two five-legged tarantulas plucking at the sides of his habit."
~ Mayor Thomas Landin:
". . . they use me for transfusions to bloodhounds."

Comment: This is how to do an impossible crime story right—plenty of suspects.

Typo: "we'll know all we'll ever have know".

Resources:
- "a program for Rimsky-Korsakov's opera Le Coq d'Or": Not the usual lady's purse item.
"The Golden Cockerel is an opera in three acts, with short prologue and even shorter epilogue, composed by Nikolai Rimsky-Korsakov, his last opera he completed before his death in 1908. Its libretto written by Vladimir Belsky derives from Alexander Pushkin's 1834 poem The Tale of the Golden Cockerel. The opera was completed in 1907 and premiered in 1909 in Moscow, after the composer's death. Outside Russia it has often been performed in French as Le coq d'or." (Wikipedia HERE).
- "the role of Octavian in productions of Der Rosenkavalier": One of Richard Strauss's comic
operas. "The opera has four main characters: the aristocratic Marschallin; her very young lover, Count Octavian Rofrano; her brutish cousin Baron Ochs; and Ochs' prospective fiancée, Sophie von Faninal, the daughter of a rich bourgeois. At the Marschallin's sugges-tion, Octavian acts as Ochs' Rosenkavalier by presenting a ceremonial silver rose to Sophie. However, the young people fall in love on the spot, and soon devise a comic intrigue to extricate Sophie from her engagement. They accomplish this with help from the Marschallin, who then yields Octavian to the younger woman." (Wikipedia HERE).
- "illicit sugar selling": Thanks to wartime rationing; see The Saturday Evening Post online
(HERE).
- "Sherry shook a parson's nose at him": A case where culture and the culinary arts
intersect. "The term 'parson’s nose' comes from the idea of an arrogant English
parson having 'his nose in the air' like a chicken’s rear. If you’re wondering, it’s the
butt of every joke." (Food Republic HERE).