"This Time the Nebula Had Committed Murder!"

FROM WHAT WE'VE READ so far during our random perambulations through the Interweb, not very many SFF stories combine the newspaper biz with the Raffles/Robin Hood trope and set the whole thing on another planet, but one that does is . . .
"Enter the Nebula."
By Carl Jacobi (1908-97).
Illustration by H. Leydenfrost (1923-2003; HERE). 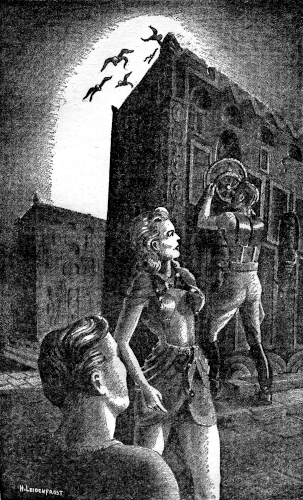 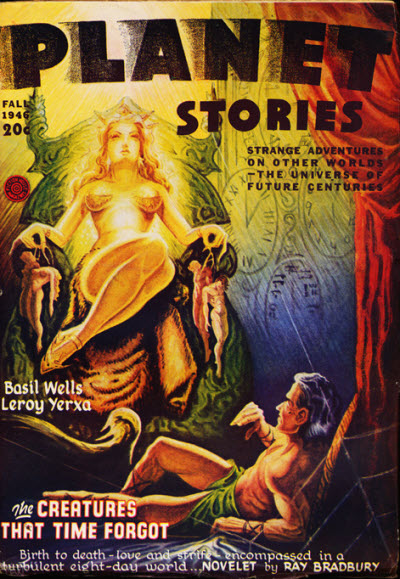 Novelette (20 pages as a PDF).
Online at Project Gutenberg (HERE).
"The greatest cracksman in the Galaxy—The Nebula ... mocked by a gay voice that called herself Andromeda, who led him into danger—and into the hands of his enemy!"
Can a superthief turn into a superhero? He can if he's the right man in the right place at the right time to foil a genocidal plot on the Red Planet . . . .
Main characters:
~ The Nebula:
". . . he's the Robin Hood of the day, if you can possibly remember your ancient history. Two years ago he swiped the electrolic jewels from the atomic motors of the Fortuna, the gambling space ship, broke them into two hundred parts and gave them to the Society for Orphaned Children. A year ago he entered the inner rooms of the Venus Gallery and made off with the Cosmic Lady, the greatest painting of the age. The man's a wizard. No vault door, no lock mechanism keeps him out. He walks in, takes what he wants, and leaves before the I.P. men know what's happened. All they find is that little pastel-blue card with the cluster of white dots in the shape of the Constellation Orion. That's what gave him the name of the Nebula, you see."
~ Phil Hanley, reporter for the Martian Globe:
"Do you know what that lopsided jackass wants me to do? Get a personal interview with the Nebula. For all I know, the Nebula might be a four dimensional robot."
~ McFee:
"Did the old man really hand you that for an assignment?"
~ Jimmy Starr:
"So this much Jimmy knew—his father had been murdered and the Chronicles cypher taken by a man who walked in the highest brackets of the System's social worlds."
~ Andromeda:
"I know your secret. . . . I'm not going to let the cat out of the bag. But I will, unless you agree to follow my orders."
~ Hamilton Garth:
"That's odd. The W series of files are all unused. There's nothing in any of them."
~ Linda Hall:
"Do you realize, Mr. Starr, you haven't even asked me my name?"
References and resources:
- ". . . what do you know about the canals?": In our story they're being re-engineered by humans. In the real past, though, Mars's "canals" actually were the result of intelligent minds—on this side of the telescope, exciting feverish speculation for years and affording speculative fiction writers like Wells unlimited imaginative license:
"During the late 19th and early 20th centuries, it was erroneously believed that there were 'canals' on the planet Mars. These were a network of long straight lines in the equatorial regions from 60° north to 60° south latitude on Mars, observed by astronomers using early low-resolution telescopes without photography. They were first described by the Italian astronomer Giovanni Schiaparelli during the opposition of 1877, and confirmed by later observers. Schiaparelli called these canali, which was translated into English as 'canals'. The Irish astronomer Charles E. Burton made some of the earliest drawings of straight-line features on Mars, although his drawings did not match Schiaparelli's. Around the turn of the century there was even speculation that they were engineering works, irrigation canals constructed by a civilization of intelligent aliens indigenous to Mars. By the early 20th century, improved astronomical observations revealed the 'canals' to be an optical illusion, and modern high-resolution mapping of the Martian surface by spacecraft shows no such features." (Wikipedia HERE). 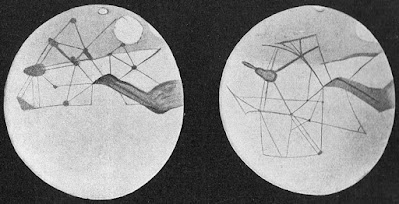 - "the juke box age of the twentieth century": Kids loved them; parents not so much:
"The word 'jukebox' came into use in the United States beginning in 1940, apparently derived from the familiar usage 'juke joint', derived from the Gullah word 'juke' or 'joog', meaning disorderly, rowdy, or wicked. As it applies to the 'use of a jukebox', the terms juking (verb) and juker (noun) are the correct expressions." (Wikipedia HERE). 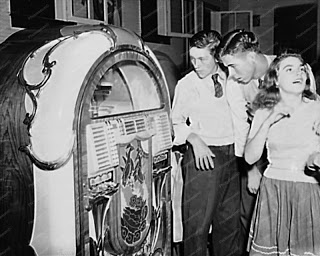 - "double talk": At one time a great way to get laughs (Wikipedia HERE).
- Here's the idea of racial extinction ten years before Hollywood glommed onto the notion; see (WARNING! SPOILERS! Wikipedia HERE and HERE).