"Something Shrewd Was Called For" 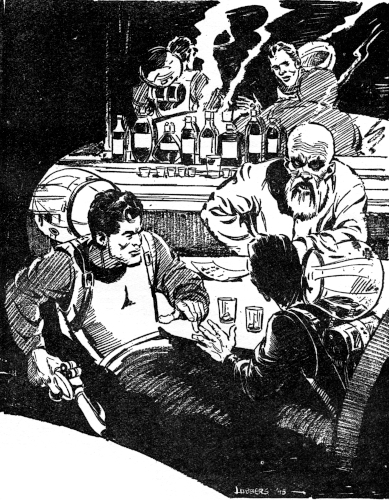 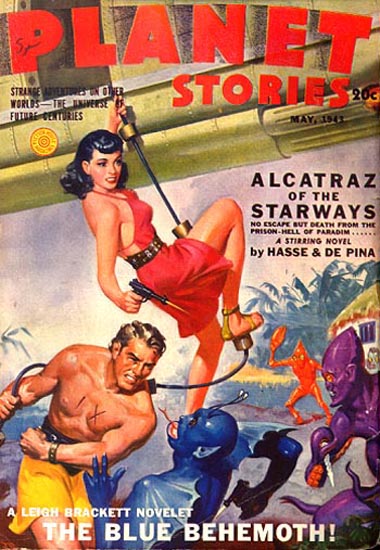 Main characters:
~ Joe Mallon:
"The only thing that needs purifying around here is that blasted mayor's conscience."
~ Harvey Ellsworth:
"Joseph, the good-natured artist in me has become a hard and merciless avenger. I shall not rest until we have had the best of this colonial con-man!"
~ Angus Johnson:
"The saloon man removed his dirty apron and came around the bar. 'If that's an apology,
I accept it. Now the mayor'll discuss filling your tanks. That's me. I'm also justice of the peace, official recorder, fire chief....'
"'And chief of police, no doubt,' said Harvey jocosely.
"'Nope. That's my son, Jed'."
~ Jed Johnson:
"Johnson's eight-foot son, topped by a massive roof of sun-bleached hair and held up by a foundation that seemed immovable, had obviously been born and raised in low gravity. For any decent-sized world would have kept him down near the general dimensions of a man.
He held out an acre of palm."
~ Genius:
"With four hands, Genius played deftly upon a pair of mellow Venusian viotars, using his other two hands for waiting on the table."

Comment: Snake oil salesmen used to be a dime a dozen; now government officials have largely supplanted them.

Resources:
- Planetoid 42 would qualify as a minor planet today; see Wikipedia HERE.
- Also see Wikipedia (HERE) for background on Horace Leonard Gold; as an editor, Gold's greatest creation involved other authors: "In 1950 he started Galaxy Science Fiction, which from the outset he made one of the leading sf magazines, and for the editing of which he remains best known—indeed, notorious. Afflicted with acute agoraphobia as a result of his wartime experiences, Gold worked from his apartment, doing much of his work by telephone. The emphasis of Galaxy reflected his interests in Psychology and Sociology, as well as Humour . . ." (The SFE HERE). For a bibliography, see the ISFDb (HERE).
- Being a true pulpster, Gold wrote in several genres, not just science fiction; he placed seven stories featuring his series character Gilroy in both SFF and crime zines (FictionMags data HERE). (Note: na = novella; nv = novelette; and ss = short story):
(1) "A Matter of Form" (na), Astounding, December 1938
(2) "Problem in Murder" (nv), Astounding, March 1939
(3) "Perfect Murder" (ss), Thrilling Wonder Stories, March 1940
(4) "I Know Suicide" (ss), Shadow Mystery, June/July 1947
(5) "Love Ethereal" (ss), Suspense Magazine, Fall 1951 (a.k.a. "Love in the Dark")
(6) "The Old Die Rich" (na), Galaxy Science Fiction, March 1953
(7) "At the Post" (nv), Galaxy Science Fiction, October 1953.
All of these were collected in Perfect Murders (2002; see ISFDb HERE and Amazon.com HERE). 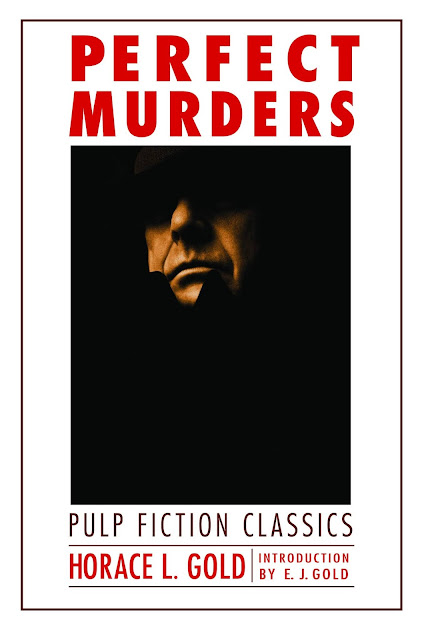 - One of Gold's SFF stories passed through EQ's editorial hands: "The Deadly Man," Fantastic, Summer 1952 (as "And Three to Get Ready...") in Ellery Queen’s
Mystery Magazine, August 1972. 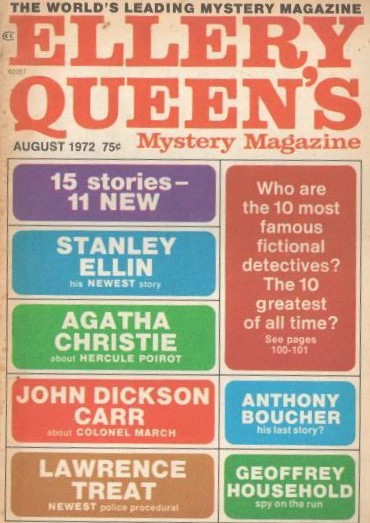