"Some Witnesses Were Bribed—and Others Were Murdered" 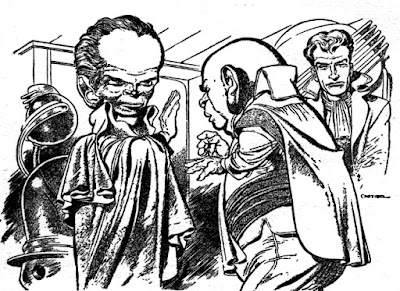 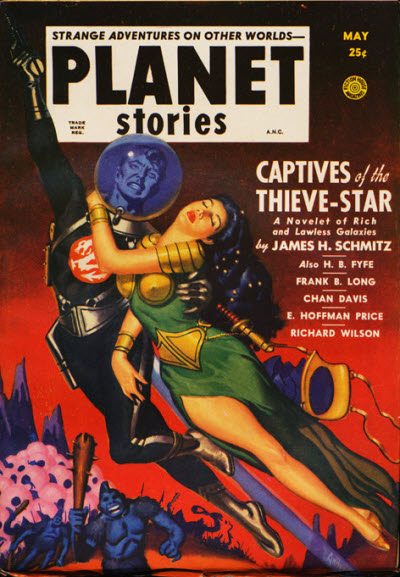 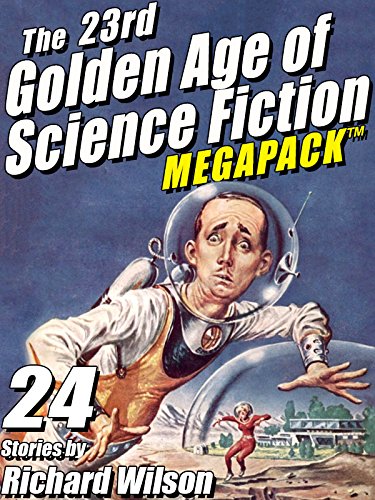 Short story (14 pages as a PDF).
Online at Project Gutenberg (HERE).
"It was the story behind the biggest story on Mars—how Fate had grimly reckoned with the Rockhead Rastol—but Scott Warren of Galactic News couldn't write it ... yet."
It's been said that one man's George Washington is another man's Osama bin Laden. It all depends, we suppose, on who you're talking to at the moment. In the case of the head of GNS's Mars bureau, he is unwittingly on his way to finding out. While it's true that "democratic government returned to Mars and everything was dandy—for a while," in the background, ever present if not seen, hover "the stench of Druro" and the man who "had no left arm" . . . .
Principal characters:
~ Scott Warren, the chief of the Mars bureau of Galactic News Service:
"He wished he could tell them the truth, a truth not dictated by Policy."
~ Ylia:
"At short range she never misses by so much as a hair."
~ Kring:
"Ylia's father was Kring, a sub-commissioner of commerce in the government of President Murain."
~ Toby Black:
". . . a W.G. investigator whose real job was known to only a few and who posed as a sales manager for a construction firm."
~ Rastol:
". . . had ability, of course, but he also had a tinge, if not a definite odor."
~ Acton:
"Look well. Is it a disguise?"
~ The Green Arrow:
"The Arrow's raids sparked slow-down movements and some sabotage and evoked Rockhead reprisals, against guilty and innocent alike."
Comment: The fact that our protagonist makes use of "his typewriter" in the future signals yet another failure to anticipate the potential of the recently developed transistor (Wikipedia HERE) and computers in general.
References and resources:
- "in the desert below Syrtis": Probably a reference to Syrtis Major Planum, named by Schiaparelli; see Wikipedia (HERE). 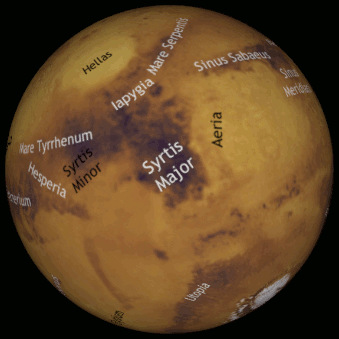 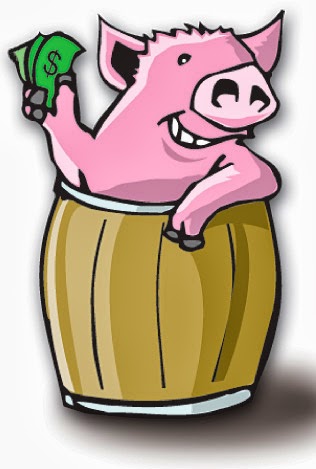 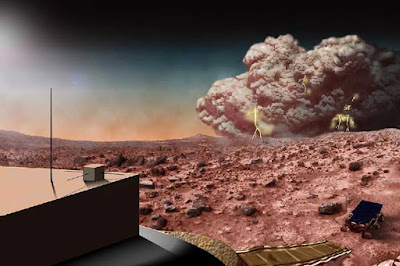 "The Manuscript Was Complete and Detailed, a Perfect Guide-plan to Murder"

THE PERFECT MURDER: When will killers learn it just won't work, not even when they establish a . . .
"Transcontinental Alibi."
By Anthony Boucher (William A. P. White, 1911-68). 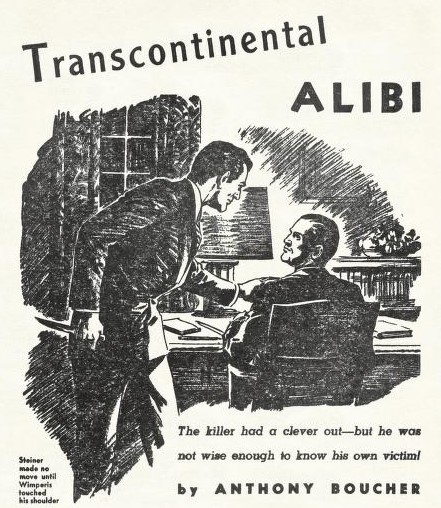 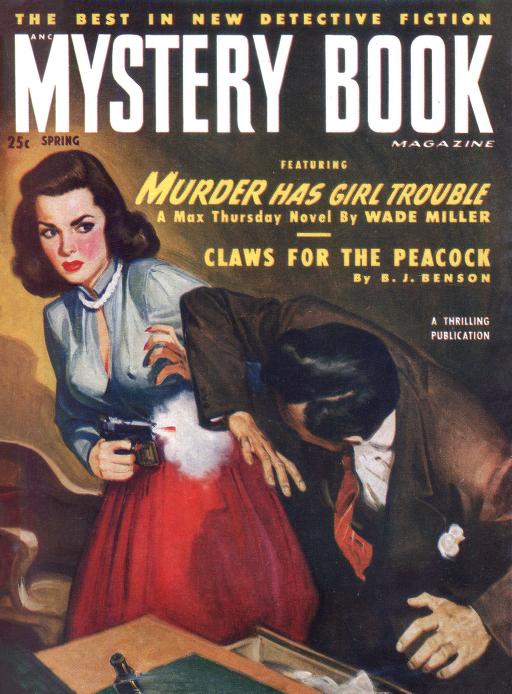 Short short story (5 pages).
Online at Archive.org (HERE).
"What man in all criminal history had ever boasted an alibi with millions of witnesses?"
Some partnerships weren't meant to last, but there must be more amicable ways of dissolving them than murder: "Knife in neck. Hold body away from spurt of blood . . . ."
Main characters:
~ Sidney Steiner:
"But partnership funds aren't private playthings."
~ Hugh Wimperis:
"He was extending his hand toward the phone when it rang."
~ Dr. Murdock:
"I heard it. And I don't believe it."
Reference and resources:
- "a C.P.A.": It's nearly impossible to cook the books when they're honestly at work; see Wikipedia (HERE).
- "Anthony Boucher" was the pen name of William Anthony Parker White, a West Coast dweller (which explains our story's setting), who not only critiqued fiction but also wrote it very well; see FictionMags (HERE) and the ISFDb (HERE). A review of his radio work collaborations is (HERE). 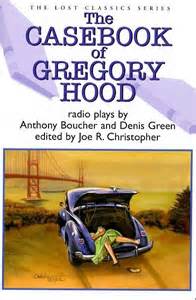 "We Need To Know If Sadie Saw Something—Anything"

Short short story (5 pages as a PDF).
Online at Daily Science Fiction (HERE).
"As a newly promoted detective, I'd been eager to try the ERS, but what if reliving the crime breaks Sadie?"
Is this the future of detection?
Named characters:
~ Cora Jenkins:
"Nice government scientist lady, a mom to boot, getting offed in her own house is chum for those sharks in the press, and we're out of suspects."
~ Sadie Jenkins:
"When I looked out again, I saw a man."
~ Colin Payne:
"Memories flood back."
~ Officer Caffrey:
"Now if you tell us who hired you, we might be able to keep you off death row."
Resources:
- Our author is very new to the SFF field; her short ISFDb bibliography is (HERE).
- The more technology advances, the more criminals should worry. Henry Kuttner anticipated the ERS in today's story over seventy years ago; see our posting about his technoproleptic story "Private Eye" (HERE). 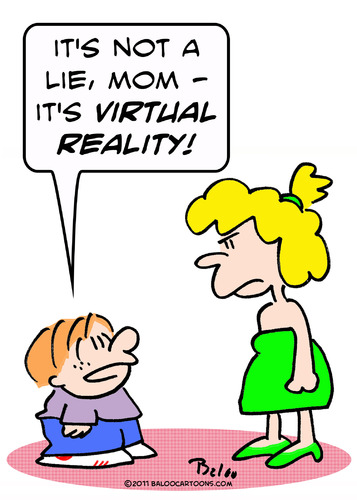 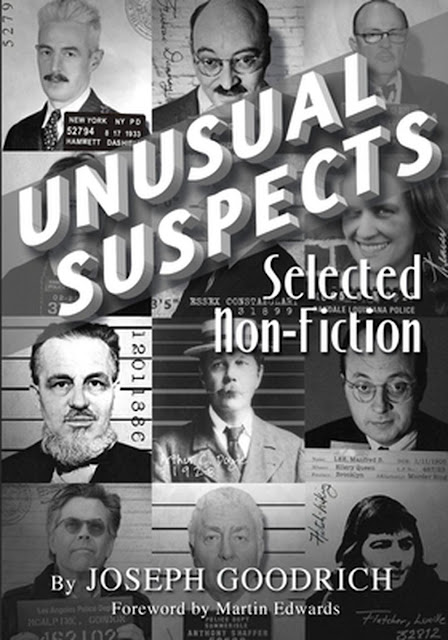 (Note: Most of this posting first appeared on Steve Lewis's Mystery*File weblog HERE.)
The latest issue of OLD-TIME DETECTION continues to maintain the high quality it has always enjoyed. Editor Arthur Vidro's choices of material are, as usual, excellent; the world of classic detective fiction, long neglected, gets a new lease on life with every number.
Indeed, nothing says "classic detective fiction" like commentary from Edward D. Hoch, an expert on the subject as well as a shining example of how to write it. Vidro reproduces two introductions by Hoch to mystery story collections. 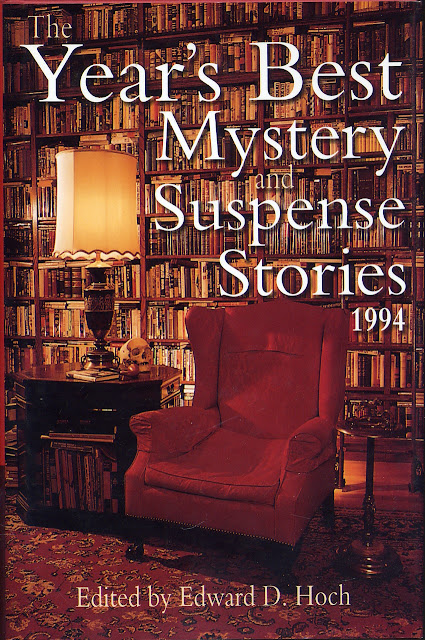 Ed Hoch's fiction output is the envy of many writers, almost always matching quantity with quality. In his review of Crippen & Landru's latest themed collection of Hoch's stories, Hoch's Ladies, Michael Dirda says it well: "His fair-play stories emphasize a clean, uncluttered narrative line, just a handful of characters, and solutions that are logical and satisfying. Each one sparks joy."
Next we have a valuable history lesson by Dr. John Curran concerning the earliest periods of the genre, "'landmark' titles in the development of crime fiction between 1841 and the dawn, eighty years later, of the Golden Age," especially as reflected in the publications of the Collins Crime Club.

Following Dr. Curran is a collection of perceptive reviews by Charles Shibuk of some pretty obscure crime fiction titles; for instance, have you ever heard of Brian Flynn's The Orange Axe ("highly readable, steadily engrossing, well-plotted, and very deceptively clued") or James Ronald's Murder in the Family ("an absolute pleasure to read from first page to last")? 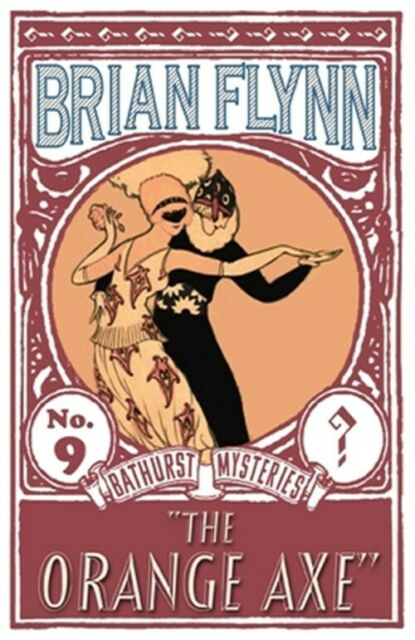 Cornell Woolrich was definitely not ignored by Hollywood, as Francis M. Nevins shows us in his continuing series of articles about cinema adaptations. The year 1947 was a rich one for films derived from Woolrich's works—Fall Guy, The Guilty, and Fear in the Night—but, as Nevins indicates, the quality of these movies is highly variable.

William Brittain is a detective fiction author who has been undeservedly "forgotten" of late, but a reprinting of one his stories ("The Second Sign in the Melon Patch", EQMM, January 1969) shows why he should be remembered: "She wondered if anyone in Brackton held anything but the highest opinion of her would-be murderer." 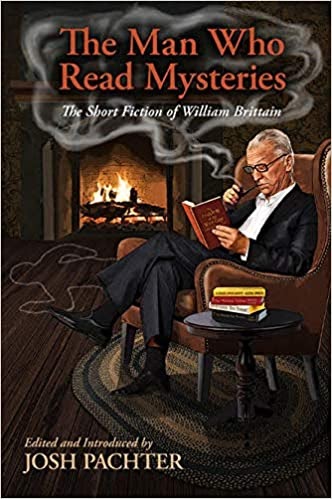 Charles Shibuk returns with concise reviews of (then) recently reprinted books by John Dickson Carr, Agatha Christie, Anthony Dekker, Ngaio Marsh, Ellery Queen, Dorothy L. Sayers, and Josephine Tey.
Dr. John Curran also returns. The world's leading expert on Agatha Christie tips us off as to developments in Christieworld: a new short story collection, the closure of the long-running play The Mousetrap as well as the cancellation of the in-person Agatha Christie Festival and uncertainty about the release date for Kenneth Branagh's version of Death on the Nile due to the beerbug, the publication of a new non-fiction book focusing on Hercule Poirot, and a radio play version of a previously unperformed non-criminous production by Dame Agatha dating from nearly a century ago. 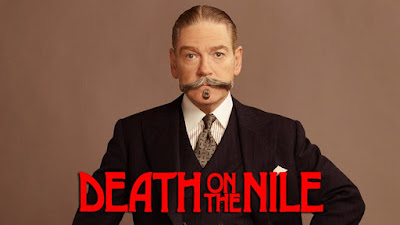 This is followed by a collection of smart reviews by John L. Breen (The Glass Highway by Loren D. Estleman), Amnon Kabatchnik (The Man in the Shadows by Carroll John Daily), Les Blatt (The Chinese Parrot by Earl Derr Biggers), Ruth Ordivar (The World's Fair Murders by John Ashenhurst), Arthur Vidro (The Kettle Mill Mystery by Inez Oellrichs), and Thor Dirravu (The Ten Faces of Cornell Woolrich, a collection).
Next we have Martin Edwards's foreword to Joseph Goodrich's collection of essays entitled Unusual Suspects (2020), which, Edwards is delighted to relate, "benefits from a quirky unpredictability and from being a mine of intriguing nuggets of information."
Rounding out this issue are the readers' reactions and a puzzle page, the latter a snap only if you're thoroughly familiar with the life and career of Hercule Poirot.
Altogether this is a most satisfying issue of OLD-TIME DETECTION.
Contents:
(1) The Non-fiction World of Ed Hoch, reprints of introductions (1972 and 2003) supplied by Edward D. Hoch, one for a collection of Mr. Tarrant stories and another for a mystery anthology.
(2) Mega-Review: Hoch's Ladies (2019) by Edward D. Hoch, reviewed by Michael Dirda.
(3) New Non-fiction: Landmarks in Crime Fiction Development (2019) by Dr. John Curran.
(4) Looking Backward, reviews (1976) by Charles Shibuk.
(5) The Woolrich Films: Part Five in a Series (1988) by Francis M. Nevins.
(6) Fiction: "The Second Sign in the Melon Patch" (EQMM, January 1969) by William Brittain.
(7) The Paperback Revolution (1971) by Charles Shibuk.
(8) Christie Corner (2020) by Dr. John Curran.
(9) Various reviews.
(10) New Non-fiction: Unusual Suspects (2020) by Joseph Goodrich, with Martin Edwards's foreword.
(11) The Readers Write.
(12) Puzzle Page.
~ ~ ~
Subscription information:
- Published three times a year: spring, summer, and autumn. - Sample copy: $6.00 in U.S.; $10.00 anywhere else. - One-year U.S.: $18.00 ($15.00 for Mensans). - One-year overseas: $40.00 (or 25 pounds sterling or 30 euros).
- Payment: Checks payable to Arthur Vidro, or cash from any nation, or U.S. postage stamps or PayPal. Mailing address:
Arthur Vidro, editor
Old-Time Detection
2 Ellery Street
Claremont, New Hampshire 03743
Web address:
vidro@myfairpoint.net
Resource:
- You can find last June's review of OTD (HERE).
~~~~~~~~~~~~~~~~~~~~~~~~~~~~~~~~~~~~~~~~~~~~~~~~~~~~~~~~~~~~~~~~~~~~~~~~~~~
Posted by Mike Gray at 10:28 AM 3 comments: 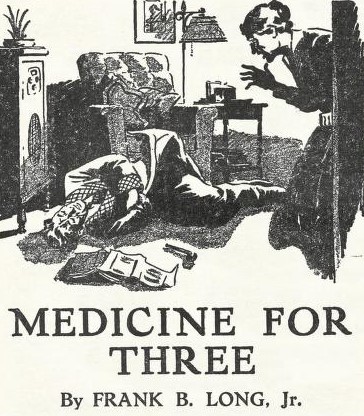 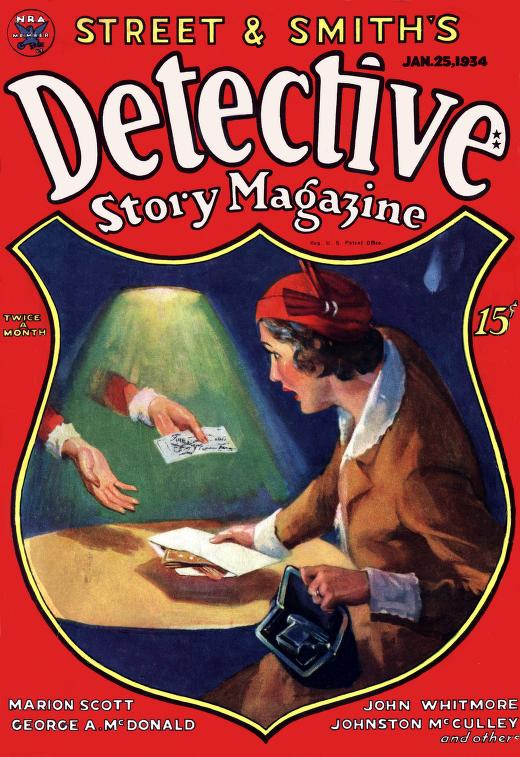 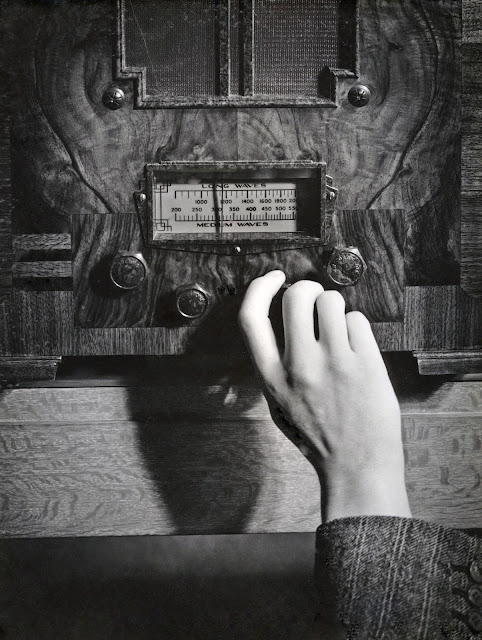 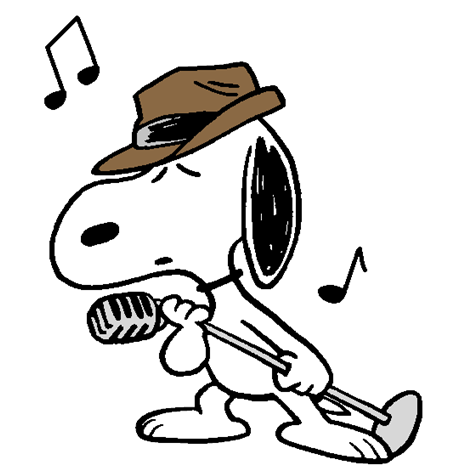 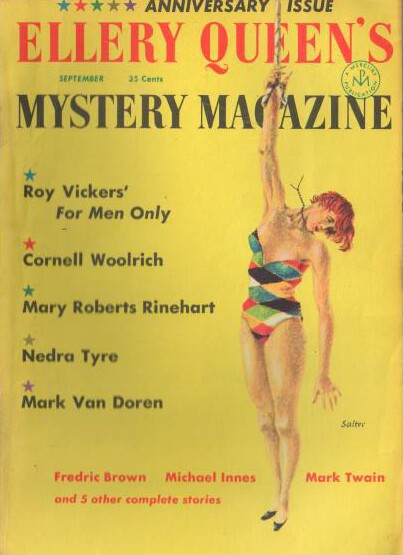 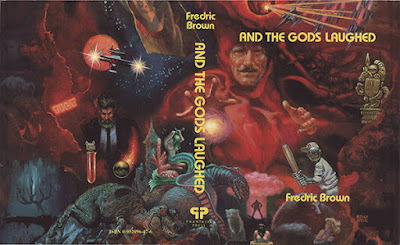 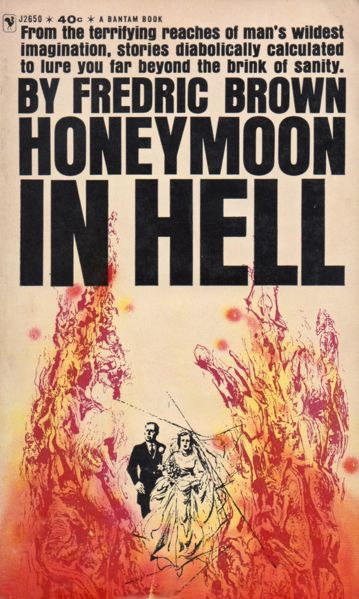 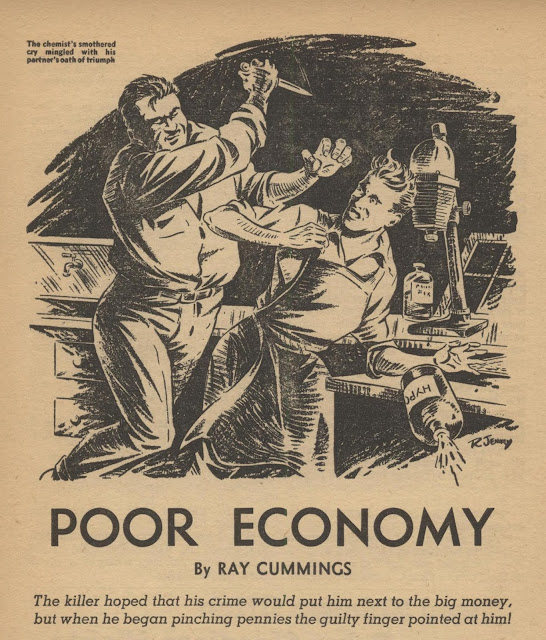 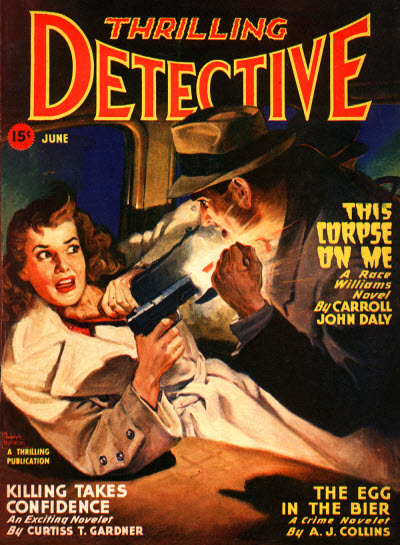 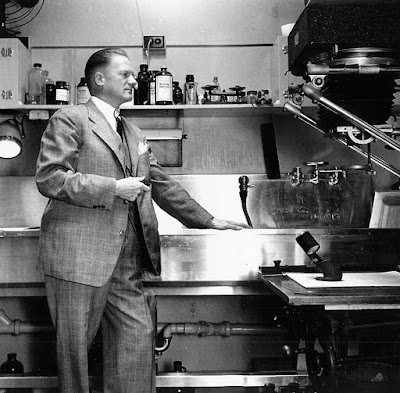