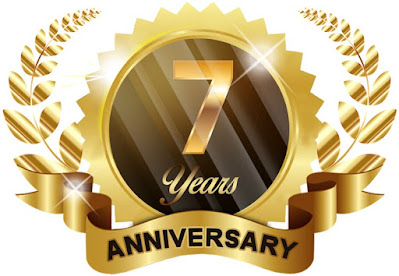 TOMORROW MARKS THE 7th anniversary of ONTOS, which premiered on September 24, 2013. When we started ONTOS, we conceived of it as basically a random walk through the Internet; nevertheless, we did have a definite goal in mind, one from which we are yet to deviate:

"Welcome to Ontos, a weblog for readers with a preference for detective fiction, science fiction, and literature in general. You can expect a lot of information and very little opinion (from me, anyway)."

This weblog got its start from, and is totally dependent on, something called a "hot link." Hard experience has taught us that hot links are risky things at best, as ephemeral as fog on a hot summer morning, which is why, if you're a regular reader of ONTOS, you should go to those links as soon as you can, before they disappear. (The same applies to illustrations; you might have noticed large gaps where pictures used to reside.) Without meaning to, the Internet has shown how old-fashioned print media are still superior. Unless you deliberately destroy it, a book will outlast much of the matter you find on the Interweb. Furthermore, thanks to idiotic copyright laws only a small fraction of the reading matter actually published since the early part of the 20th century is currently available online, which is almost criminal in how it limits access to the world's literary heritage. This unhappy situation forces us to snatch up those few morsels when they appear. 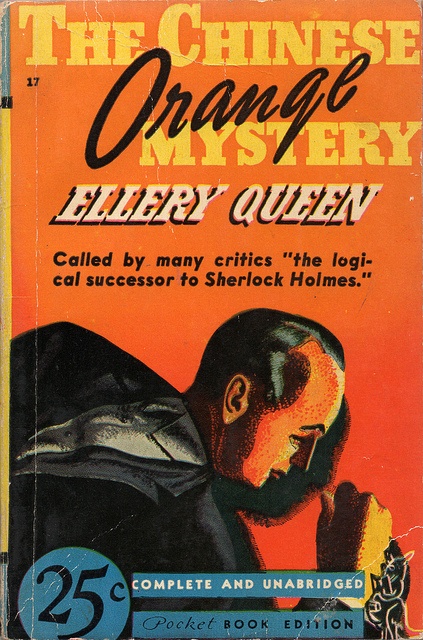 One reaction to some postings that we get from time to time questions the quality of the story we're featuring, insisting that it's not very good. To this we confess: "You're right. We agree." You see, we strongly believe that you can learn as much from a bad example as you can from a good one—sometimes more. While we do offer our own comments on occasion, we're content to leave the final judgment up to you.

Speaking of judgment, which is often another way of saying "personal preference" or "opinion," we steadfastly refuse to engage in controversies about politics or religion; we will discuss those only in relation to the authors' works, if then. And if you want free advertising by clotting up the "Comments" section, forget it; they will be removed. ONTOS operates on a purely out-of-pocket basis, with all costs borne by Ye Olde Editor and no one else. ONTOS is and always will be a travail de l'amour.

Finally, something of a technical nature: If you encounter sentences with awkward line breaks or words that seem to have been divided in the wrong place, we recommend that you make use of the "Zoom" function to enlarge or shrink the page. In most cases the problems often disappear.