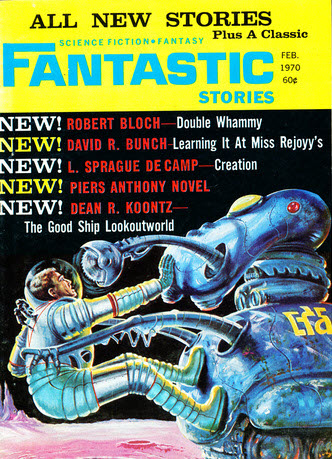 Short story (13 pages).
Online at Archive.org starting (HERE) and finishing (HERE).
(Parental caution: Some strong language.)
"There were seven bodies on the floor. Seven skeletons, really. Six against one wall, one against the other. They were all missing their skulls . . ."

While love and hate rank among the strongest motivators of humanity, third place easily goes to money. The problem, of course, is that going after it without at least some forethought can almost certainly get you killed . . . .
Principal characters:
~ Damon Coltrain:
"I had never been a salvager, and the thought had just never occurred to me."
~ Petro Cabelroni of the House of Cabelroni of Los Delos:
"He was determined to get revenge. But he needed money first."

Typos: "the edge of Known Spce"; "Pete changd camera angles"; "The fusion driv"; "No trace of a fourteenth spyere"; "We popped out of hpyerspace"; "Whey they started out"; "rathr than to go down"; "layed down."
References and resources:
- "ypsilon Sagittarii": There being no such Greek alphabet letter as "ypsilon," unless our author meant either "epsilon" or "upsilon," we conclude he made up this star—but not the constellation. (Wikipedia HERE).
- "Vultan, that heavily clouded planet that circles dangerously close to Sirius": "The brightest star in the night sky, Sirius is recorded in some of the earliest astronomical records." (Wikipedia HERE). As for Vultan, although recent observations are sketchy, it could exist: "Effectively, there are almost certainly no additional bodies in the Sirius system larger than a small brown dwarf or large exoplanet." 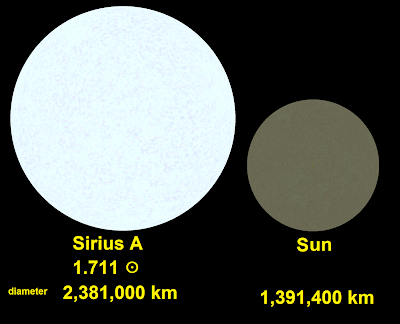 - "The fusion engine will get us there fast": "A fusion rocket is a theoretical design for a rocket driven by fusion propulsion which could provide efficient and long-term acceleration in space without the need to carry a large fuel supply. The design relies on the development of fusion power technology beyond current capabilities, and the construction of rockets much larger and more complex than any current spacecraft." (Wikipedia HERE and HERE).
- Information about Dean Ray Koontz is plentiful on the Interweb: his own webpage (HERE), Wikipedia (HERE), the SFE (HERE), the ISFDb (HERE), and the IMDb (HERE; 19 writing credits).
- When it comes to space salvage adventurers, our favorites are still Cleve Cartmill's Jake Murchison, Helen Wall, and Co.; see our post featuring them (HERE).
~~~~~~~~~~~~~~~~~~~~~~~~~~~~~~~~~~~~~~~~~~~~~~~~~~~~~~~~~~~~~~~~~~~~~~~~~~
Posted by Mike Gray at 11:00 PM