EDWARD D. HOCH was a writer's writer, able to take even cliched situations and make them interesting. While Hoch excelled at the locked room problem, he could also handle the police procedural with equal dexterity, a prime example being . . . 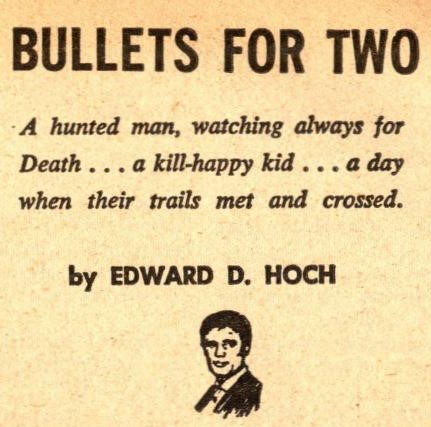 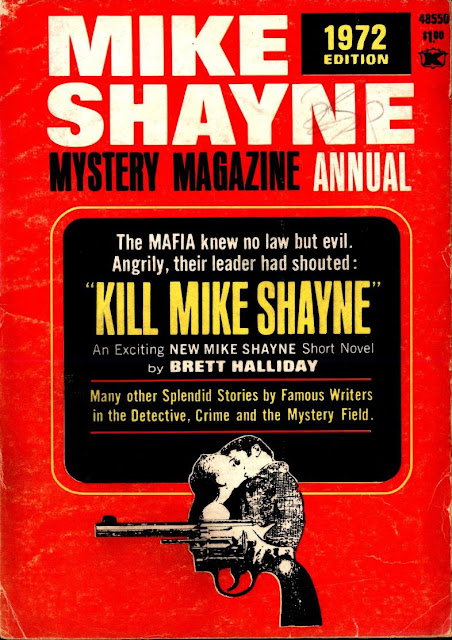 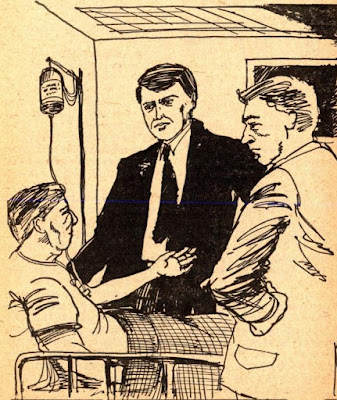 "It covered your wound, but it also told me you weren't shot where they found you."
Establishing a plausible alibi about one's whereabouts is always a problem for the criminal hoping to get away with it, but alibi-busting is just what smart cops like Captain Leopold, even with a bad cold, do best . . . .
Main characters:
~ Bill Adams:
"His name was Bill Adams, and he had already killed three people."
~ Jimmy Biggers:
"Am I going to die?"
~ Gloria Rame:
"Suddenly this masked man appeared from somewhere with a gun. I screamed . . ."
~ Andy Augustine:
"Not by me!"
~ Captain Leopold:
"If a man's confessing to three murders, he doesn't rig an elaborate plot to cover up a fourth."
~ Lieutenant Fletcher:
"You cleared up both shootings at once."
Typo: [line skip] "The voice them all".
Resources:
- Edward Dentinger Hoch used two aliases when he was publishing his Captain Leopold stories (nearly 90 of them) beginning in 1961: Stephen Dentinger 6 times and his own name for the rest; Leopold's final adventure appeared in EQMM in 2007.
- Wikipedia (HERE) and Mike Grost's Guide to Classic Mystery and Detection (HERE) have much more about Ed Hoch and Captain Leopold.
- We have encountered and will continue to encounter Edward D. Hoch's fiction; our latest featured another Captain Leopold story, "The House by the Ferris" (HERE).
~~~~~~~~~~~~~~~~~~~~~~~~~~~~~~~~~~~~~~~~~~~~~~~~~~~~~~~~~~~~~~~~~~~~~~~~~~
Posted by Mike Gray at 8:41 AM