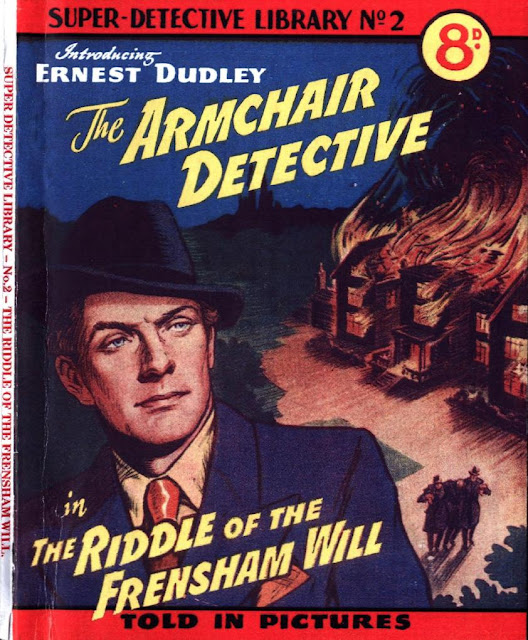 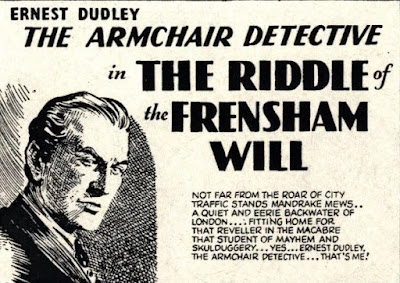 "What had started as a rather dull and boring evening was beginning to develop into a really cozy piece of skulduggery — just my cup of tea!"

The Armchair Detective's latest client admits he has embezzled money from the firm, but vociferously denies he's guilty of murder . . . .
Main characters:
~ Lethbridge:
"Unless you can help me, I'm going to hang! Hang, I tell you!"
~ Preedy:
"I trust that they are all in order, and ready for my inspection?"
~ Hansard:
"I guess we can help him out. Eh, Gilda?"
~ Gilda:
"Sure we can, Pete! What's fifty pounds, between—friends!"
~ The waiter:
"Good job that yapping fool likes the sound of his own voice so much!"
~ Sir Henry:
"I have no heir!"
~ Lavery:
"I've got nothing to lose!"
~ Ernest Dudley:
"It's a strange thing, but the juiciest bits of mayhem and skulduggery always seem to drop out of the skies from nowhere when you're least expecting them." 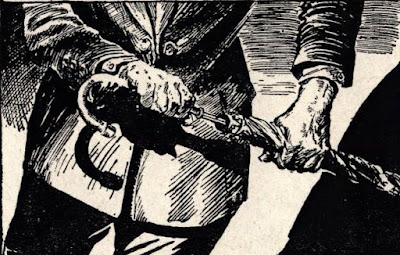 Typos: "it's cradle"; "it's deadly steel point".
.
References and resources:
- "Big Ben was booming": Probably the most famous clock in the world: "Big Ben is the nickname for the Great Bell of the striking clock at the north end of the Palace of Westminster in London; the name is frequently extended to refer to both the clock and the clock tower." (Wikipedia HERE). 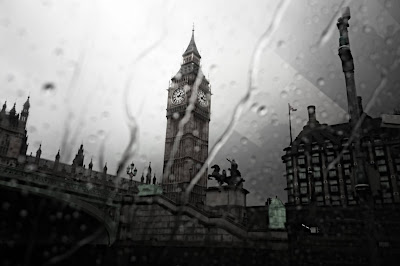 - "turn Queen's evidence": "A criminal turns state's evidence by admitting guilt and testifying as a witness (also called crown witness) for the state against his/her associate(s) or accomplice(s), often in exchange for leniency in sentencing or immunity from prosecution. In the United Kingdom and the Commonwealth realms, the term is to turn Queen's or King's evidence, depending on the gender of the reigning monarch." (Wikipedia HERE).
- Ernest Dudley, an actor and screenwriter, originated a radio series entitled The Armchair Detective; see the Wikipedia articles (HERE) about him and (HERE) about the 1952 film in which he appeared.
- For more about The Armchair Detective, see the comments at Archive.org (HERE):
"The last hurray for the Armchair Detective started in 1953 with a more dynamic version of Dudley as the Armchair Detective in five issues of the Super Detective Library . . . ." 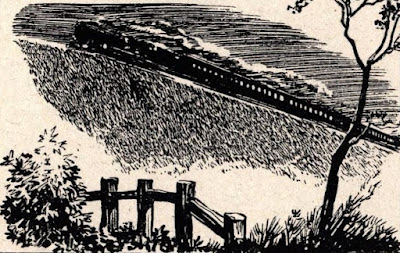