HERE'S ANOTHER ATTEMPT that works to combine the hardboiled motif with SFF, and it succeeds very well, with more characterization than usual; our protagonist has no inkling that very shortly he will have to undergo a life-changing . . .
"Shock Treatment."
By Stanley Mullen (1911-74). 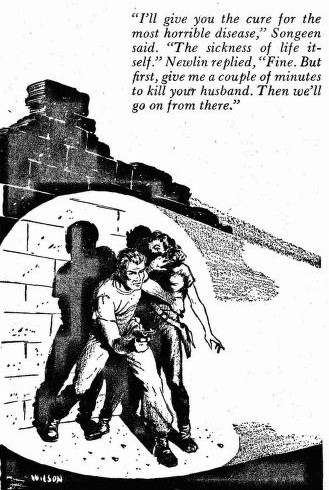 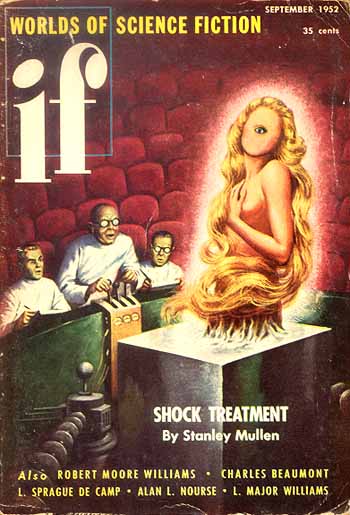 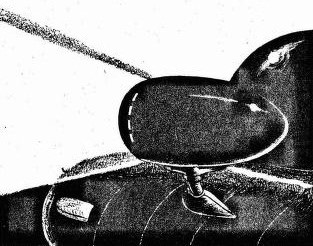 When a knockout femme comes to a down-on-his-luck bartender for help ("the task," she says, "should be simple"), trouble—and plenty of it—is only just beginning . . . .
Main characters:
~ Newlin:
"To him all men were enemies. As a spacebum, he had explored the raw expanding frontiers as Man surged from planet to planet."
~ Songeen:
"Then she came in—and he was no longer bored."
~ Careld:
". . . swept up the corpses into neat piles of ash . . ."
~ Genarion:
"His alien form was a bridge between two worlds . . ."
Comment: Just when you think it's going one way, this story takes the reader in totally unexpected directions; and while Mullen employs copious amounts of descriptive prose, he does it without being boring.
Typo: "sanity as its furthest riples".
References and resources:
- "cloud-shrouded Venus": Up until the 1960s, science fiction writers made the most of mankind's collective ignorance of Venus: "The impenetrable Venusian cloud cover gave science fiction writers free rein to speculate on conditions at its surface; all the more so when early observations showed that not only was it similar in size to Earth, it possessed a substantial atmosphere. Closer to the Sun than Earth, the planet was frequently depicted as warmer, but still habitable by humans." (Wikipedia HERE and HERE). 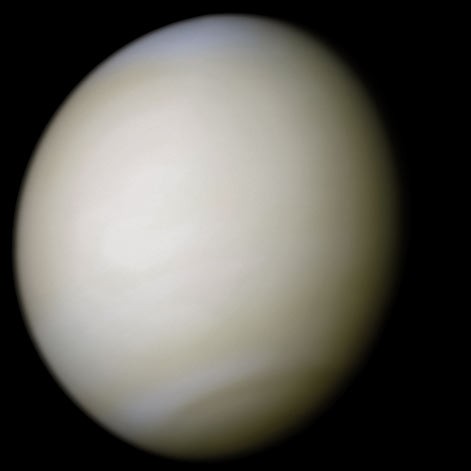