"He Went Spinning Down into the Star-streaked Oblivion of Unconsciousness"

THERE'S AN OLD SAYING about imitation being the sincerest form of flattery, but you can be sure that someone somewhere will take it to extremes. That's how it is with one inhabitant of an officially "backward" planet who embarks on . . .
"The Adventure of the Misplaced Hound."
By Poul Anderson (1926-2001; HERE) & Gordon R. Dickson (1923-2001; HERE). 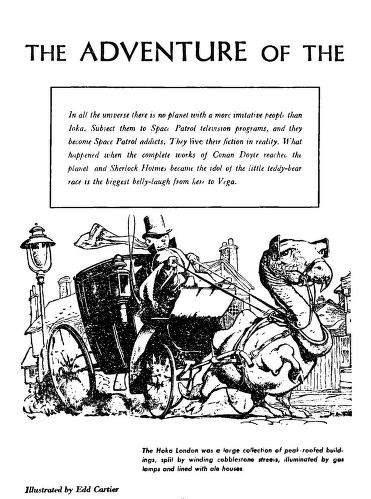 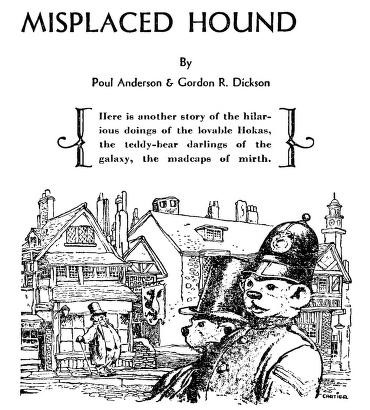 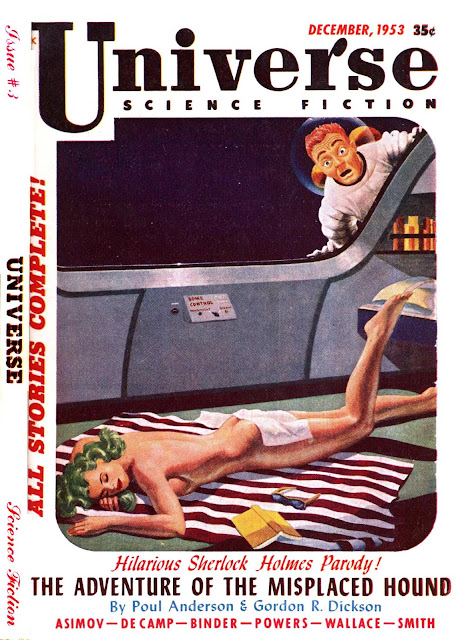 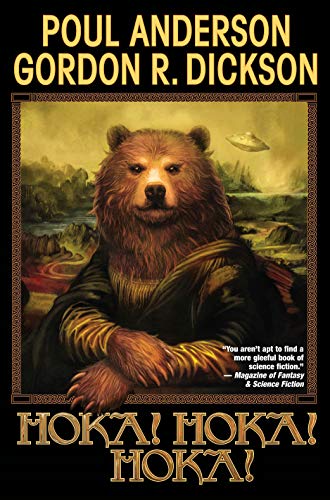 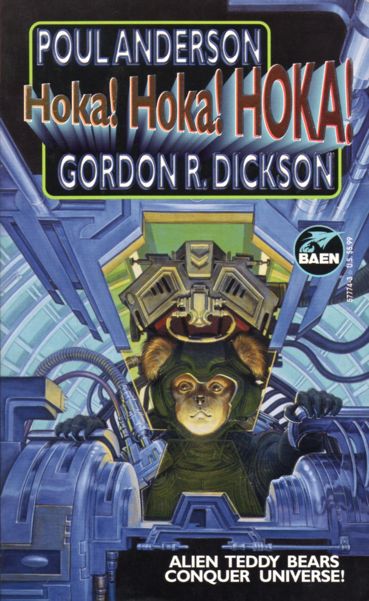 Online at Archive.org (HERE) and The Luminist Archives (HERE; go down to text page 50). 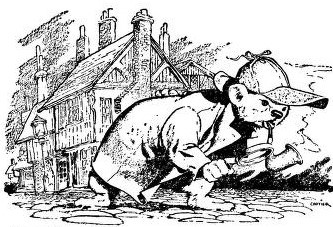 "Aha! A sea-faring man with red hair and a peg leg has passed by here on his way to drown a sackful of kittens."
Sherlock Holmes is hot on the trail of a wanted drug smuggler who has decided the planet Toka is the ideal place to hide out. "Sherlock Holmes?" you're probably thinking. This Holmes is like every one of his kind: "about a meter tall, tubby, golden-furred, with big panda-like heads. A race of overgrown teddy bears." But can this particular overgrown teddy bear live up to his namesake?
Principal characters:
~ Whitcomb Geoffrey:
"A frown darkened Geoffrey’s brow. 'They may hamper us, you mean?' he snapped. 'Your function is to keep the natives non-hostile, Jones'."
~ Alexander Jones:
"'No,' said Jones unhappily. 'What I’m afraid of is that the Hokas may try to help us. Believe me, Geoffrey, you’ve no idea of what can happen when Hokas take it into their heads to be helpful'."
~ Inspector Lestrade:
"We wouldn’t find anything. No, sir, in a case as serious as this, there’s only one man who can lay such an arch-criminal by the heels. I refer, of course, to Mr. Sherlock Holmes."
~ Farmer Toowey:
"Ah, lad, it be turrible what yeou zee on the moor o’ nights."
~ Sir Henry Baskerville:
"The Hound. The Hound is after me!"
~ The butler:
"Much as I admire Sir Henry, I cannot continue to serve an employer who may at any moment be devoured by monsters."
~ The ppussjan:
". . . found the light switch and snapped it. The radiance caught a tangle of three Hokas and one human."
Typo: "serveral".
References and resources:
- "the romantic version of nineteenth-century America, complete in every detail. Then there was the Space Patrol": References to previous Hoka adventures; see the ISFDb Hoka series listing (HERE). 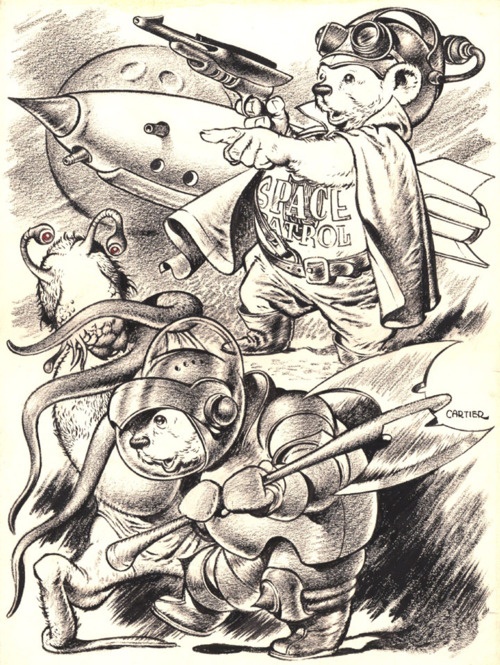 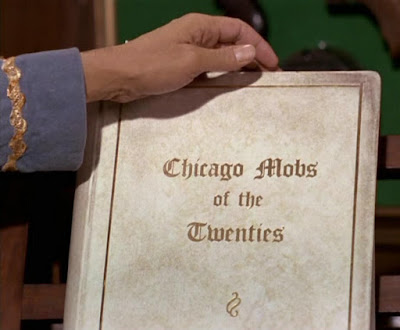 - There's a review of Earthman's Burden at Flayrah.com (HERE).
- Wikipedia's article (HERE) about the original human Sherlock Holmes is pretty comprehensive. Their entry on The Hound of the Baskervilles is similar (WARNING! SPOILERS! HERE). Project Gutenberg has the full text (HERE). 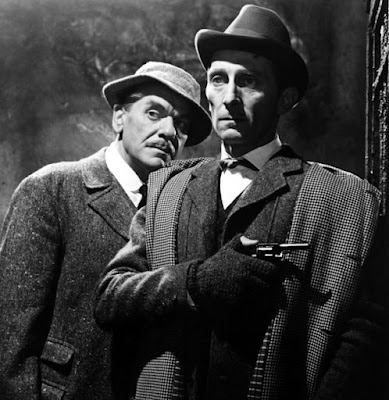