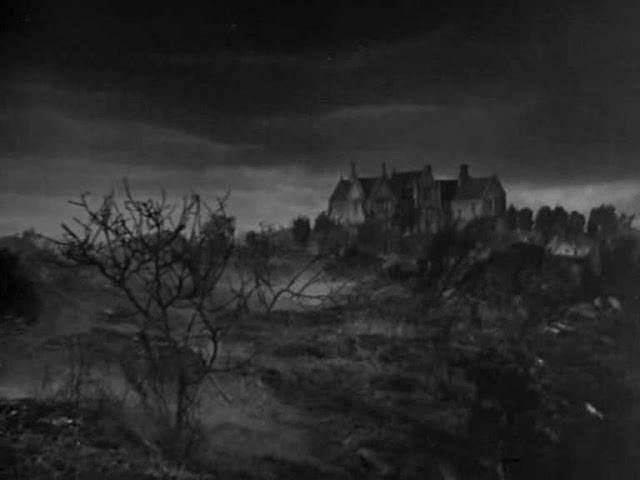 "As a story of mystery and horror, The Hound of the Baskervilles is a success; for Sherlock Holmes, the Master of the Science of Deduction, whose creator has proclaimed him the peer of Dupin and of Lecoq, it is a debacle." — Arthur Bartlett Maurice

“The more outré and grotesque an incident is the more carefully it deserves to be examined.” — Sherlock Holmes

While the serialization of THE HOUND OF THE BASKERVILLES was being published in The Strand, speculation ran riot about how the story would play out. As with one of Dickens's serials, both literati and the man on the street were sometimes moved to the most outrageous conjectures—outrageous, that is, to those who now know the story's conclusion.

Here are some brief excerpted speculations from a time when, for some avid readers, ignorance was an agony of suspense. Follow the links to get the full effect.


Very few people, we think, who have been reading the new Sherlock Holmes story have as yet been able even to guess at what will be contained in the closing chapters. Five instalments have now appeared; it is three months since Holmes has played any part in the narrative; and as a result everything seems to be in a chaotic state. Any guess as to the outcome, in consequence, must be based on the events which were narrated in the first two instalments.

As a rule, almost every one with whom we have discussed the story has confessed himself or herself utterly at sea; yet we have heard one theory which, though it is hardly likely to prove the right one, has the merit of a certain weird ingenuity. Then, too, it can be made to fit all the circumstances, and in connection with this we must remember the adage of Holmes himself on a former occasion: "When you find a theory that fits all the circumstances, no matter how improbable that theory may seem, it is the right one." — "Chronicle and Comment: The Footprints of the Baskerville Hound," THE BOOKMAN (February 1902)

Regular readers managed to develop some rather intricate theories of their own:


By this time the whole story is known to those who have read it either in book or in serial form. Perhaps there are some who are more or less disappointed in the manner in which the tale was worked out, and indeed there are some explanations which strain the credulity.

Some months ago, when only two or three parts had appeared, a theory as to the solution was printed in THE BOOKMAN. This theory proved very far wrong; but the number of letters which came to this office, contradicting or affirming it, served to show how widespread was the interest in the serial. We should like to print them all, because even now they are entertaining, but it is very obvious that we could not. However, we are going to give two, which show to a certain extent the tone of all the rest. — "Chronicle and Comment: More Sherlock Holmes Theories," THE BOOKMAN (May 1902)

And here is a part of what is possibly the longest review extant of THE HOUND OF THE
BASKERVILLES:


When the subject of this story was first discussed in literary and publishing circles in London there prevailed the idea that Mr. Fletcher Robinson had in hand a story to which Dr. Doyle was lending some assistance, his name, and the character of Sherlock Holmes.

A little later it was being said that Dr. Doyle and Mr. Robinson were in collaboration on this new Sherlock Holmes story.

Finally the first instalment of the tale itself appeared as being the work of Dr. Doyle alone. Allusion to Mr. Fletcher Robinson was made only in a foot-note, in which the reputed writer courteously, but rather vaguely, thanked Mr. Robinson for one or two hints and suggestions that had been of some value to him in the writing of the story.

Just what the meaning of all this was, just how much Mr. Robinson did contribute to the inception and the working out of The Hound of the Baskervilles, the reviewer is neither inclined nor prepared to say. Only there is in this book much that is materially different from the former work of Dr. Doyle in his detective stories, and the methods of Sherlock Holmes here are not entirely the methods of the astute, intellectual reasoner who ran Jefferson Hope to earth in The Study in Scarlet, and who by his systematic study of the records of Lloyds was able to connect the voyages of the Lone Star and the crimes of the Ku-Klux-Klan in The Five Orange Pips.

Although there is no intention here of telling the story of The Hound of the Baskervilles, it is necessary, in order to contrast the old methods of Sherlock Holmes with the new, to say something about those opening chapters in which the mystery is built up to arouse and baulk the curiosity of the reader. — Arthur Bartlett Maurice, "Seven Novels of Some Importance," THE BOOKMAN (May 1902) 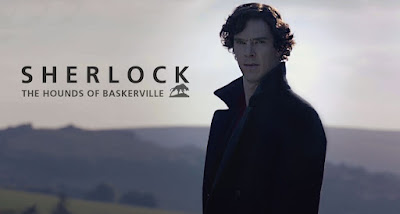