In a Foreword to The Revelations of Inspector Morgan, a book which may be very frankly recommended to all persons reading that the title suggests, Oswald Crawford [sic] has a fling at the writers of intellectual detective fiction. He maintains that a strange delusion has been growing up in regard to the detective police. We have come to believe that in matters of crime detection the Amateur is superior to the Professional.

The blame for starting this fallacy he places on two famous French writers of sensational fiction. Edgar Allan Poe lent it his authority, and more recently, Conan Doyle has preached the new doctrine with such skill that the heresy has popularly grown to seem sound dogma. 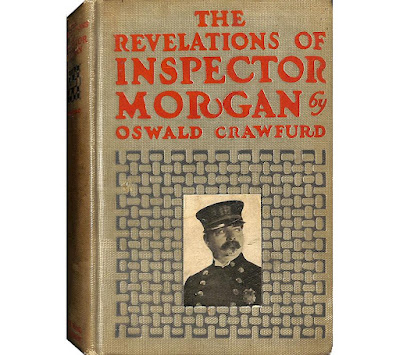 "Clever fiction," says Mr. Crawford [sic], "can accomplish miracles. It can make us accept Poe's preposterous Monsieur Dupin, profound philosopher and private detective, who solves the criminal problems that has puzzled all the detective wisdom of Paris. It makes us triumph over the English Police with the delightful analytical amateur, Sherlock Holmes, when he leaves his pipe, his metaphysics, and his harmless private hobbies, to lay bare the mysteries which have baffled Scotland Yard."

Very different from Holmes and Dupin in his accomplishments and his method of work is Inspector Morgan. He is a product of a service composed of heterogeneous elements and drawing its strength from every class of society. In the upper ranks of the British police force there are sailors, soldiers, civil servants, lawyers, and business men. From long association with these men the author has reached the conclusion that crime is not so often tracked by purely logical and analytical methods as the literary crime detectors would have us think.

It may astonish the readers of popular fiction to be told that when a well-planned crime is traced to its source, it is either what seems to the outsider to be pure accident, or to some play or byplay of the personal equation involved in the case.

The Inspector Morgan of the narrative is represented as a man who has had a varied career. He has held the rank of Captain in a smart cavalry regiment, after having served in India and the colonies. Leaving the army, he was for some time engaged in journalism. The book is well worth reading. — "Chronicle and Comment: Inspector Morgan," THE BOOKMAN (September 1907) 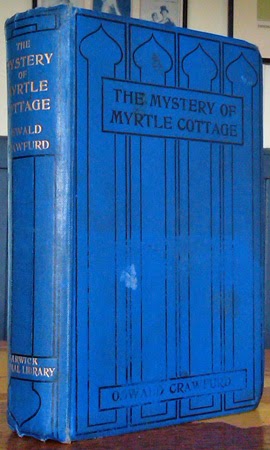