"Locomotives Were Urgent Creatures of the Night, Racing Along Full of Fire and Smoke and Noise" 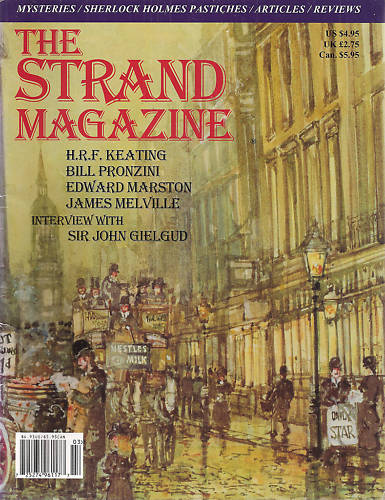 "In many ways, trains were magical devices. They emphasised speed and eliminated distance. They brought people together, but they also pulled them apart."

Ian Bell, our author, asks and then answers a very pertinent question about the romantic image which train travel has acquired over the years:

"Of course we must remember that we are dealing here not with reality, but with representation. Despite the poetic and evocative depictions of opulence and travelling
in style, most train journeys even then were in fact just long, expensive, and not very comfortable. (And this remains true in the U.K. today, alas.) So where did all those
more glamorous images of rail travel, so firmly embedded in the common imagination, originate from? Why, from the cinema and the popular press—including crime fiction, Watson. Where else are such powerful fantasies established and disseminated?"

The answer can largely be attributed to those writers, Conan Doyle and Agatha Christie in particular, who used railways as not just convenient conveyances but also presented them in "a more sinister and threatening version": "Instead of being associated with the successful transportation of the detectives, the trains here are the source of the mystery itself." 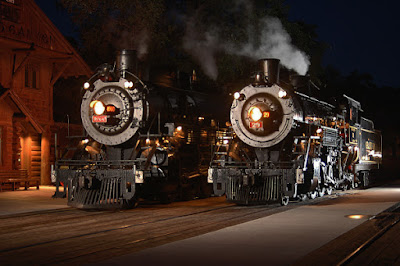 Works the author references:
Doyle: "The Boscombe Valley Mystery" and "The Adventure of the Bruce-Partington Plans." — "For Doyle, imagining a less complex Victorian world, the trains are a way of regularising energy and of making power predictable. Whether they are a force for good or evil depends on whether you stress their predictability or their potential subversiveness."
Crofts: The Cask. — "Trains figure prominently throughout his work, although in a remark-ably unromantic and prosaic way."
Christie: The Mystery of the Blue Train, Murder on the Orient Express, The ABC Murders, and 4.50 from Paddington (What Mrs. McGillicuddy Saw). — ". . . we can see that the railway is much more imaginatively and romantically exploited by the Queen of Crime, Agatha Christie."

Resources:
- We decided to see which ONTOS posts have a relationship, however tenuous, with crime and railways, and were surprised at how many there are. Here, as up-to-date as we can make it, is our . . .

ONTOS RAILROAD MYSTERIES LIST
2013:
Oct. 23: "Few readers are likely to share the gaping mystification with which the other people in the story follow his unerring steps towards prevention and detection, or to be as profoundly impressed as is the author by those seizures of sphinx-like immobility in which Sprague did his best thinking." - (HERE).

Nov. 8: "The murder mentioned in the title has all the trappings of a classic locked room mystery, but is investigated, and solved, in a manner that owes more to the hard-boiled school of detection than the cerebral style that one usually associates with the locked room dilemma." - (HERE) (Note: Offsite link DEAD).

2015:
June 13: "Fen is very much the armchair detective in these stories, solving cases purely with his intellect and scarcely exerting himself: no fistfights, gunplay, or car chases for him (quite different from the Fen of, say, The Moving Toyshop)." - (HERE; first story only). 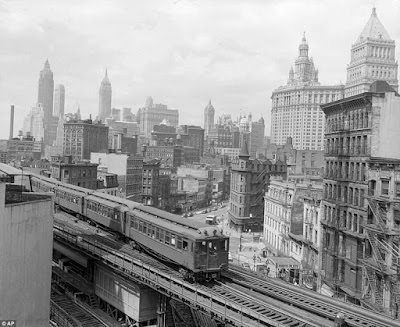 March 19: "The train has vanished, and the people on it. But the System is closed. Trains are conserved. It's somewhere on the System!" - (HERE).

May 6: "It's simply because there is a mystery connected with my hobby—railways. That's what makes me a little extra sharp" - (HERE). 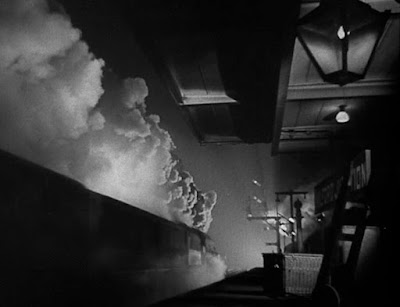 May 10: "All he has to do is turn off eight illumination lamps after the last train has run; simple, yes, but simple doesn't always mean easy." - (HERE). 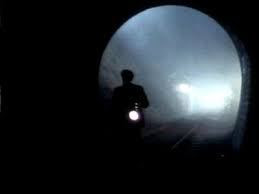 June 2: "You will understand that I am going to work upon the theory that the boy has been kidnapped and that the original intention has been carried out, in spite of the accident of your presence in the train." - (HERE).

June 12: "An ordinary train car becomes, for one of the passengers, a scene of horror and, for Scotland Yard, the site of an apparently unmotivated murder committed by a killer who has managed to disappear, leaving not a trace." - (HERE).

July 28: "A challenge story in which readers were asked to supply five words that would cause the prosecution in a train-robbery trial to lose its case." - (HERE).

Nov. 12: ". . . one of the most inexplicable crimes of the century—an incident which is, I believe, absolutely unprecedented in the criminal annals of any country." - (HERE).

Nov. 16: "For another indivisible second of time Ughtred Carnegie's soul was the theatre of a terrible and appalling struggle. What on earth was he to do?" - (HERE).

Dec. 26: "For Stanley, the Pullman conductor on the west-bound Mississippi Limited, tonight is going to be far from ordinary . . ." - (HERE). 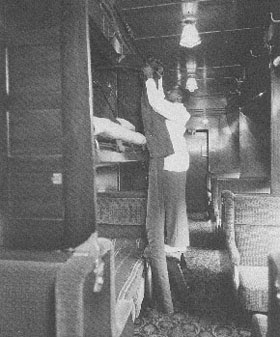 We'll try to update it now and then.
Posted by Mike Gray at 2:50 PM