"It Was Fair Murder!"

SOMETIMES IT SEEMS as if the universe arranges for sleuths to stumble unpremeditatedly across crimes, and today's amateur detective would probably agree when he becomes involved in . . . 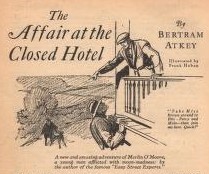 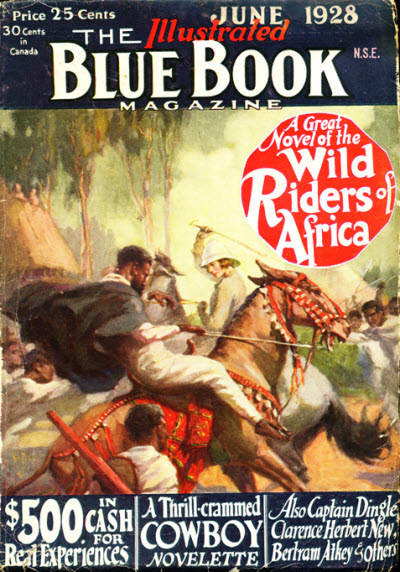 Despite the scarcely muted objections of his valet Fin, Merlin O'Moore insists upon golfing in the country with "his weird pals" (that's Fin's considered opinion), but as is his wont Merlin manages instead to get himself embroiled in a mystery, the report of a murder by hanging, if you are to believe a badly frightened tramp, or maybe nothing at all, if you don't. For Merlin, the situation is irresistible, and, as you will see, comes perilously close to
fatal . . .

Main characters:
~ Fin MacBatt:
". . . in the opinion of the bulbous-browed valet the only difference between country life and death was that the latter threw less strain upon one's patience."
~ The passing tramp:
". . . the poor ragged wretch was practically helpless with excitement and terror . . ."
~ Mr. Fitz-Percy:
". . . an ancient actor, deadhead, and man of the world . . ."
~ Blackberry Brown:
". . . what Miss Brown lacked in sheer muscular power she more than balanced in brains and—though that does not come into this story—beauty."
~ Mrs. Tudor de Roche:
". . . an auntie of Miss Brown, also once a favorite of the footlights, but, alas! no longer so."
~ Molossus:
"The big fighting-dog gaped a befanged gape of pleasure, as he stared with pale, wicked-looking eyes up at his master."
~ The "hangman":
". . . dropped on one knee, leaned over his victim, speaking and shaking his fist
at the man. Then he reached for the noose."
~ Cornell:
"I'm afraid I was careless . . ."
~ Merlin O'Moore:
"Watch him, Fin!"

Comment: The pairing of a suave aristocratic sleuth and a pugnacious manservant reminds us ineludibly of Margery Allingham's Mr. Campion and Lug (GAD Wiki HERE).

References and resources:
- "a giggle if uttered by a flapper": That definitely dates the story. "Flappers were a generation of young Western women in the 1920s who wore short skirts (just at the knee was short for that time period), bobbed their hair, listened to jazz, and flaunted their disdain for what was then considered acceptable behavior. Flappers were seen as brash for wearing excessive makeup, drinking alcohol, smoking cigarettes in public, driving automobiles, treating sex in a casual manner, and otherwise flouting social and sexual norms." (Wikipedia HERE).
- "deadhead": As used in our story, it could mean "a dull uninterprising person" or someone who tags along with a group or both, but it's unclear. (Dictionary.com HERE).
- "his grip tightening upon the cleek": "Golf: Older Use. A club with an iron head, a narrow face, and little slope, used for shots from a poor lie on the fairway and sometimes for putting." (Dictionary.com HERE).
- "the excellent collation": "a light meal, esp. one that may be permitted on a fast day." (The Free Dictionary HERE).
- FictionMags's thumbnail about Bertram Atkey: "Author, creator of criminal character 'Smiler Bunn' and amateur detective 'Prosper Fair.' Born in Wiltshire, England; lived in Coniston, Highcliffe-on-Sea, Hants, England."