"Much Too Nice To Get Mixed Up with a Murder"

TODAY'S STORY showcases that venerable crime fiction trope of the protagonist, usually a man, who is wanted by both the cops and the baddies, desperately trying to exculpate himself before he comes to a bad end in what could be termed "the man on the run" motif (but see "References and resources" below). True to the trope, our hero finds himself framed for . . .
"The Fun Farm Murder."
By Thomas Duncan (1905-?). 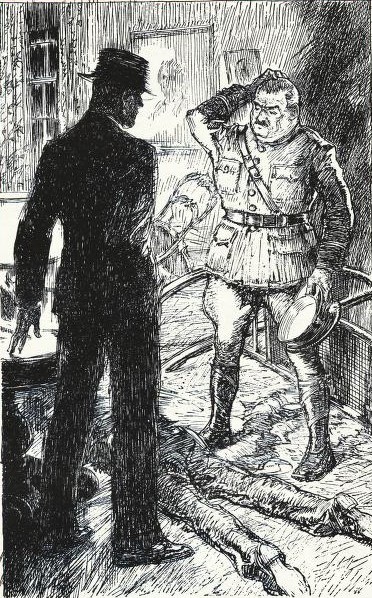 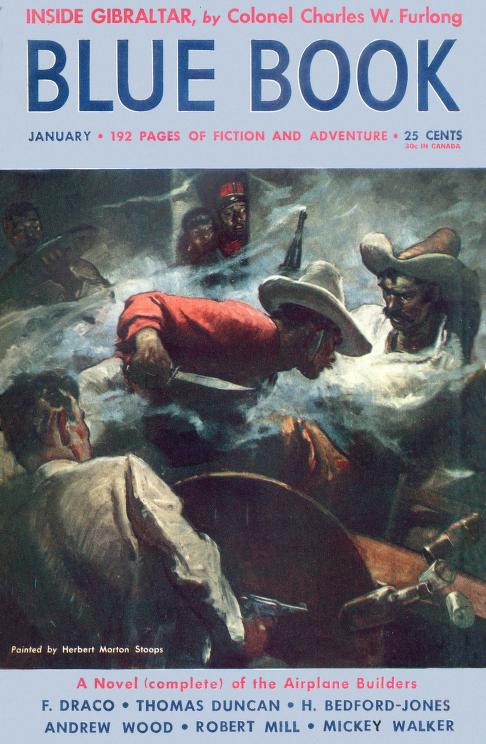 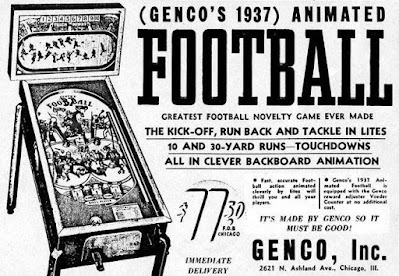 "The rug pillowing his head gleamed wet and scarlet."
Crime is bad enough without politics fouling up everything: "Assault and battery, resisting arrest, murder . . . Oh, yes—larceny, too . . ."
Main characters:
~ Cliff Boyd:
". . . I've had enough headaches tonight without getting hydrophobia."
~ Sally Kerrigan:
". . . would be waiting at the park gate, instead of in the caretaker's bungalow where she lived with her uncle, Mike Kerrigan." 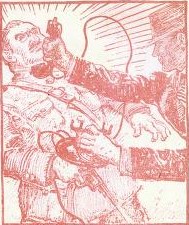 ~ Mike Kerrigan:
"She wouldn't be living with her Uncle Mike any more—for that doughty little Irishman lay sprawled on the living-room rug, dead."
~ Tubby Gunderson:
". . . was merely typical. Just a blockhead who owed his job to the votes he swung in a rural precinct." 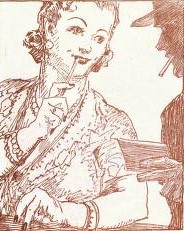 ~ Mrs. Rasmussen:
"My heart was ticking about three times as fast as usual . . ."
~ Fritz Scanlon:
"He's the slickest shyster in town. Or—was." 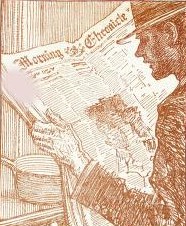 ~ The desk clerk:
". . . kept backing painfully away, and suddenly he turned and scurried into some inner office."
~ Kenneth Richards:
"You're not so dumb, Boyd. You might make a good sheriff." 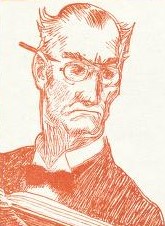 ~ August E. Schuckelutz:
"That name sent a tingle to the ends of his hair."
~ Hubbard, Worrall, and Ott:
". . . were frozen motionless, like wax figures in a carnival chamber of murderers."

References and resources:
- "flivver in the garage": "a small cheap usually old automobile" (Merriam-Webster HERE; see etymology as well).
- "between the right ear and the medulla oblongata": "The medulla contains the cardiac, respiratory, vomiting and vasomotor centers, and therefore deals with the auto-nomic functions of breathing, heart rate and blood pressure as well as the sleep wake cycle" (Wikipedia HERE).
- "called itself a roadhouse": "A roadhouse (Australia and the United States) or stopping house (Canada) is a small mixed-use premises typically built on or near a major road in a sparsely populated area or an isolated desert region that services the passing travellers, providing food, drinks, accommodation, fuel and parking spaces to the guests and their vehicles. The premises generally consist of just a single dwelling, permanently occupied by a nuclear family, usually between two and five family members" (Wikipedia HERE). 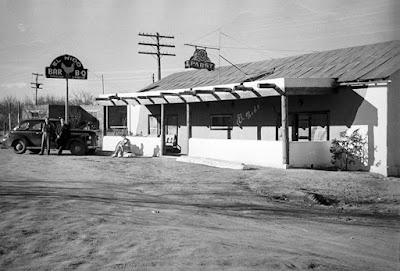 - "our pin-ball machine": The story takes place on the eve of the Second World War, before certain design changes were made: "During World War II, all of the major manufac-turers of coin-operated games turned to the manufacture of equipment for the war effort. Some companies, like Williams, bought old games from operators and refurbished them, adding new artwork with a patriotic theme. At the end of the war, a generation of Americans looked for amusement in bars and malt shops, and pinball saw another golden age. Improvements such as the tilt mechanism and free games (known as replays) appeared" (Wikipedia HERE). 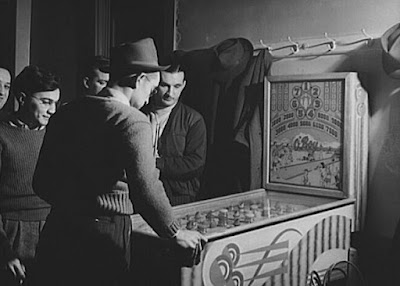 - "a six percent first mortgage bond": "A mortgage bond is a bond backed by a pool of mortgages on a real estate asset such as a house. More generally, bonds which are secured by the pledge of specific assets are called mortgage bonds. Mortgage bonds can pay interest in either monthly, quarterly or semiannual periods" (Wikipedia HERE). "hovering around par": "A bond selling at par is priced at 100% of face value. Par can also refer to a bond's original issue value or its value upon redemption at maturity" (Wikipedia HERE).
- "telegraph company": "Telegraph lines continued to be an important means of distributing news feeds from news agencies by teleprinter machine until the rise of the internet in the 1990s. For Western Union, one service remained highly profitable—the wire transfer of money. This service kept Western Union in business long after the telegraph had ceased to be important" (Wikipedia HERE).
- "the State cops": "Twenty-three U.S. states use the term 'State Police.' Forty-nine states have a State Police agency or its equivalent, with Hawaii being the only state with a Sheriff Division of the Hawaii Department of Public Safety with statewide jurisdiction" (Wikipedia HERE).
- "under the marquee": "A marquee is most commonly a structure placed over the entrance to a hotel, theatre, casino, train station, or similar building" (Wikipedia HERE).
- "tramped the starter": "Before Chrysler's 1949 innovation of the key-operated combination ignition-starter switch, the starter was often operated by the driver pressing a button mounted on the floor or dashboard. Some vehicles had a pedal in the floor that manually engaged the starter drive pinion with the flywheel ring gear, then completed the electrical circuit to the starter motor once the pedal reached the end of its travel" (Wikipedia HERE).
- "a gambling device": "Pinball was banned beginning in the early 1940s until 1976 in New York City. Like New York, Los Angeles banned pinball machines in 1939. The ban was overturned by the Supreme Court of California in 1974 . . . Although it was rarely enforced, Chicago's ban on pinball lasted three decades and ended in 1976. Philadelphia and Salt Lake City also had similar bans. Regardless of these events, some towns in America still have such bans on their books; the town of Kokomo, Indiana lifted its ordinance banning pinball in December 2016" (Wikipedia HERE).
- "Several rods ahead": "In modern U.S. customary units it is defined as 16 1⁄2 US survey feet, equal to exactly 1⁄320 of a surveyor's mile, or a quarter of a surveyor's chain, and is approximately 5.0292 meters. The rod is useful as a unit of length because whole number multiples of it can form one acre of square measure" (Wikipedia HERE).
- "go to the chair": "Execution by electrocution, performed using an electric chair, is a method of execution originating (and almost exclusively employed) in the United States in which the condemned person is strapped to a specially built wooden chair and electrocuted through electrodes fastened on the head and leg. This execution method, conceived in 1881 by a Buffalo, New York, dentist named Alfred P. South-wick, was developed throughout the 1880s as a supposed humane alternative to hanging, and first used in 1890" (Wikipedia HERE).
- TV Tropes (HERE) has its own term for the man on the run motif.
- FictionMags's (HERE) thumbnail about Thomas William Duncan: "Poet and writer. Born in Casey, Iowa; lived in California." He started out in the pulps in 1930 and found a home in the slicks as well, more or less alternating between the two; his last listed credit is in Collier's in 1947.