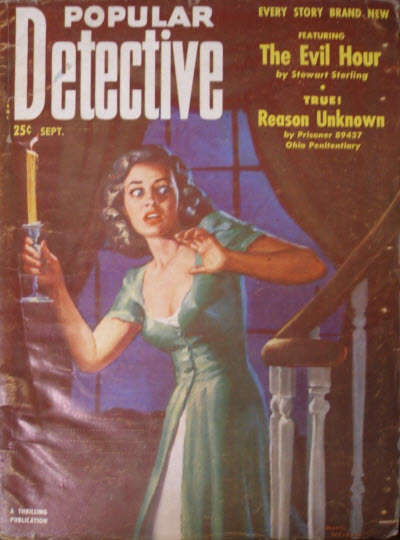 "Uncle Hank liked jokes, but the corpse wasn't a bit funny!"They shot an arrow into the air
And it fell to earth precisely where
they aimed it.
But still they have a reason for regret
Because, you see, it
Came to rest inside the wrong @#$%&@ target.Characters:
~ Thomas Marshall:
An insurance salesman.~ "Mugs" Kelly (narrator):  "'The name is Kelly,' I said. 'I’m six feet four, weight two hundred and ten, and the last fellow who made cracks about my looks is still recovering.'"~ Dexter Blake:
"As I told you in the taxi, I’m an old friend of Mrs. Clayville. She invited me for the weekend. I’ve never met her husband."~ Fred Steele:
"If you should ask me, which of course, you won’t, Kelly, you are a fool to go to the Clayvilles’."~ John Porter:
"The taxi driver apparently knew everything about everyone. 'Uncle Hank is just a boy at heart, and every time he pulls one of those practical jokes of his he nearly kills somebody.'"~ Martin Clayville:
"'Good Lord!' Clayville said. 'Uncle Hank has killed that friend of Nancy’s. He’s murdered Dexter Blake!'"~ Uncle Hank Dawson:
"You know that if anything should happen to me Nancy will inherit all my money. How you would enjoy hearing of my execution, Martin!"~ Nancy Clayville:
"She gasped as she saw the dead man, but she didn’t scream." 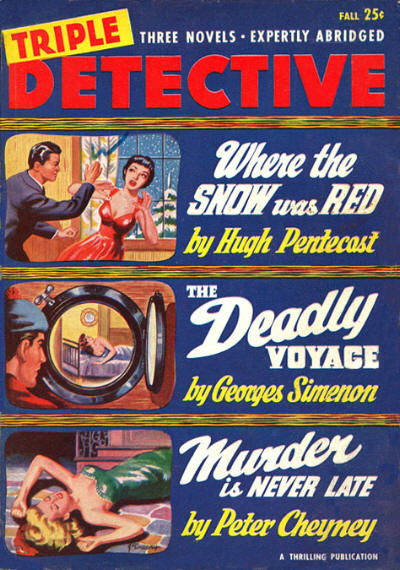