"The Trouble Boys Don't Get Paid to Forget"

THANKS TO HOLLYWOOD, just about everybody has heard of Raymond Chandler and his most famous creation, Philip Marlowe, but only a few would recognize Tony Reseck, his solo appearance being in . . . 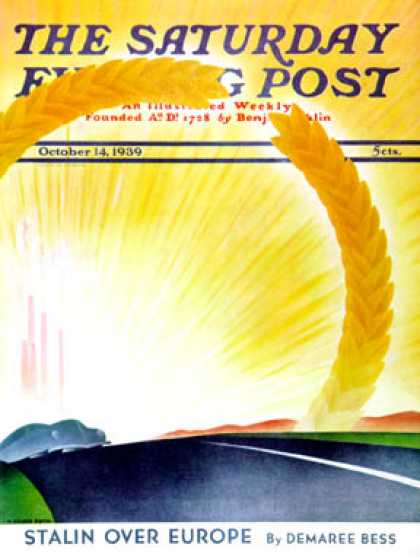 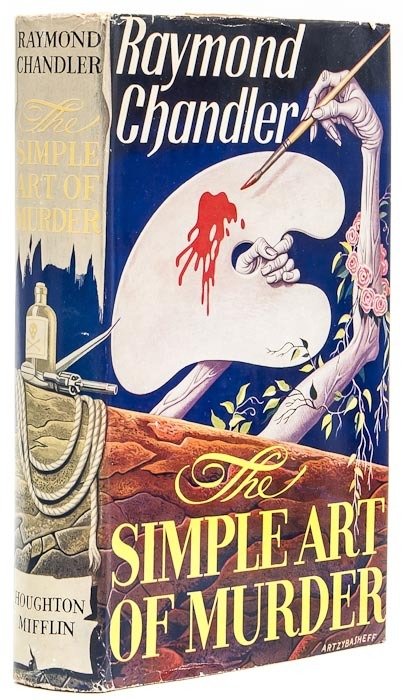 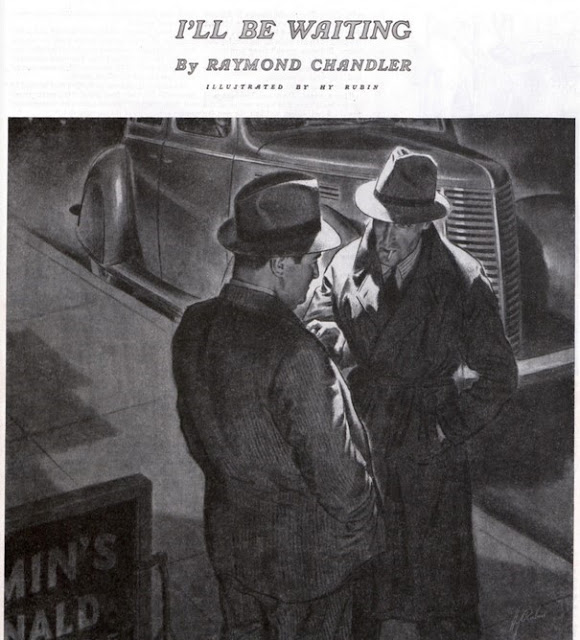 A few characters:
~ The porter:
"His hat's way low. You can't hardly see his face. He says, 'Get Tony,' out of the side of his mouth. You ain't got any enemies, have you, Tony?"
~ Tony Reseck:

". . . hardly breathed for ten minutes. He just watched her, his mouth a little open. There
was a quiet fascination in his limpid eyes, as if he was looking at an altar."
~ Eve Cressy:
"A name waiting for lights to be in."
~ Al:
"I forgot. Guess you don't want to shake hands."
~ The night clerk:
"Hurry back, pop. I don't know how I'll get through the time."
~ Carl:
"Gat under his arm."
~ James Watterson:
"They never run out of gas—those boys. Early and late, they work. The old firm never sleeps." 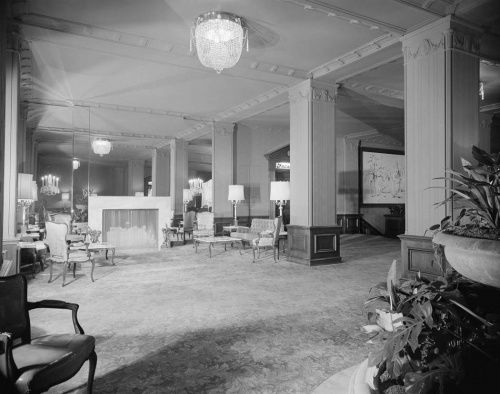 Resources:
- According to The Thrilling Detective Website (HERE), our story, featuring the only appearance of Tony Reseck, was adapted for television in 1993 (IMDb; HERE):

"As far as I know, TONY RESICK [sic] only appeared in one story, Raymond Chandler's classic, 'I'll Be Waiting', but it was a memorable appearance. Tony is markedly different from Chandler's other detectives, who are either Philip Marlowe or Philip Marlowe-clones (Mallory, Carmady, John Dalmas, etc.)."

- A previous post focusing on one of Raymond Chandler's stories, "A Man Called Spade," is (HERE). While Chandler felt free to criticize other "mystery" writers, he couldn't escape the criticism offered by Joyce Carol Oates ("Dorothy L and Raymond C via Joyce Carol O"; HERE). For comparison and contrast, see also "Random Thoughts about the Classic Detective Story" (HERE), John Kessel's "The Big Dream" (SFF; HERE), and Mary Wertheim's "Philip Marlowe, Knight in Blue Serge" (essay; HERE).
- REFERENCES: "Do you like Goodman, Miss Cressy?": That's Benny Goodman, the musician and band leader, enormously popular in 1939 (Wikipedia; HERE). "Since Vienna died, all waltzes are shadowed.": Then-current history; see "Vienna Under the Nazi Regime" (City of Vienna; HERE). "The Last Laugh. Emil Jannings.": A 1924 silent movie (Wikipedia; HERE). "He could hear the grass grow, like the donkey in The Blue Bird.": Take your pick; there was the 1908 play followed by two silent film versions in 1910 and 1918 and an impending talkie version (1940) with Shirley Temple, but most sources don't mention the donkey (called "the ass" in the play; Wikipedia; HERE). "Then he sat back, relaxed again, his neat fingers clasped on his elk's tooth" and "clasped his hands on his elk's tooth and quietly closed his eyes.": No idea. 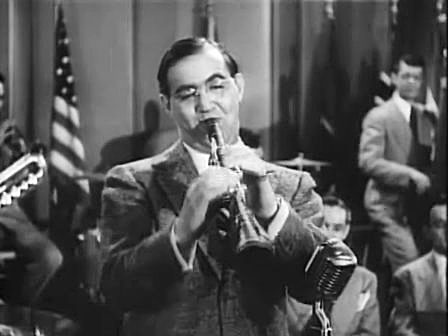