"Madness and the Cunning of Madness Lie Back of All This"

PROFESSOR AUGUSTUS S.F.X. VAN DUSEN: The mere mention of the name will probably leave you scratching your head and with a perplexed expression on your face
if you're not familiar with the protostars of the impending Golden Age of Detection.
Let's leave it to Harlan Ellison, of all people, to put the good Professor into some kind
of context:

"Friends, do you long for a respite from the anomie of modern detective fiction? Do you voicelessly cry out for deliverance from tea-cozy melodramas in which varicose-veined elderly matrons unravel nefarious plots among the forsythia? Do you weep, in the gentle, lonely, small hours for a world in which private eyes do not get sapped across the noggin by footpads and yeggs with lisle stockings stuffed with small change? Is your reading fare fairly fruitless? Do you feel hemmed in by homicides and henna-haired 'hoors who use the eff-word to the ultimate degree of shocklessness? If you tremble at my words, take heart: we offer you Escape! The sweet opportunity to fly thee hence, to go back to Edwardian times in genteel Boston, to an era of ominous gaslight and the clatter of Hansom cabs, to the recent invention of the 'phone and the introduction of the auto cab. A time of mystery and mayhem in which the Bertillon System was not yet wholly antiquated, while yet the Fingerprint Method was still in its adolescence. We offer you surcease from the hysteria and hype, the nonsense of nauseous semiliteracy of Modern Times.
"We offer you Prof. Van Dusen."
— Harlan Ellison, Introduction to Jacques Futrelle's "The Thinking Machine": The Enigmatic Problems of Prof. Augustus S.F.X. Van Dusen, Ph.D., LL.D., F.R.S., M.D., M.D.S. (2003) (HERE)

At the time Van Dusen made his debut, Sherlock Holmes had been resurrected just a few years before, and every scribbler from here to yonder was capitalizing on it by flaunting his own version of Sherlock before a public that couldn't get enough of brainy detectives; Futrelle's Thinking Machine would eclipse, at least for a short while, Doyle's immortal character, until the sinking Titanic would carry an all too mortal Futrelle—and with him
any future adventures for Van Dusen—to the bottom of the North Atlantic:

"Futrelle was, like every other writer worth his hire in those skinny times, utterly enthralled by Holmes and the metaphor of a lone, logical, observant savant with an unerring sense of Right vs. Wrong as representative of the most noble striving of the human race. This embodiment of a sort of, well, homo superior, achievable in homo sapiens if one uses deductive logic and strong ethical behavior, has been the dream of our species since prehistory.
"And here it was, that dream of the rational man. Embodiment: Sherlock Holmes. So Futrelle was not (nor has been) the only conjurer of detective fiction to emulate the Doyle template. . . . But The Thinking Machine was one of the first to manifest that Holmesian metaphor." — Harlan Ellison, op. cit.

What about the stories as a whole, and Futrelle's abilities as a writer in particular?

"Friends, I will not diddle you. This is not great literature. It is not even the greatest mystery writing . . . It is good, solid, competent writing. [The stories] are good, some better than good, a few just adequate. . . . Though The Think-ing Machine stories were enormously popular in their time, though they still amuse and entertain, they creak more than a little." — Harlan Ellison, op. cit.

. . . with which we find ourselves reluctantly agreeing, but then anything over a hundred years old is bound to develop some creaks, n'est-ce pas?
At any rate, we now come to Van Dusen's first case; Ellison thought that "The Vanishing Diva" would be a good name for it, but history has decreed that we know it by its original
title . . .

"The Problem of Dressing-Room A." 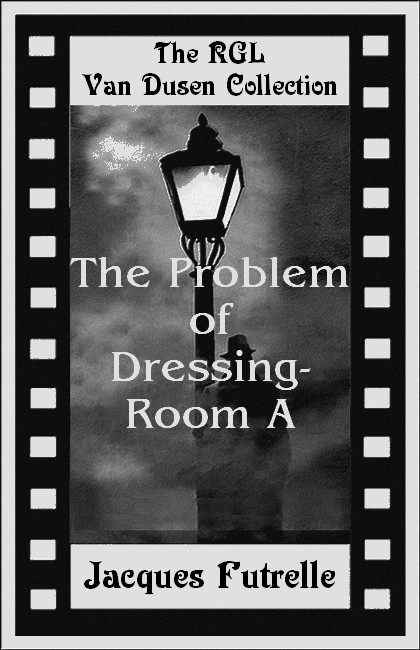 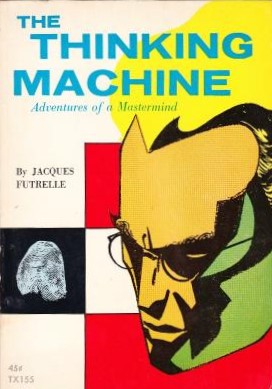 "THAT strange, seemingly inexplicable chain of circumstances which had to do with the mysterious disappearance of a famous actress, Irene Wallack, from her dressing room in a Springfield theater in the course of a performance, while the echo of tumultuous appreciation still rang in her ears, was perhaps the first problem which was not purely scientific that The Thinking Machine was ever asked to solve. The scientist's aid was enlisted in this case by Hutchinson Hatch, reporter."

And to think it all comes down to a box of chocolates . . .

Resources:
- The play being performed when Miss Wallack disappears is As You Like It, detailed in Wikipedia (HERE).
- Information about John Heath Futrelle and his most famous character is abundantly available at FictionMags (HERE), Wikipedia (HERE and HERE), and the IMDb (HERE;
15 writing credits, all posthumous). Futrelle's writings sometimes strayed into SF-nal
territory (his biggest hit, "The Problem of Cell 13," just barely fitting into that genre;
go HERE); see the SFE (HERE) and the ISFDb (HERE). 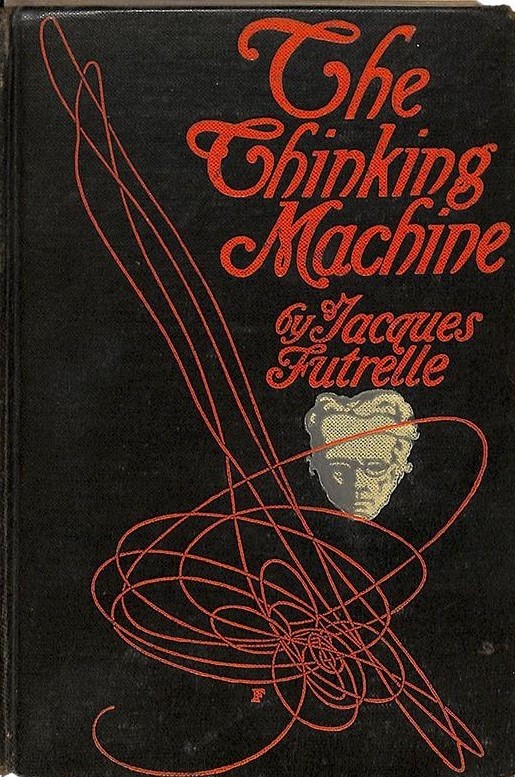