"The Body Wasn't There" 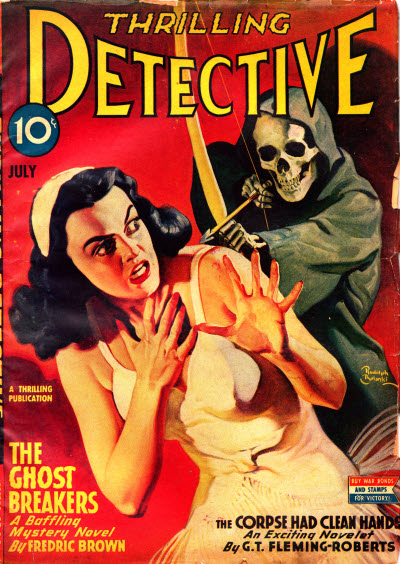 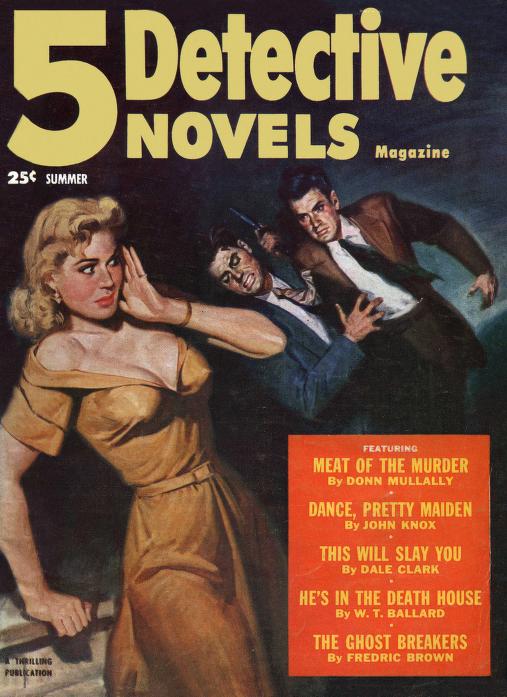 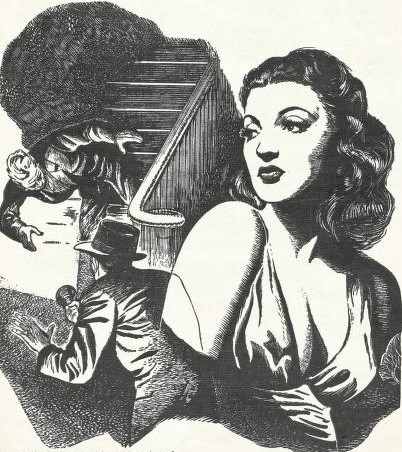 "With a killer and a sexy medium around, George has plenty to excite him in that haunted house—without any walking corpses!"

"A private detective doesn't do any dreaming," George confidently tells his client—but that man lying dead at the bottom of the stairs right at George's feet in a house that's prone to "manifestations"—the corpse that nobody, not even the police, can find—was he just a dream? As far as everybody else is concerned, it's simply a matter of the little PI who cried wolf, but like George insists, a good gumshoe worthy of his trenchcoat doesn't hamstring himself with dreaming . . .

. . . making bad guesses, on the other hand, that's a different matter entirely: "You solved the thing, only you picked the wrong guy. . . ."

Characters:
~ George Rice (the narrator):
"This was an easy way to earn twenty bucks, but if I ever took another assignment like this, I thought, I would bring a thermos bottle of java, extra flashlight batteries, and a good book. Or a blonde."
~ Sergeant Carey:
"If you know this joint is haunted, didn't you know that the ghost is supposed to be that of a tramp who fell downstairs here fifteen years ago?"
~ Captain Nelson:
"That was my luck. I'd tangled with Nelson before, and he was going to make the most of this. He was grinning before Carey got halfway through his story. Then he wiped off the grin and glowered at me, pretending he wasn't enjoying it."
~ Norman Pollock:
"Even unimaginative people sometimes tend to see and hear things they expect to see and hear . . ."
~ Zenas Wegs:
"Mr. Wegs' opinion of me would make the difference between twenty bucks for one night's work or a lot of twenties from now on."
~ Shorty:
"Criminetty, no bo would go any nearer that place than the tracks."
~ Jan Sharpe:
". . . is a screwball. Jan's a mystic and writes books about it."
~ Stanton Waldo:
"Would you care to earn five hundred dollars, Rice?"
~ Scollini:
"I'd have taken him for the devil, myself."
~ Irene Steiner:
". . . a medium—one Irene Steiner, a curvaceous number with an inviting eye, as I had found out . . ."

Typos: "I ddin't have to hunt"; "Strankled" [How often do people get strankled?]; "Green Street".

Resources:
- REFERENCES: "You've probably heard of Scollini, who rated next to Thurston in his heyday.": That would be Howard Thurston (1869-1936; Wikipedia HERE), who "eventually became the most famous magician of his time." 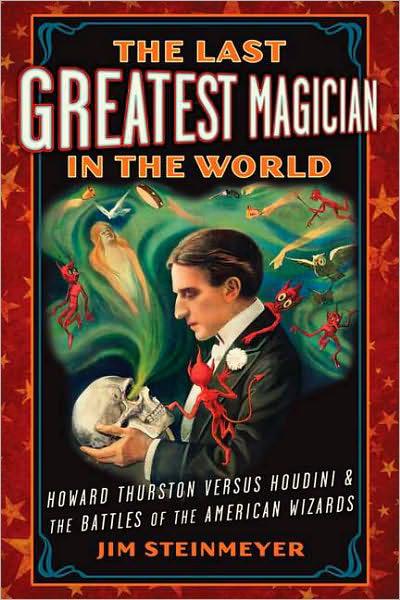 ~ "I walked on into the jungles.": The "Hobo" article on Wikipedia (HERE) includes a glossary of terms commonly used in the 1940s; "jungle" is defined as "an area off a railroad where hobos camp and congregate." ~ "I walked around the end of a string of reefers": "a refrigerated boxcar (U.S.), a piece
of railroad rolling stock designed to carry perishable freight at specific temperatures" (Wikipedia HERE).
~ "It's worth a sawbuck": "a slang term for a U.S. $10 bill, derived from the similarity between the shape of a sawbuck device and the Roman numeral X (10), which formerly appeared on $10 bills" (Wikipedia HERE).
~ "he hadn't been vagged.": Meaning arrested on a charge of vagrancy (The Free Dictionary HERE).
~ "What do you say to a séance at my place tomorrow night?": Wikipedia (HERE) says, "In English the word came to be used specifically for a meeting of people who are gathered to receive messages from ghosts or to listen to a spirit medium discourse with or relay messages from spirits."
~ "I saw now that they were a speaking trumpet and tambourine.": No séance would be complete without these gimmicks.
~ "The phonograph started grinding out Lead Kindly Light": A hymn dating from 1833 (Wikipedia HERE).

~ "The tambourine in the corner rattled, and the table fell, thudding against the carpet.":
A levitating table? See "Seance Table Trick" at Magic Secrets Explained (HERE).
~ "snatched out of his hand and used to garrote him.": A depressingly popular way to
murder someone (Wikipedia HERE).
~ "if she starts throwing ectoplasm around": "a term used in spiritualism to denote a substance or spiritual energy 'exteriorized' by physical mediums" (Wikipedia HERE).
- The Ghost Breakers was also the title of a 1940 comic "horror" movie starring Bob
Hope and Paulette Goddard (Wikipedia HERE and the IMDb HERE). At one point in
our story, in a "frozen second," George admits he was "scared stiff," which happens
to be the title of the 1953 Lewis & Martin remake of The Ghost Breakers (Wikipedia
HERE and the IMDb HERE). 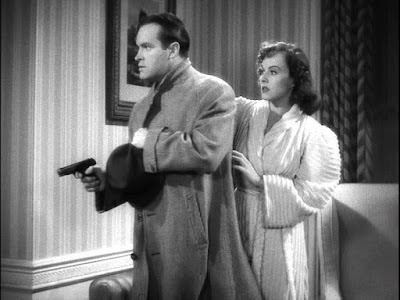 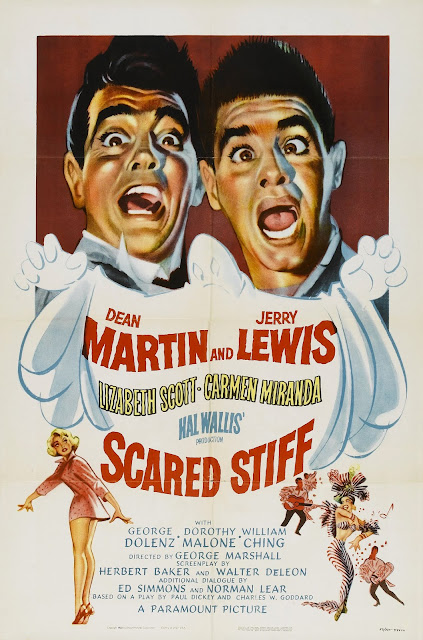