"He Caught a Glimpse of an Arm—a Long, Bare, Extraordinarily Crooked and Scraggy Arm—Hurling Something in His Direction"

"The Adventure of the Coffee-Pot."
By Anonymous.
First appearance: Answers, the Amalgamated Press, London, August 7, 1909. 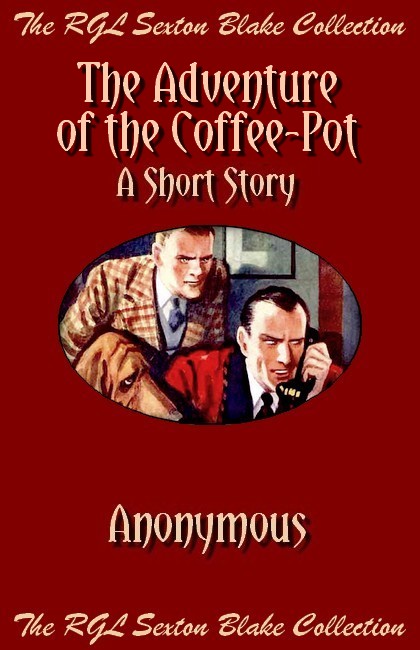 A negligently flung flying missile fails to rattle the brains of one of England's finest rivals of Sherlock Holmes . . .

"A certain element of mystery is, however, not absent from the case; for, despite the doctor's assurance that the cause of death was snake-venom, no mark of a bite could
be found on the dead man's body."
~ Miss Sterling:
". . . a nicer young lady never breathed . . ."
~ Sexton Blake:

". . . spent half an hour in gathering up, with infinite care, the scattered grains of sodden coffee-dregs that bespattered the bottom of the boat. He refrained with great scrupulous-
ness from touching them with his hands, but gathered them up on the point of his knife,
and placed them labouriously in an envelope, which he bestowed in a pocket-book." 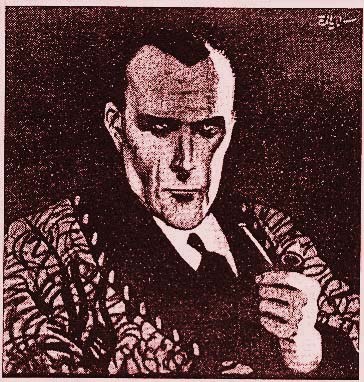 ~ The police inspector:
"You seem to have had an accident, Mr. Blake."
~ "A grave-faced butler":
". . . my hinstructions are to give hevery information."
~ Professor Dudley:
"I 'eard 'im with my own ears tellin' Mr. Dudley so." 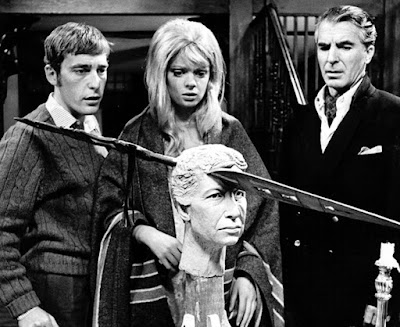