"The Scene of a Few Quiet Tortures or Assassinations"

OUR TITLE comes from the Paradox Master himself, G. K. Chesterton; in his book The Uses of Diversity (1921), Chapter V: "The Domesticity of Detectives," Chesterton observes:

". . . the good detective story is in its nature a good domestic story. It is steeped in the sentiment that an Englishman's house is his castle; even if, like other castles, it is the scene of a few quiet tortures or assassinations.
"The real romance of detection works inwards towards the household gods, even if they are household devils. One of the best of the Sherlock Holmes stories turns entirely on a trivial point of housekeeping: the provision of curry for the domestic dinner." — ONTOS (HERE).

Authors of what is called these days "domestic suspense" (formerly the HIBK School) generally tend to be women and to limit their focus to what GKC terms the "small things," usually but not always about their uneasy relationships with men, whose principal failing seems to be that they're not mind readers. One such domestic suspenser was Ruth Chessman, all of whose limited output is, thanks to e-book publishing, now available. As
an author, Chessman's biggest limitation is that she wants to tell more than show in one
of today's stories ("Silently, Silently"), which these days is regarded as a cardinal sin, a technique which tends to slow down the narrative too much. Chessman is an almost
completely unknown quantity to us; all we know are the comments made on Amazon.com (HERE). Her very brief bibliography comes from there and FictionMags (data below):

"If he were to commit suicide, he thought, it would be by a bullet, or by drowning—certainly not by gas." 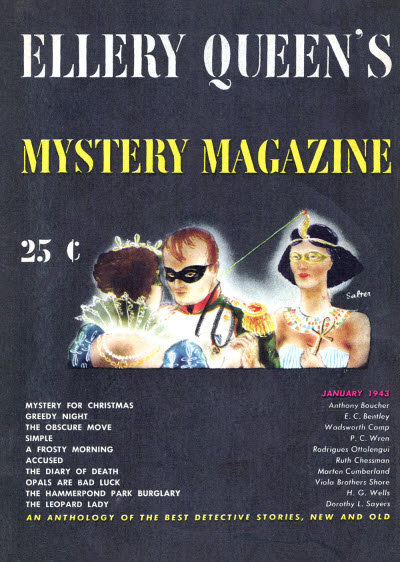 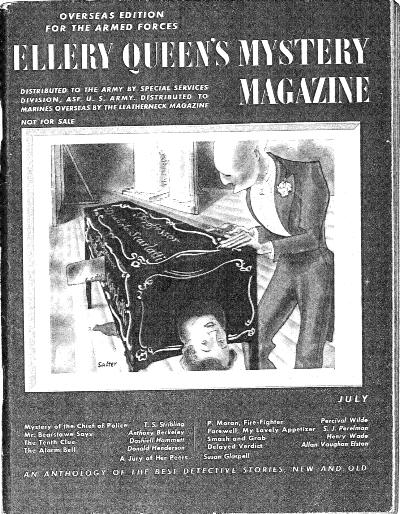 Collected in The Second Golden Age of Mystery & Crime Megapack (2015; for sale HERE). 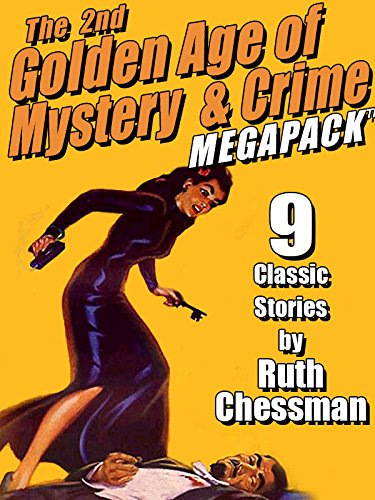 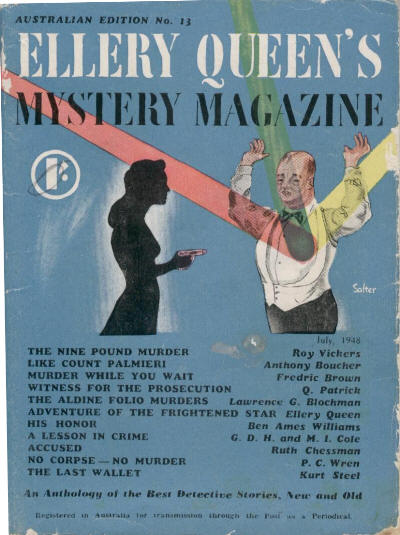 The jury was satisfied, so why isn't he?

Disillusionment—when it comes, it comes down hard . . .

Characters:
~ Rickey Garber:
"He was really the perfect husband every girl dreamed of."
~ Dad:
"Never heard of him. He's a mighty slick-looking article, isn't he?"
~ Court:
"How much do you know?"
~ The doctor:
"I could have helped, earlier."
~ Ellen Garber:
". . . the appalling thing was that she did, she understood everything."

"What would Ellen do?"

The thing about trainwrecks is that nobody sees them coming, primarily because somebody somewhere wasn't paying enough attention to small, seemingly insignificant things like a loose coupling or, as in today's story, fingernail chewing . . .

Characters:
~ Ellen Windsor:
"I'm never together with anyone."
~ Letty Windsor:
"Once and for all, stop looking for trouble!"
~ Janice Perrice:
"Rowdy, noisy, rebellious Janice was poles apart from Ellen."
~ Peter:
"So Janice finally had a tantrum big enough to draw notice."
~ Hilda Perrice:
". . . thought Janice was in bed when the police came!"
~ Mrs. Sturgess:
"I'm glad you got here in time to say goodbye to Janice . . ."

(1) parenting style, with the two styles most likely to predict delinquency being:

"According to Laura E. Berk, the style of parenting that would be most beneficial for a child, and thus stand[s] the highest probability of preventing delinquent behavior, is:

"Children only love people who love them."

"She then made the innocent comment that was to lead to a policeman in the house, not to mention a pretty girl stiff with terror."

When Shakespeare told us, "The robbed that smiles, steals something from the thief," he probably never imagined what would happen next door to Mrs. Brace . . .