"She Turned with a Startle of Breath To See a Weapon Poised, and To Glimpse the Face of Murder"

OUR NEXT STORY prompts Ellery Queen (the editor) to wonder out loud: "Is it possible that Mr. Byrne [the author] is satirizing the whole 'golden age' of the pure detective story? (With particular emphasis on E.Q.?) Even so and nevertheless, a brilliant story." You might agree when you read . . . 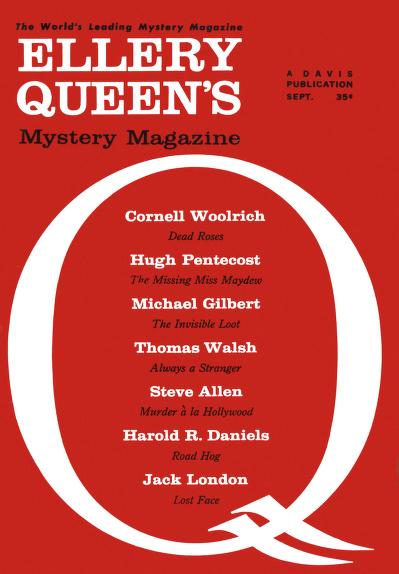 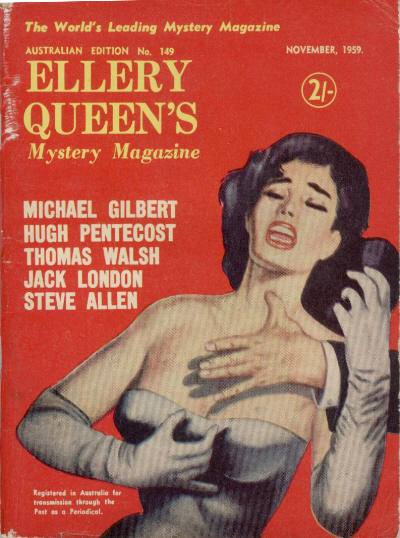 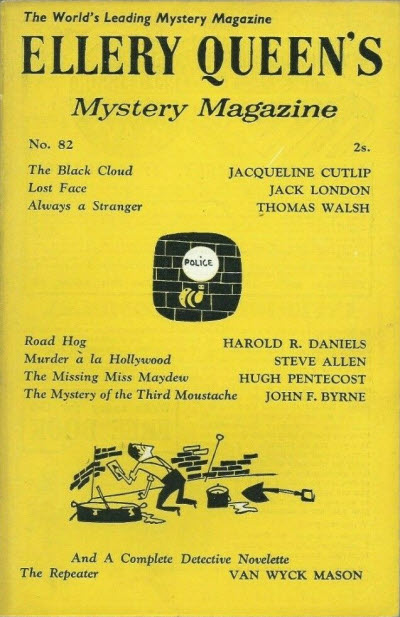 "There would not be one honest tear if I were dead tomorrow."

Can too much ever be made of a dying clue? The vicious murder and robbery of a faded theater star who leaves one behind would seem at first to be of the "passing tramp" variety, but Exendine isn't buying it: "She was killed by someone who knew her well. She was killed for reasons in her house—by someone here in her house."