"There May Be Others" 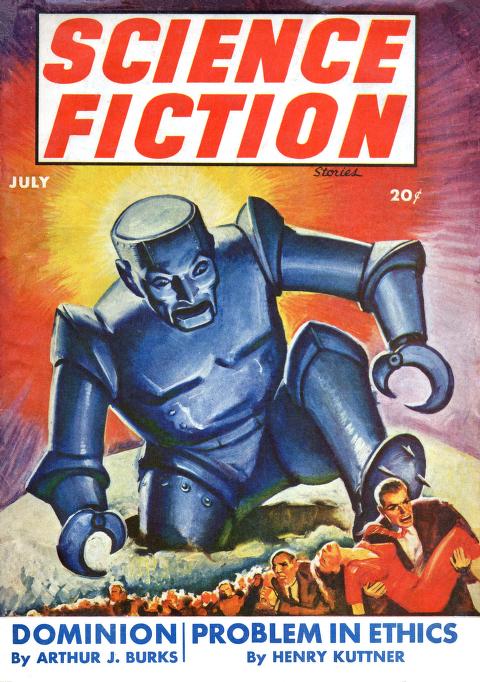 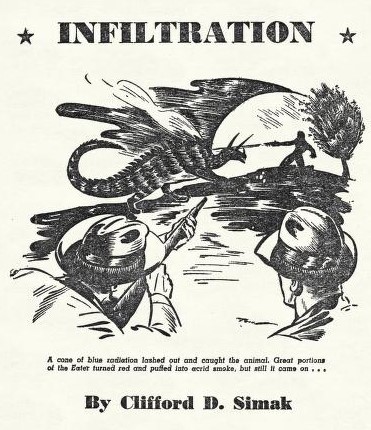 Ray Bradbury wasn't the only one to find something sinister about a traveling carnival . . .

Major characters:
~ Constable Chet Newton:
"This is Chet. Seems we been missing something. We got a murder on our hands."
~ The barker:
"And inside this tent are the things that he brought back . . . animals that he captured
on the red deserts of the ancient planet Mars. Animals that are alien to this world . . ."
~ Pop Hansen:
". . . I got better animals than that in my little old shack."
~ Jake Carter:
"They don't fit in with nothing ever found on earth."
~ Paul Lawrence:
"We are dealing with a thing beyond our depth."
~ The dwarf:

"And while they're packing 'em in, look at us. A good honest freak show and we haven't
had a full house for weeks."
~ Benny Short:
"I'll get some sleep tonight."
~ William F. Howard:
"Here we stand arguing when we should be trying to catch it."
~ Sheriff Alf Tanner:
"Chet, you get the machine gun and let's get going . . ."
~ Mr. and Mrs. Jones:
"It's already gone through the chicken house."
~ Abner Hill:
"He poisoned my bull."
~ Louie Smith:
"Hell's broke loose out here."

Resources:
~ REFERENCES:
~ "Even the slight winds of Mars will blow it many hundred miles a day": "The low density
of the Martian atmosphere means that winds of 18 to 22 m/s (65 to 79 km/h) are needed to
lift dust from the surface, but since Mars is so dry, the dust can stay in the atmosphere far longer than on Earth, where it is soon washed out by rain." (Wikipedia HERE). 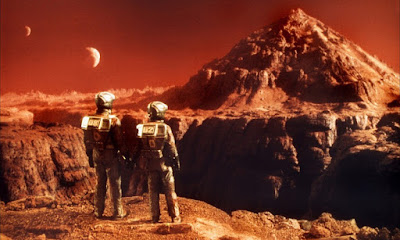 ~ "We have drained the cages of air until they are almost a vacuum, we have introduced
ozone, we have lowered the temperature": "The estimated mean volume ratio of molecular oxygen (O2) in the Martian atmosphere is 0.174%. It is one of the products of the photolysis
of CO2, water vapor and ozone (O3)." (Wikipedia HERE).
~ "A siliceous form of life. Formed of silica instead of carbon": "The element silicon has been much discussed as a hypothetical alternative to carbon." (Wikipedia HERE; also see Memory Alpha Fandom HERE).

~ "A good honest freak show": Until recently such a sideshow was a regular feature of traveling carnivals and county fairs. (Wikipedia HERE).
~ "With a cough of triumph he lunged at the netting. It parted and he plowed onward,
snapped off a tent pole, ripped through the canvas wall, trotted cockily down the center
of the midway": The image of a terrifying monster traipsing through an amusement park turned up in a movie a decade later; see Wikipedia (SPOILERS; HERE) and the IMDb (SPOILERS; HERE). 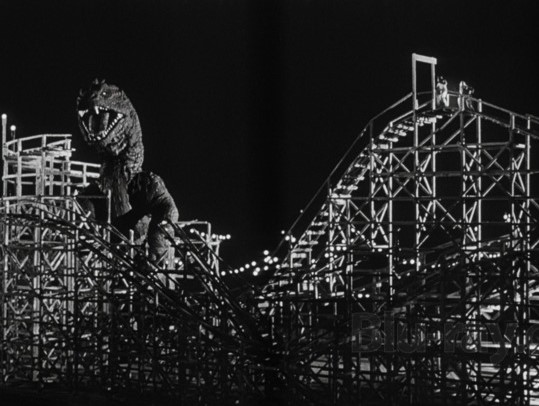 ~ "Fifth column": A term that's still in use but not as commonly as it once was. "A fifth column is any group of people who undermine a larger group from within, usually in
favor of an enemy group or nation. The activities of a fifth column can be overt or
clandestine." (Wikipedia HERE), 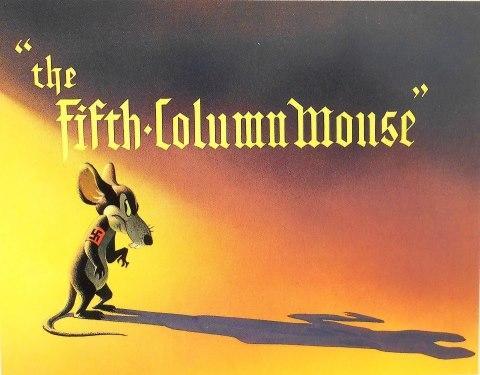 - The science fiction of Clifford Donald Simak characteristically shies away from the usual milieus of SFF, as noted on the webpage devoted to him (HERE):

"His short stories and novels tell mostly about 'ordinary people,' farmers
or small town habitants who unexpected[ly] get into situations which are unclear at the beginning. Often [these] people open a door, a door to other dimensions or times. Simak's humanity and his subtle humour are typical characteristics of his novels and stories. Despite there [being] space ships, robots and other genre-typical devices of science fiction, he was never much interested [in] how these technical devices [work]. For him they were just instruments for the purpose [of telling] (mostly) good stories."