"A Spatter of Blood Began To Fall Like Rain" 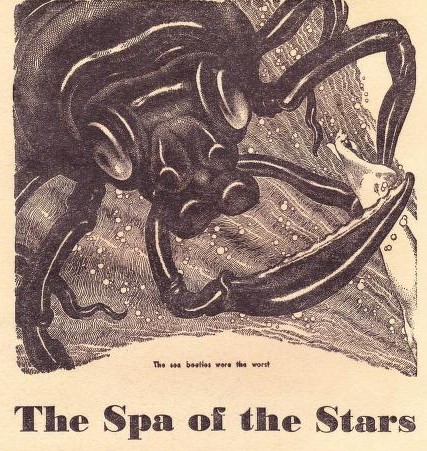 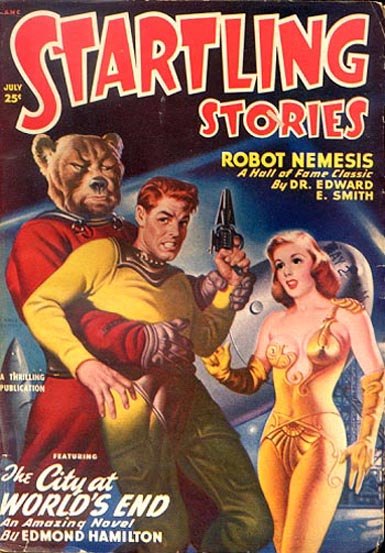 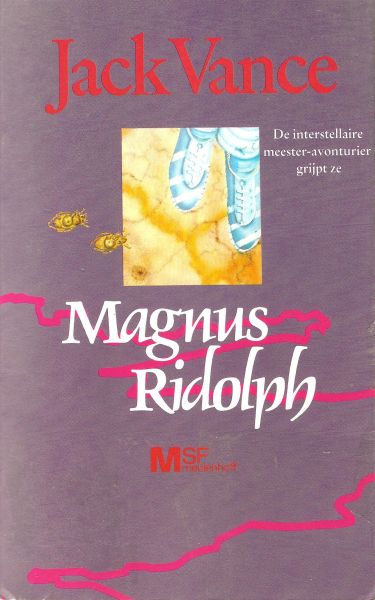 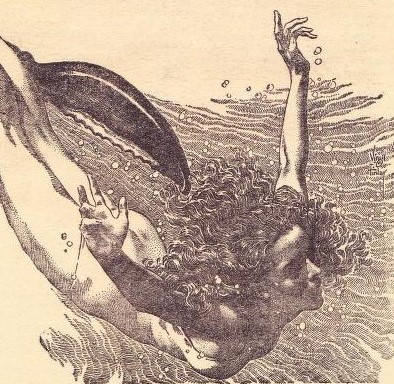 The flora on the resort planet of Kolama is lush, giving the place an undeniable charm;
the fauna, on the other hand, are an entirely different proposition, as Magnus Ridolph unpleasantly discovers when he becomes the unwilling subject of an ill-considered experiment: "The dragon opened its maw, darted its head forward, snapped . . ."

"We don't need a trouble-shooter. We need a dragon-shooter and a water-beetle shooter
and a flying-snake shooter. Lots of 'em."
~ Mayla:
"She was a creature of instinct, rather than intellect, and this suited Joe Blaine very well."
~ Lucky Woolrich:
"I've got the man to help us out if anyone can. He's highly recommended. Magnus Ridolph.
A well-known genius. Invented the musical kaleidoscope."
~ Magnus Ridolph:
"Of course, if you wish to retain me as a consultant, I can outline a simple chemical
process . . ."

Resources:
- "the white sun Eta Pisces": To the Babylonians it was basically a fish bucket. "Eta Piscium (η Piscium, abbreviated Eta Psc, η Psc) is a binary star and the brightest point of light in the constellation of Pisces with an apparent visual magnitude of +3.6. Based upon a measured annual parallax shift of 9.33 mas as seen from Earth, it is located roughly 350 light-years distant from the Sun in the thin disk population of the Milky Way." (Wikipedia HERE). 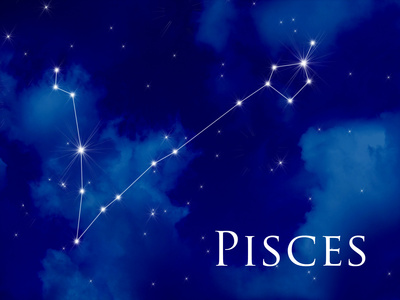