"He Was Killed with a Blank Cartridge" 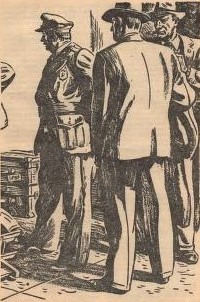 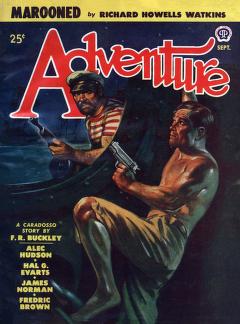 "The three shots were within a space of ten seconds."

The sudden and violent death of a ringmaster at a circus doesn't seem to provoke much in the way of lamentation, since he was universally disliked ("The kind of guy," we're told, "any-
body might want to kill")—but, despite an abundance of clues, just how he departed this
vail of tears isn't at all obvious . . .

Principal characters:
~ Sopronowicz:
"Everybody under him hated his guts because he was an all-around louse." 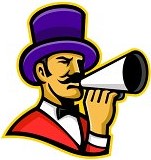 ~ Cap Gurney:
"A clue is the most meaningless thing there is. Nine times out of ten it points the wrong way. It helps fill in a picture, though."
~ Jeff Kranich:
"There's where the stiff is."
~ Ambers:
"Don't tell me the law, son. I read Blackstone once when I was young. It didn't
take . . ."
~ Carle:
"Says Sopronowicz had a yellow streak a foot wide down his back, and that the
only person on earth who couldn't possibly shoot Sopronowicz was Sopronowicz."
~ Golde:
"The ringmaster had arguments with Golde over bookkeeping."
~ Standish:
". . . the trainer, a guy named Standish."
~ Walter Andrews:
". . . we've questioned the only three men we know to have been in the building and their stories sound O.K., except that they were far apart and none of 'em can alibi the others."
~ Fred:
"The fact that it was an elephant wasn't the point of the story at all . . ."

References and resources:
- ". . . so naturally they call them Mutt and Jeff": At the time of our story, they were enormously popular comic strip/book characters. (Wikipedia HERE). 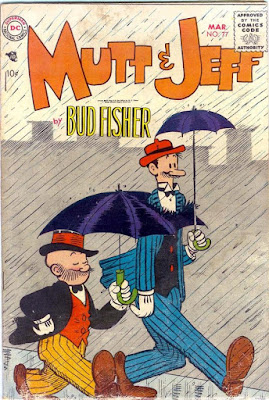 - "I read Blackstone once": William Blackstone (1723-80), highly influential when it comes to English common law jurisprudence. "He is most noted for writing the Commentaries on the Laws of England." (Wikipedia HERE).
- "That story about the four blind men": "The parable of the Blind Men and an Elephant originated in the ancient Indian subcontinent, from where it has been widely diffused. It is a story of a group of blind men who have never come across an elephant before and who learn and conceptualize what the elephant is like by touching it." (Wikipedia HERE). 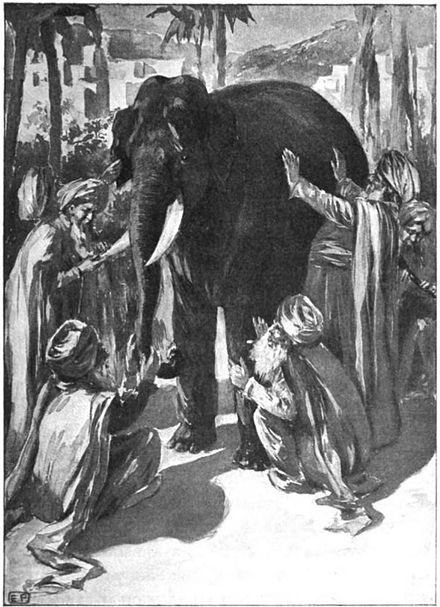 - Our last visit with Fredric William Brown (note the first name spelling) involved another one of his mysteries, "The Ghost Breakers" (HERE). 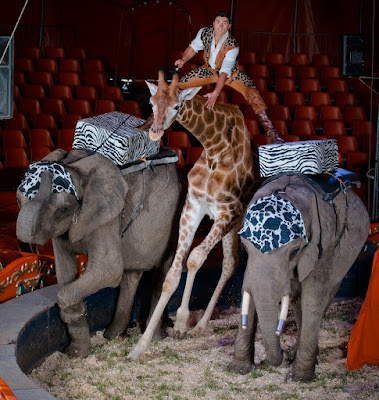