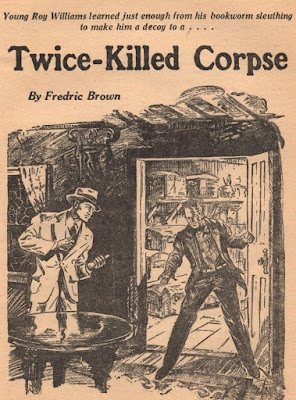 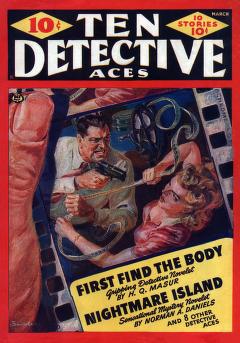 "There was a big butcher knife sticking out of the middle of his chest."

It's well known that you can't libel the dead, but what about killing them—again?

Principal characters:
~ Mr. Murgatroyd:
"There were lines of pain in his face that showed his last illness hadn't been a nice easy one."
~ Roy Williams:
"I was startled at the thought that I was going to have a chance to meet and talk to a real detective. You see, I want to be one when I get old enough . . ."
~ John Rogers:
". . . if you can do what he asks, I might say that our appreciation will—uh—take tangible form."
~ Armin Malone:
"The guy standing there when I opened the door didn't look like a detective at all."
~ Pete:
"This guy ain't got all his buttons."
~ Mr. Bennett:
". . . came in and fired me first and then I had to tell it all to him, and he fired me again."
~ The coroner:
"Well, I finally got around to trying Frohde's reagent. Ammonium molybdate dissolved in strong sulphuric acid. It turned blue, and then green, yellow, and
finally—"
~ Captain Brady:
"To hell with what his death was not. What was it?"
~ Harvey Cummings:
". . . the odor of alcohol came ahead of him into the room like an advance guard."
~ The lawyer:
"He drew up a new will two days ago. But there weren't many important changes."

Call it "the moment," when sleuths in mystery fiction suddenly figure it all out:
"And then, just like that, I knew why. I stood there gawping, and thinking I must be wrong because it was so simple, once you saw it."

Comment: Brown makes good use of the naive narrator technique.

References and resources:
- "we'd be in dutch": "The idioms go Dutch (related to Dutch treat) and in Dutch (which uses Dutch to mean 'trouble') are both sometimes perceived as insulting to or by the Dutch. In addition, the adjective Dutch is found in a few other set phrases (Dutch courage, Dutch gold, and Dutch uncle) in which it implies that something Dutch is not authentic. Although insulting a particular person or nationality may be unin-tentional, it is best to be aware that use of these terms is sometimes perceived as offensive to or by the Dutch." (Dictionary.com HERE).
- "If it should be a mare's nest": "something imagined to be an extraordinary discovery but proving to be a delusion or a hoax; an extremely confused, entangled, or disor-dered place, situation, etc." (Dictionary.com HERE).
- "we'd be holding the bag": In some variant expressions, "the bag" is "the baby": "Aban-
don someone, force someone to bear the responsibility or blame. For example, 'Her friends said they were too busy to help with cleaning up, and left Lucy holding the bag.' This expression is often put as be left holding the bag, as in 'When they quit the clean-up committee, Lucy was left holding the bag.' This idiom grew out of the earlier give one the bag (to hold), which dates from about 1600 and alludes to being left with an empty bag while others have taken the valuable contents." (The Free Dictionary HERE).
- Our latest case of insurance fraud was Donald Barr Chidsey's "The Murderer's Left Hand" (HERE).
- We just can't resist Fredric Brown's fiction; the last story by him that we featured here was "Four Blind Men" (HERE). 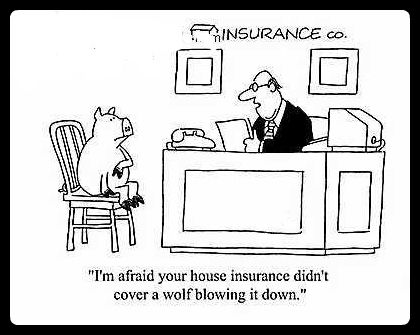