"It's Evident Some One Else Is in the Game, Too"

IF YOU GET a feeling of Holmesian déjà vu as you read today's story, you're not alone, as an Illinois-based amateur sleuth and his Watson work to explicate . . . 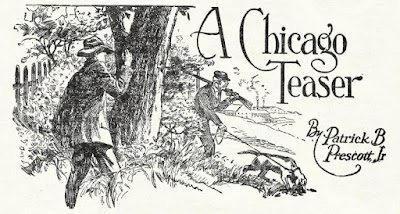 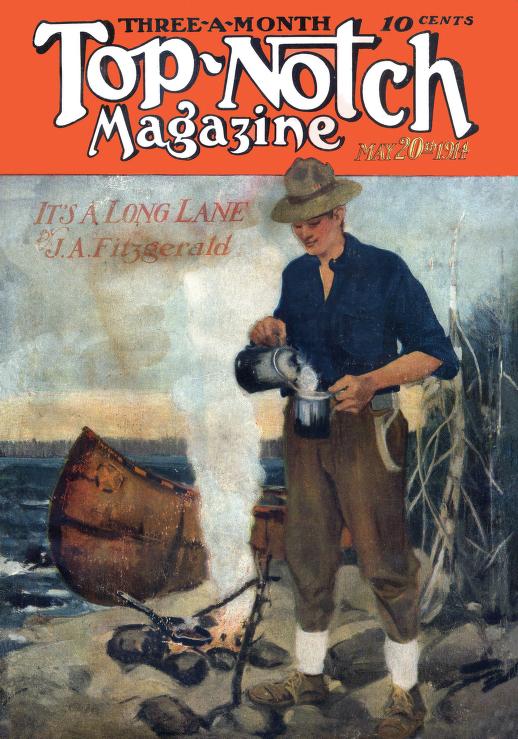 "Keep your eye on the shoes!"

What in the world would cause grown men and dogs to flounder around in the woods in seemingly pointless pursuit of one another, with no clear idea of why they're doing it?
"R.F.", of course . . .

Principal characters:
~ Gunsen, the Swedish butler:
"A gentleman to see you, sir."
~ Hampton Braig:
"There's usually more business than formality in that type. Show the gentleman in, Gunsen."
~ Ralph Flanagan:
"Next minute the door swung open before a stockily built young man with a freckled, bulldog face and flaming hair, but with a spark of innate merriment in his alert blue eyes."
~ Charles Harding:
". . . my companion and coworker. The confidences of one are those of the other."
~ Ralph's father:
"He was a detective of the Chicago police force from eighteen eighty-three to nineteen-two, when he retired, and lived on the income from his investments."
~ Tom Kelly:
"He was a detective, too. It was on the force that dad met him. They were often detailed together, and so became pals. Kelly quit the force in nineteen-three."
~ Fulsy:
"The animal sprang to the ground and wagged a friendly tail."

Comment: To judge from our story, Chicago has seen better days.

Resources and references:
- "over the sweltering city hung the acrid odor of great smelting foundries, mingled with the foul odor of the stockyards": Chicago was for a long time a center for heavy industry: "During World War I and the 1920s there was a major expansion in industry." (Wikipedia HERE). Stockyards: "From the Civil War until the 1920s and peaking in 1924, more meat was processed in Chicago than in any other place in the world." (Wikipedia HERE).

- "some rods behind us": A seldom used unit these days. "The rod or perch or pole (sometimes also lug) is a surveyor's tool and unit of length of various historical definitions, often between 3 and 8 meters. In modern US customary units it is defined as ​16 1⁄2 US survey feet, equal to exactly ​1⁄320 of a surveyor's mile, or a quarter of a surveyor's chain, and is approximately 5.0292 meters. The rod is useful as a unit of length because whole number multiples of it can form one acre of square measure." (Wikipedia HERE).
- "the crossing policeman's whistle": Before traffic lights became common. (Wikipedia HERE). 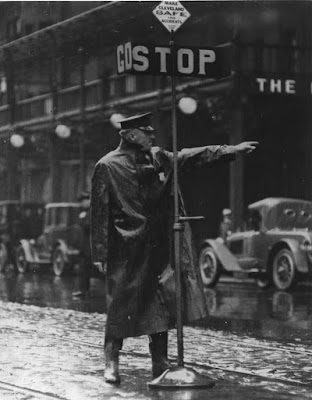