"My Sins Are Many and Long, but Murder Is Not Among 'em"

JOHN STEPHEN STRANGE was, in reality, Dorothy Stockbridge Tillett, a fact she seems to have successfully kept concealed throughout her writing career. Strange's primary output was detective fiction novels, most of them being lauded by contemporary critics (see end of article); according to FictionMags, she seldom produced short works, so the two true (or so they say) crime articles that follow could be considered atypical of our author.

". . . the inspector had long since learned that the murderer does not wear a visible mark of Cain to help bewildered police officials." 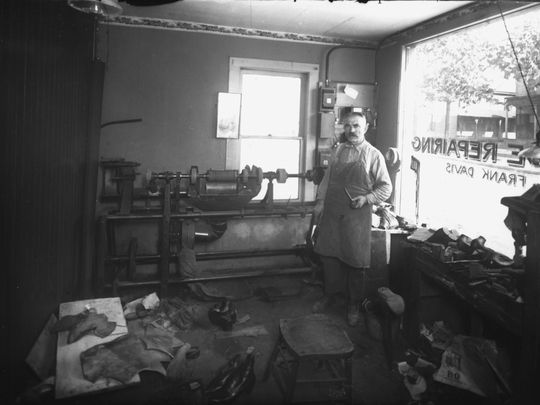 "The true story of a put-up job and how a clever inspector discovered it."

Many a Sunday sermon has cautioned against bearing false witness, which is why you aren't likely to find in the congregation many murderers who've recently crushed in a little old lady's skull for six pounds and change and then tried to pin it on someone else. Continuing in this theological vein, we feel that the killer could have benefitted from a lesson in Greek mytho-logy— you know, the one about the Fates who spin the thread of life, measure it out, and cut
it at their whim. After all, another name for "thread" is "lace," isn't it . . .

"And then luck, or fate, or Providence, or whatever it is that deals out the cards in this poker game of life, dealt Detective Thatcher an ace." 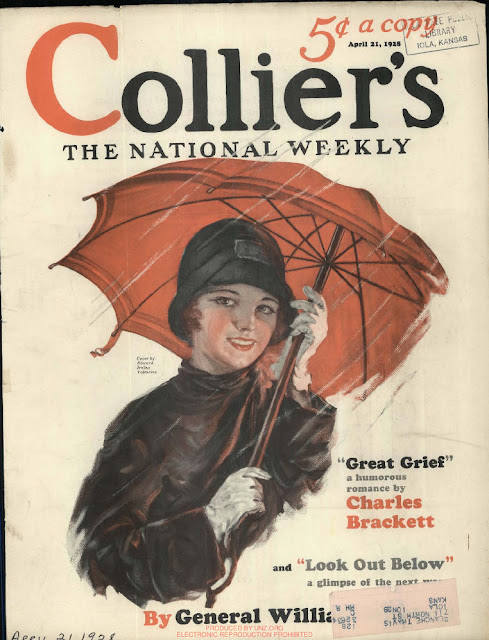 "The story of a cold-blooded murder and how a mother's love solved the mystery."

If someone is going to inherit, someone else has to die—which is why on a chilly winter's morning the furnace man finds the cold, cold corpse of Dr. Harvey "lying on the hearth, fully dressed and quite dead. Beside him on the rug lay the poker with which he had been killed." The trouble is that while the obvious suspects have an obvious motive, there seems to be no provable connection between them and the victim that would lead them to commit murder. It will take a determined police detective, in one of those "Ah ha!" moments we sometimes experience, to finally get all the loose threads to knit together . . .

Comment: Didn't they do this one in a Perry Mason episode—and, before that, in the Bible?
Typo: "he indentified without hesitation"

Resources:
- There's more about John Stephen Strange on the GAD Wiki (HERE), Mike Grost's megasite (HERE), and Fantastic Fiction (HERE).
- Below are links to reviews, most of them contemporary thumbnails, of some (but not all) of Strange's novels:
~ The Man Who Killed Fortescue (1928) (HERE; scroll down to page 251). 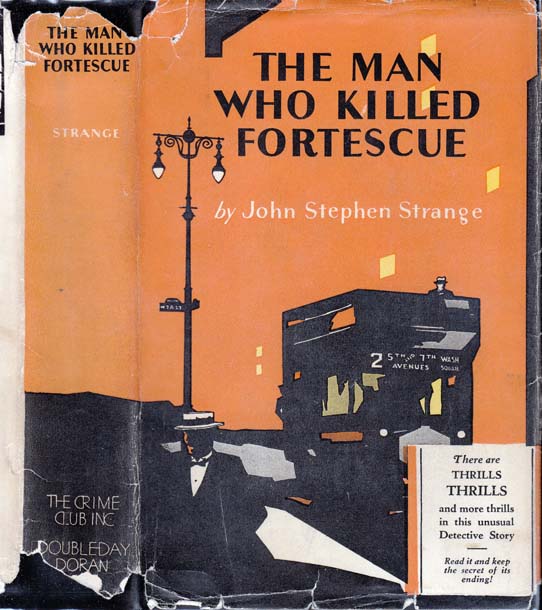 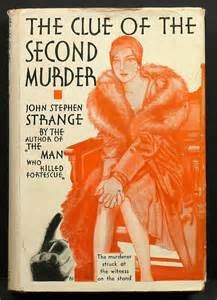 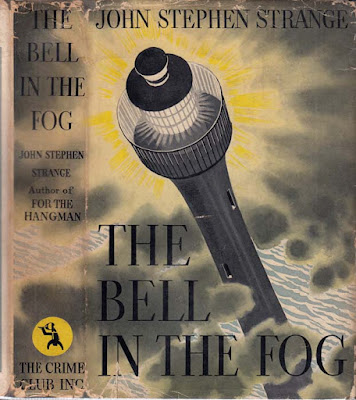 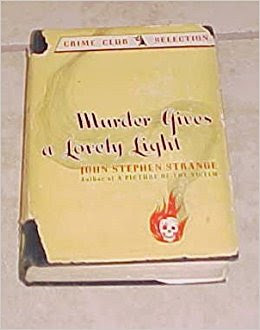 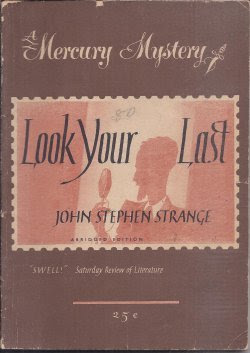 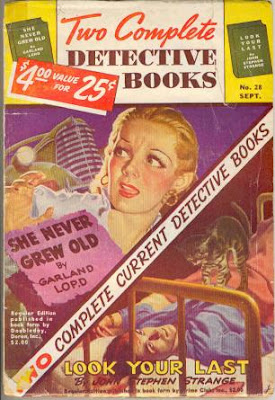 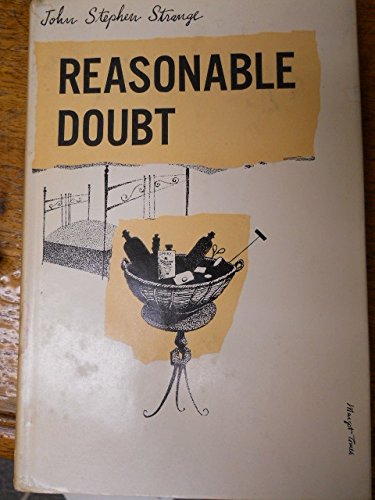 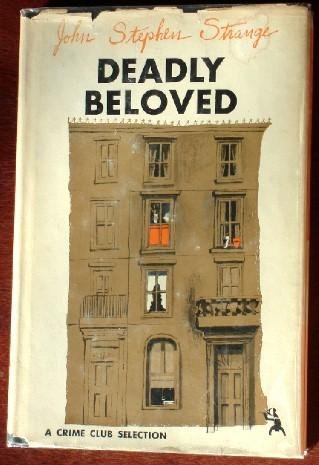