"I Never Thought of That" 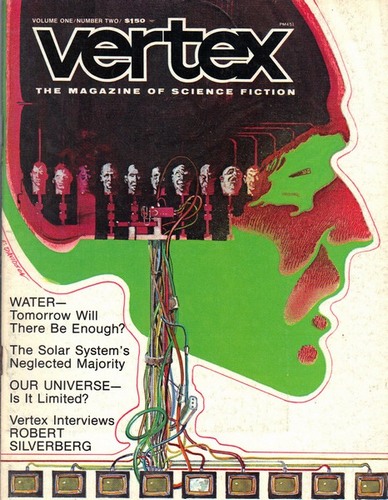 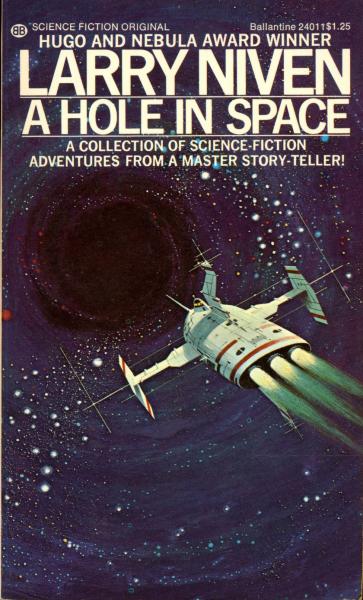 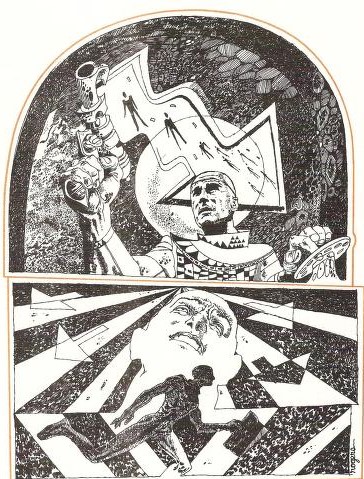 "He had had the thought, even then, that it would be untraceable should he ever want to kill somebody."

Establishing an alibi and getting away unscathed are always the problems for criminals, but our killer believes he's found a foolproof way of doing it . . . 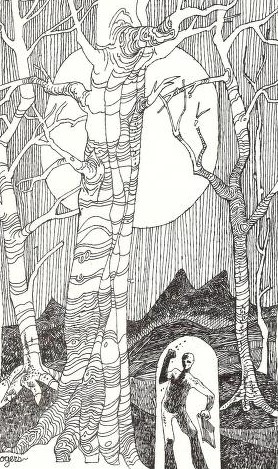 Major characters:
~ Lucas Anderson:
". . . there was also his love of privacy . . . and distrust of people."
~ McAllister:
". . . suddenly his pulse was thundering in his ears. He was afraid."
~ Captain Hennessey:
". . . flicked in with the hot summer air of Fresno around him. It puffed out when he opened the door, and he felt the dry chill of the mountains. His ears popped."
~ Lieutenant Richard Donaho:
"He watched for movement; he watched for footprints. The scenery was both too close and too far down, and it wobbled dizzyingly."
~ The helicopter pilot:
". . . I know guys who might try to take a chopper across this. Might break their stupid necks, too." 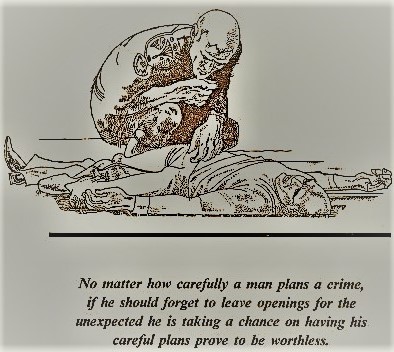 Resources:
- There really is such a thing as a Gyrojet; see Wikipedia (HERE). 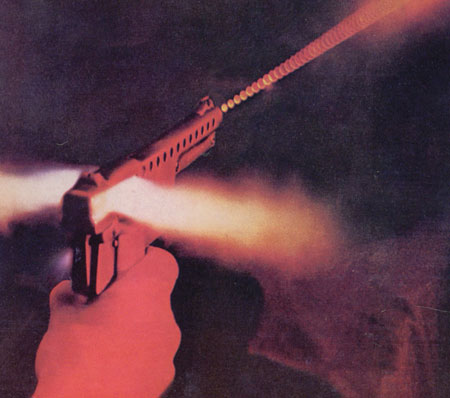 - Traveling without moving sounds paradoxical, doesn't it? Nonetheless, science fiction writers have been using the idea of teleportation ("instantaneous matter transport") as a plot gimmick for well over a century, making it seem plausible even when science has decreed that it's impossible as a practical proposition. It's an exciting notion, certainly, but as our author proves, it can have a dark side. For Larry Niven's thoughts about matter transmission see his forty-year-old—but definitive—article "The Theory and Practice of Teleportation" from Galaxy magazine (HERE; 19 pages). 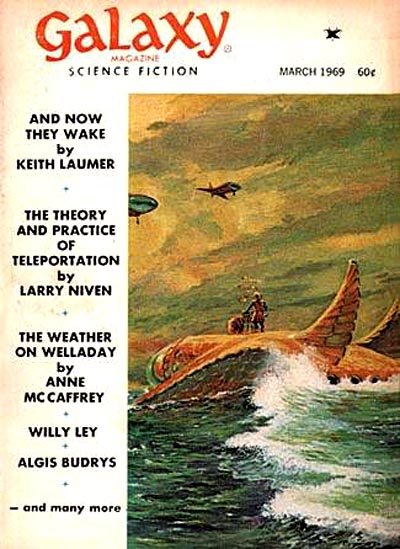