"The Thing Was Out to Kill, in a Deadly, Controlled Manner" 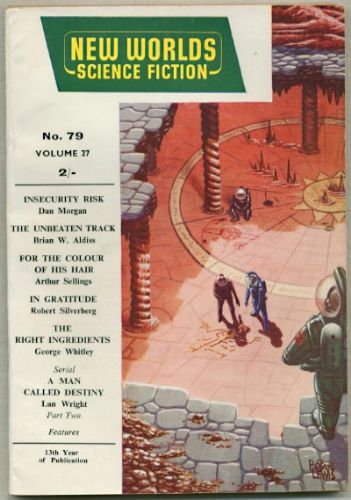 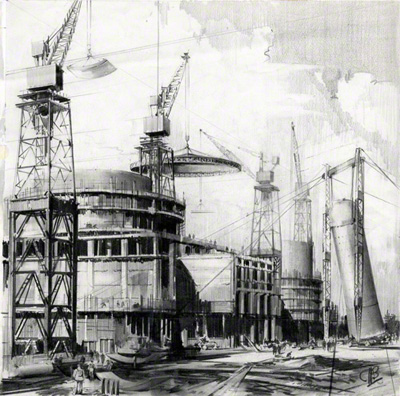 "Many years ago American author Isaac Asimov instituted the three basic laws of robotics within which it was essential such humanoid-type machines should perform their services to Mankind. Since then those basic laws have been adopted by almost every science fiction writer and Dan Morgan uses them here to good effect in a story which combines mystery and detection."

The Cardington nuclear power station, still under construction, suffers a tragedy, the murder of a crane operator, which is bad enough, but there's also strong circumstantial evidence bolstered by an eyewitness that one of the new humanoid robots working alongside the humans is the killer . . .

Characters:
~ Quinn:
"Some of them are saying that it's your fault that the robots were allowed in here in the first place, that you talked them into it."
~ Curtis:
". . . grinned broadly. 'That's fine—we might have an interesting meeting.'"
~ Fenton:
"Such unfavourable publicity might do a considerable amount of damage to the project. And to your own reputation if it became known that you have a strike on your hands, added Curtis mentally."
~ Read:
". . . there was this robot with a big spanner in its hand, standing over Ed. He was lying there on the floor of the cab, his head all bloody."
~ Vane:
"'We're convinced that eventually such a [humanoid] robot will be able to do anything a human is capable of, with no limitations.'"
"'Including murder?'"
"Vane winced." 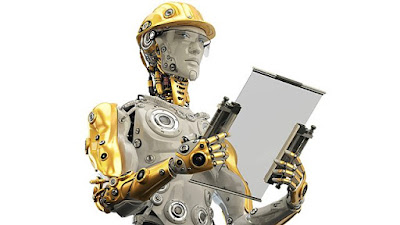 Comment: The surprise here isn't who the murderer is but how he managed it, by taking advantage of "the unconscious prejudice of all of us." 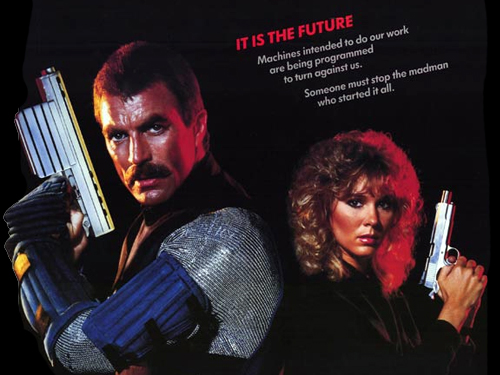 Resources:
- For more on Dan Morgan, writer and musician, see Wikipedia (HERE), the SFE (HERE), and the ISFDb (HERE).
- Curtis asks a pertinent question: "Who are we to create other thinking beings when we can't handle ourselves?" While he's thinking of the possibility of uncontrollable violence in robots, later thinkers proffer even direr predictions:

"Physicist Stephen Hawking, Microsoft founder Bill Gates, and SpaceX founder Elon Musk have expressed concerns about the possibility that AI [Artificial Intelligence] could evolve to the point that humans could not con-trol it, with Hawking theorizing that this could be fatal to humanity: 'The development of full artificial intelligence could spell the end of the human race. Once humans develop artificial intelligence, it will take off on its own
and redesign itself at an ever-increasing rate. Humans, who are limited by slow biological evolution, couldn't compete and would be superseded.'"
— "Artificial Intelligence," Wikipedia

As for robots (embodied AIs) taking away jobs:

"The relationship between automation and employment is complicated. While automation eliminates old jobs, it also creates new jobs through micro-economic and macro-economic effects. Unlike previous waves of automation, many middle-class jobs may be eliminated by artificial intelligence; The Economist states that 'the worry that AI could do to white-collar jobs what steam power did to blue-collar ones during the Industrial Revolution' is 'worth taking seriously.' Subjective estimates of the risk vary widely; for example, Michael Osborne and Carl Benedikt Frey estimate 47% of U.S. jobs are at 'high risk' of potential automation, while an OECD report classifies only 9% of U.S. jobs as 'high risk.' Jobs at extreme risk range from paralegals to fast food cooks, while job demand is likely to increase for care-related professions ranging from personal healthcare to the clergy. Author Martin Ford and others go further and argue that a large number of jobs are routine, repetitive and (to an AI) predictable; Ford warns that these jobs may be automated in the next couple of decades, and that many of the new jobs may not be 'accessible to people with average capability,' even with retraining. Economists point out that in the past technology has tended to increase rather than reduce total employment, but acknowledge that 'we're in uncharted territory' with AI."
— "Artificial Intelligence," op. cit.

- We keep bumping into robots, don't we? Our latest such encounter was Harry Harrison's "Arm of the Law" (HERE). 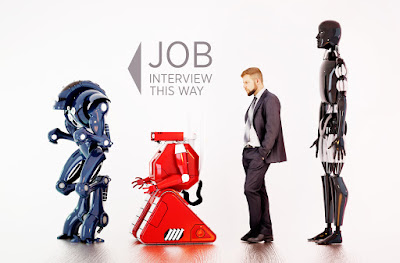