"There Are Too Many Facts, and They're Too Conclusive"

NINETY YEARS AGO lie detector tests were generally regarded as very reliable, which the protagonist of today's story exploits for all it's worth . . . 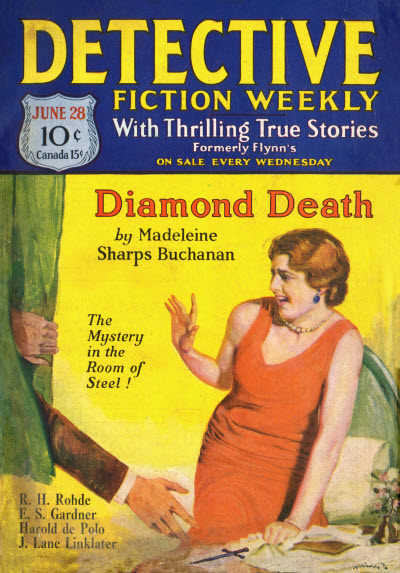 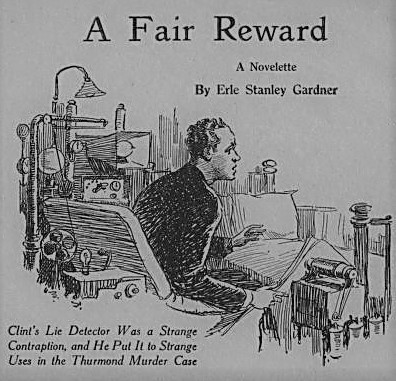 . . . and let's not forget his need for the special talents of a burglar, a quarter-inch tube of radium worth five grand, an assortment of dilapidated machinery, and, last but not least, a casket . . .

Chapter I: "A Backwater of Life"
Chapter II: "The Scientific Detective"
Chapter III: "Insult Intentional"
Chapter IV: "What About the Reward?"
Chapter V: "Trick Photography"
Chapter VI: "He Got His Reward"

Characters:
~ Governor Kendall, who is having second thoughts:
". . . here's what I'm up against. Unless I sign a pardon or a commutation of sentence that woman is going to die within two weeks. She's a mother, two grown children. She has one grandchild. Hang it, Clint, I don't know how I feel. I don't doubt her guilt, and yet—well."
~ Clint Kale, a really scientific detective:
". . . [who, as the Governor tells him, is blessed—or, if your prefer, cursed—with] your cold-blooded efficiency, your ever-present air of supercilious superiority that gets you into trouble!"
~ Boston Blackie:
"Permanent pessimism was stamped upon his features."
~ Carl Rosamond, of the Middlevale Courier:
"His brain reeled with the stuff he was permitted to publish."
~ Chief of Police Ellery Hatcher:
"What's comin' off here?"
~ Thomas Jefferson Train, the D.A.:
"I understand that you were trying to upset a just conviction in a court of justice . . ."
~ Ezra Hickory:
". . . produced a big revolver . . ." 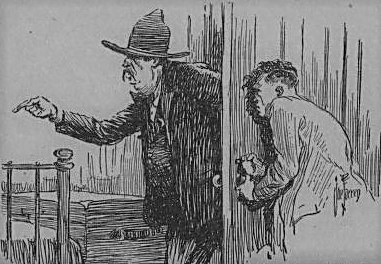 Resources:
- The less popular name for a "lie detector" is the polygraph, the subject of a Wikipedia article (HERE). As to how effective the device is, in the same article we learn:

- Clint Kale improvises an electroscope, the operating principles of which are described in Wikipedia (HERE).

- It has been well over a year since we focused on Erle Stanley Gardner's most famous creation (HERE). 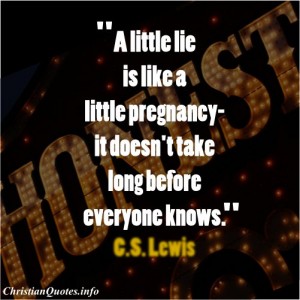