"There's Enough Arsenic in There To Depopulate New Jersey" 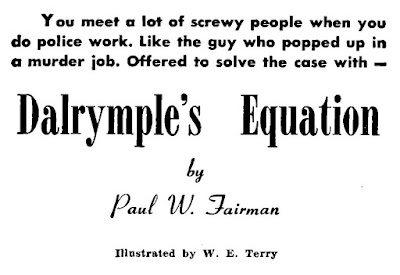 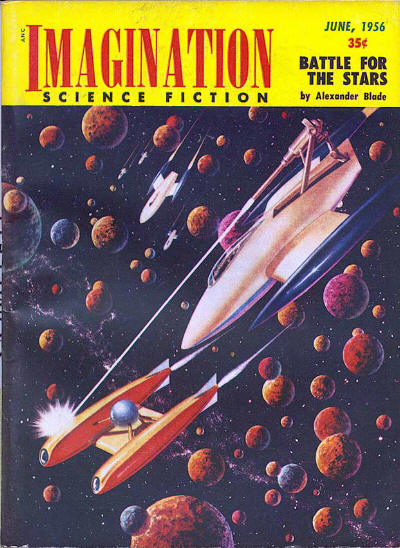 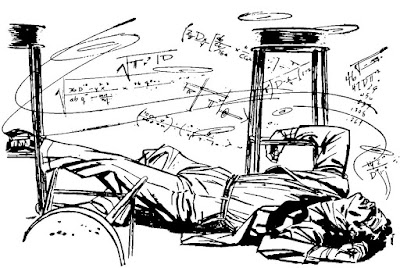 Is it possible to reduce a killing into a mathematical equation and use it to catch the one responsible? Dalrymple thinks so—but there's reason to believe that Dalrymple isn't fully compos in his mentis . . .

Principal characters:
~ Arthur Davis:
"Deader than a lamp post for my money."
~ Timothy Garver:
". . . looked like a flabby-jowled ghost."
~ Kinder and Walpole:
". . . probably forgot what tavern they'd been in because they didn't return."
~ Dalrymple:

"There was just something about him you took an instant dislike to and the dislike
stayed with you."
~ Donovan:
"The snearing little son-of-a—"
~ Kennedy:
"It's the not knowing that gets you. The wondering. Thinking sometimes one way
and sometimes the other. But never knowing for sure."

Resources:
- "the now famous Brinks holdup": It was "the crime of the century" and the "inspiration" for at least four films. "The Great Brink's Robbery was an armed robbery of the Brink's Building at the east corner of Prince St. and Commercial St. in the North End of Boston, Massachu-
setts on January 17, 1950. Today the building is a parking garage located at 600 Commercial Street.
"The $2.775 million ($29.5 million today) theft consisted of $1,218,211.29 in cash and $1,557,183.83 in checks, money orders, and other securities. It was then the largest robbery in the history of the United States, and remained so until 1984. The robbery, skillfully execu-
ted with few clues left at the crime scene, was billed as 'the crime of the century.' It was the work of an eleven-member gang, all of whom were later arrested." (Wikipedia HERE). 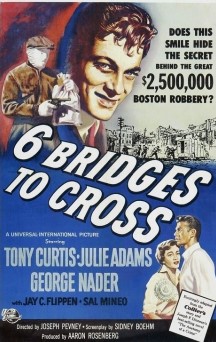