"And So Constantine's Murderer Must Be Aware That If He Tries To Sell, He Will Be Paid by the Hangman" 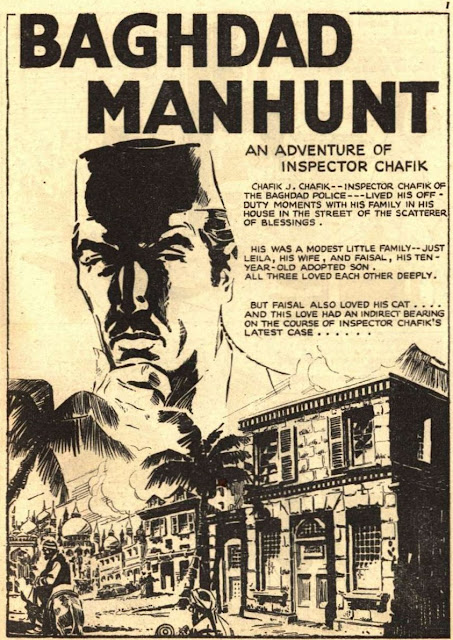 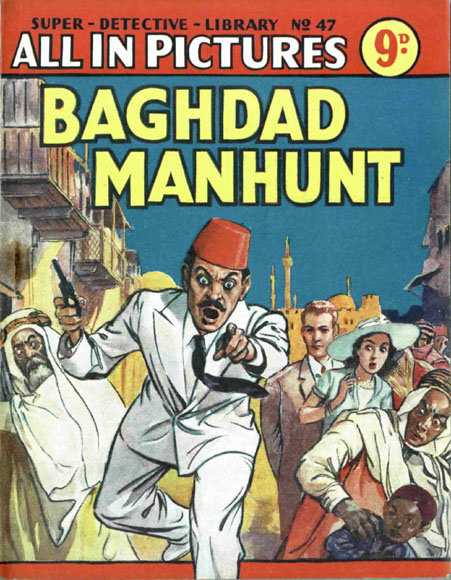 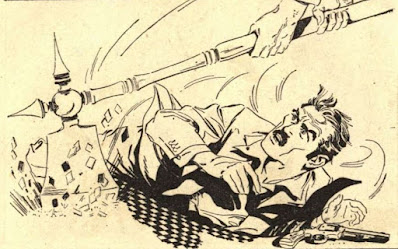 "Where is my escort into the next world?"
It's an old truism: one crime begets another. The theft of valuable antiques in the past culminates in a murder in the present—"a murder," says Inspector Chafik, "carried out, it would seem, to secure this priceless chalice," the color of which, an avid collector informs us, is "the sun-flecked blue of the canopy of heaven's throne!" But this case gets even more complicated when the Inspector's son goes missing and Chafik finds himself beset by a surfeit of street beggars . . . . 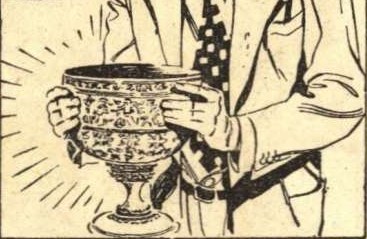 Major characters:
~ Esiah Constantine:
"Battered to death with the club at my feet — a warrior's weapon."
~ George Topalian:
"I was horrified to find him still here — murdered."
~ David Topalian:
". . . who better to buy them than David Topalian?"
~ Shah Murad:
"His evidence, sir, is that he saw the deceased admitted to these premises."
~ Doctor Mohammed Ghaffari:
"Value? Do you mean money? Inspector, one does not estimate such a treasure in money!"
~ Leila:
"I am so afraid that some harm may have befallen him . . ."
~ Faisal:
"And have you not shown me that one must have compassion for a waif?"
~ Sergeant Abdullah:
"It is the way of boys . . . I have daughters!"
~ Inspector Chafik J. Chafik:
"And I do not think it wisdom to enter a murderer's house . . ." 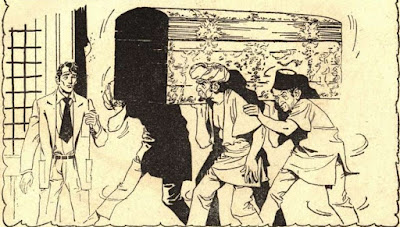 Typo: "Abdulla".
References and resources:
- "When a Sumerian noble was buried": See "Funerary practices" in Wikipedia's "Sumer" article (HERE) and the much more detailed account at Burial Practices of the Ancient World (HERE).
- "this dates to Sheba": It was "a kingdom mentioned in the Hebrew Bible (Old Testament) and the Quran. Sheba features in Jewish, Muslim, and Christian, particularly Ethiopian Christian, traditions. It was the home of the biblical 'Queen of Sheba', who is left unnamed in the Bible, but receives the names Makeda in Ethiopian and Bilqīs in Arabic tradition." (Wikipedia HERE). 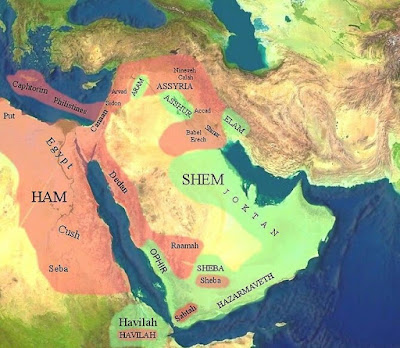