"Join with Us in Hating This Wretch" 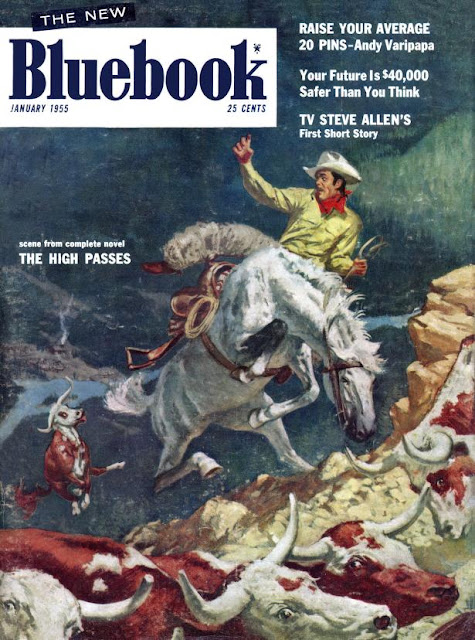 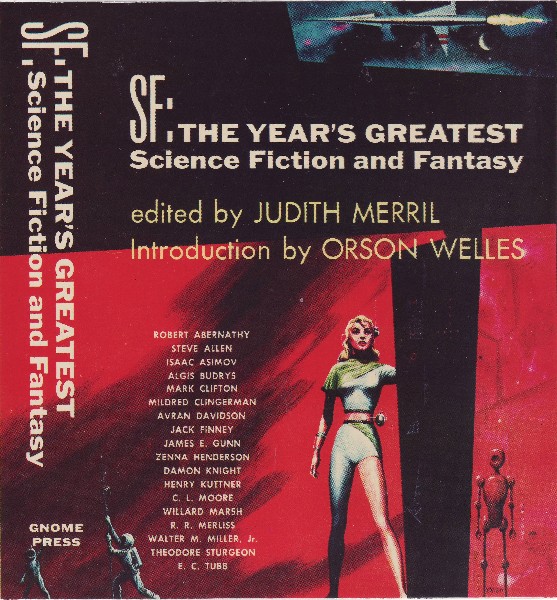 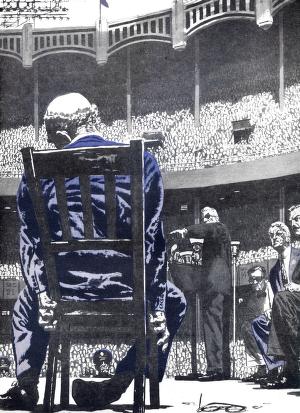 "I ask you all to direct your unwavering attention toward the man
seated in the chair to my left here, a man who in my opinion is the
most despicable criminal of our time . . ."

The rule of law demands that when there's a crime there should be punishment, and the
state bears the responsibility for carrying it out; but suppose the state relinquishes that responsibility and turns it over to the people. What then?

Characters:
~ Frederic Traub:
"When did they first substitute a living organism for the dice?"
~ His companion:
"Damned if I know. It was quite a few years ago and at first the government sort of clamped down on the thing. There was a little last-ditch fight from the churches, I think. But they finally realized you couldn't stop it."
~ The Reverend Charles Fuller:
"For it is written the wages of sin is death."
~ Dr. Howard S. Weltmer:
"On the souls of your mothers, on the future of your children, out of love for your country, I demand of you that you unleash your power to despise. I want you to become ferocious."
~ Professor Arthur Ketteridge:
"Traub watched in dry-mouthed fascination as the slumped figure in the chair straightened up convulsively and jerked at his collar."

Resources:
- The usual reliable sources for more info about the late Stephen Valentine Patrick William Allen are Wikipedia (HERE), his own webpage (HERE), the IMDb for his multimedia efforts (HERE), and the ISFDb (HERE). As you can tell from the Reprints page, for a story penned by a writer with such a small lifetime SFnal output, "The Public Hating" has enjoyed a lengthy afterlife, being anthologized in 1956, 1967, 1970, 1977, and finally 1989. 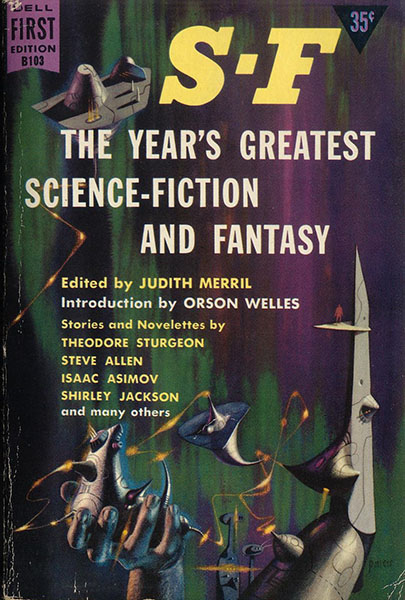