"There Is No Such Thing As a Mystery in Connection with Any Crime, Provided Intelligence Is Brought To Bear Upon Its Investigation"

WHEN IT COMES to how a crime actually occurred, good investigators are almost entirely dependent on eyewitness testimony for confirmation and seldom resort to their imaginations to explain things; however, in today's story, imagination ("intelligence," insists our armchair sleuth extraordinaire), buttressed by a few known facts, is used to the max to help solve . . . 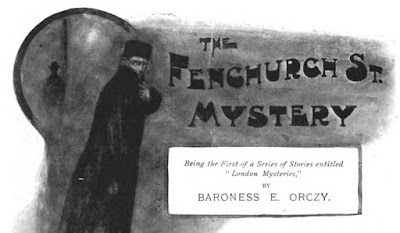 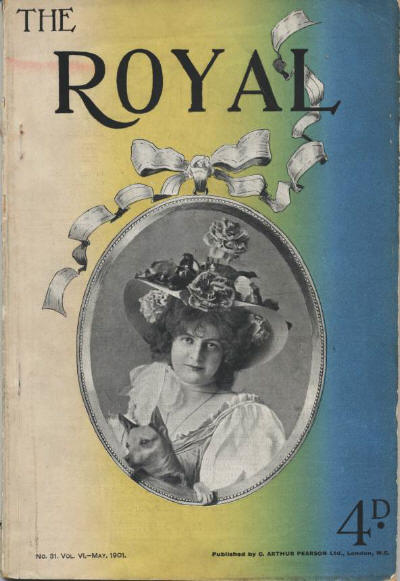 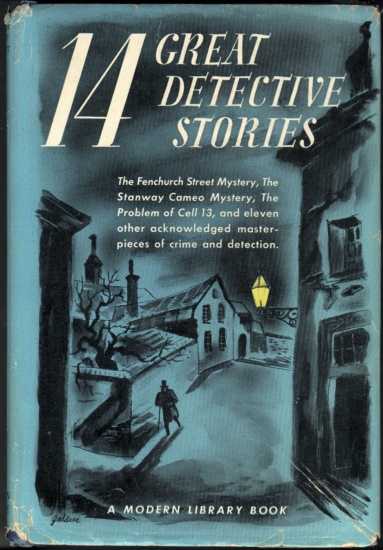 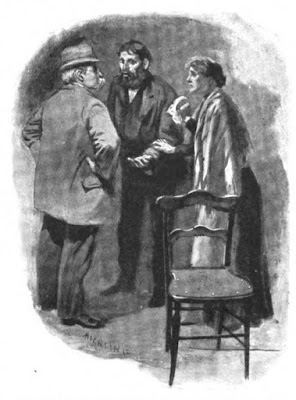 It's worth repeating that, as Cornell Woolrich observed, love is spontaneous, but any murderer with malice aforethought hoping to get away with it should always think ahead: "What careful planning, what painstaking attention to detail, goes into extinguishing
a man's life! Far more than the hit-or-miss, haphazard circumstances of igniting it."

Major characters:
~ Polly Burton:
"She was a personality, was Miss Burton of the Evening Observer."
~ The Old Man:

"Polly thought to herself that she had never seen any one so pale, so thin, with such funny light-coloured hair, brushed very smoothly across the top of a very obviously bald crown. He looked so timid and nervous as he fidgeted incessantly with a piece of string; his long, lean, and trembling fingers tying and untying it into knots of wonderful and complicated propor-
tions."
~ Karl Müller, William Kershaw, Francis Smethurst:
One of these men is dead, one of them is his killer, and one is a dear friend.
~ Mrs. Kershaw:
"She would not look at the prisoner, and turned her head resolutely towards the magistrate.
I fancy she had been fond of that vagabond husband of hers: an enormous wedding-ring encircled her finger, and that, too, was swathed in black. She firmly believed that Kershaw's murderer sat there in the dock, and she literally flaunted her grief before him."
~ Sir Arthur Inglewood:
" . . . is the most fashionable man in the law at the present moment. His lolling attitudes,
his drawling speech, are quite the rage, and imitated by the gilded youth of society." 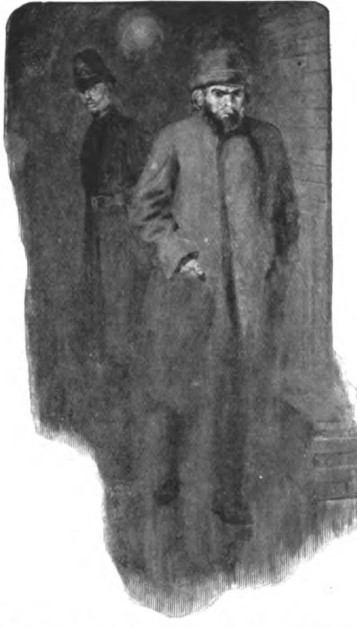 ". . . my inclinations and my duty would—were I to become an active member of the detective force—nearly always be in direct conflict. As often as not my sympathies
go to the criminal who is clever and astute enough to lead our entire police force by
the nose."
". . . mind you, I am only an amateur, I try to reason out a case for the love of the
thing . . ." 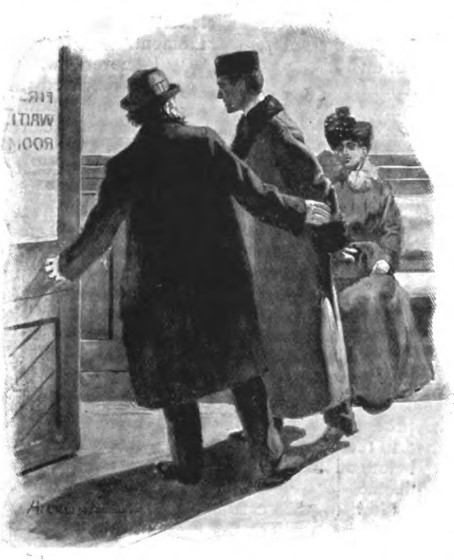 Resources:
- "She had interviewed Miss Ellen Terry": A well-known thespian of the time. "Dame Alice Ellen Terry, GBE (27 February 1847 – 21 July 1928), known professionally as Ellen Terry,
was a renowned English actress of the late 19th and early 20th centuries." (Wikipedia HERE).
- "the Bishop of Madagascar": "The Bishop of Madagascar was the Ordinary of the Anglican Church in Madagascar from 1874 until the Diocese was split into three in 1969." (Wikipedia HERE).
- "Mr. Seymour Hicks": Another thespian. "Sir Edward Seymour Hicks (30 January 1871 –
6 April 1949), better known as Seymour Hicks, was a British actor, music hall performer, playwright, screenwriter, actor-manager and producer. He became known, early in his
career, for writing, starring in and producing Edwardian musical comedy." (Wikipedia
HERE).
- "the Chief Commissioner of Police": The top cop in London. "The Commissioner is regarded as the highest ranking police officer in the United Kingdom, although their authority is generally confined to the Metropolitan Police Service's area of operation, the Metropolitan Police District. However, unlike other police forces the Metropolitan Police has certain national responsibilities such as leading counter-terrorism policing and the protection of
the Royal Family and senior members of Her Majesty's Government." (Wikipedia HERE).
- "Marlborough House": Fancy digs. "It was built for Sarah Churchill, Duchess of Marl-borough, the favourite and confidante of Queen Anne. For over a century it served as
the London residence of the Dukes of Marlborough. It became a royal residence
through the 19th century and first half of the 20th." (Wikipedia HERE).
- "the Hotel Cecil": An actual hostelry. "The Hotel Cecil was a grand hotel built 1890–96 between the Thames Embankment and the Strand in London, England. It was named
after Cecil House (also known as Salisbury House), a mansion belonging to the Cecil
family, which occupied the site in the 17th century. The hotel was largely demolished
in 1930 . . ." (Wikipedia HERE). 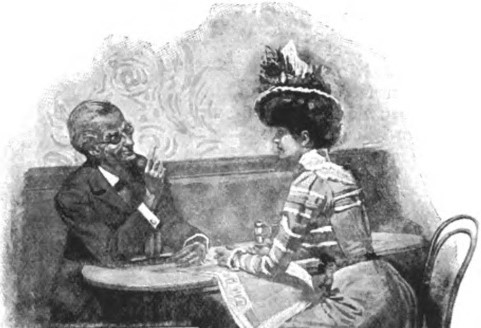 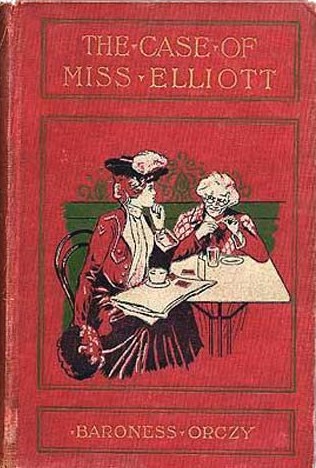