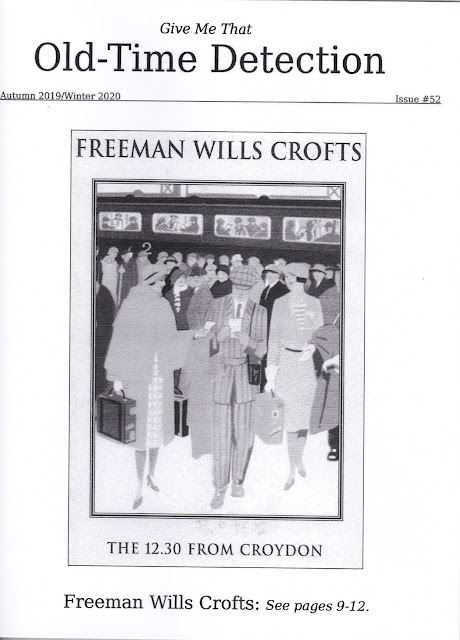 With many Golden Age (GAD) writers nowadays seeing reprints for the first time after years of neglect, Arthur Vidro's Old-Time Detection (OTD) is more timely than ever, an invaluable resource for neophyte and experienced readers alike. The insights and information contained in any given issue of OTD make it a worthwhile reservoir from which Golden Age enthusiasts may drink with pleasure.

~ From the Editor by Arthur Vidro:
Vidro echoes the sentiments of many devotees of classic detective fiction: ". . . every time a publisher [such as Penzler Publishers] reprints a novel of an old-time author, or (as Crippen & Landru does) collects into a book for the first time the short stories of an old-time author, it is cause to rejoice."

~ Looking Backward by Charles Shibuk and A Sidebar by Arthur Vidro (2 pages):
Shibuk disusses the comments supplied by Jacques Barzun and Wendell Hertig Taylor for
A Book of Prefaces to Fifty Classics of Crime Fiction, 1900-1950: "The collaborators have endowed these highly literate prefaces with all the wisdom of their many years of reading experience. Their pithy remarks are always interesting, enlightening, and a good example
of their critical expertise and mandarin tastes." Arthur Vidro helpfully appends a complete
list of those "Fifty Classics."

~ Christie Corner by Dr. John Curran (2 pages):
The world's foremost expert on Dame Agatha summarizes recent developments in Old Blighty, with comments of the newest collection of Christie stories, The Last Séance: Tales
of the Supernatural, many of them coming from The Hound of Death (1933); TV adaptations
of Christie's works, some more successful (i.e., being true to the originals) than others; and two festivals honoring She Who Had a Talent to Deceive. 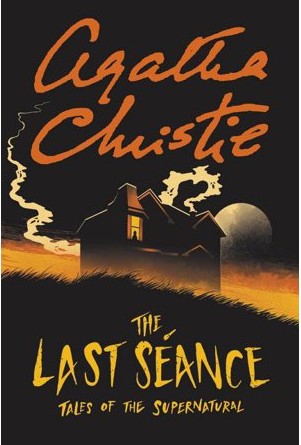 ~ Give Me That Old-Time Detection Film Music by Marvin Lachman (3 pages):
Lachman highlights the musical scores of classic detective/mystery/crime movies from the 1930s, '40s, '50s, and a little beyond, many of which are very memorable, even haunting, such as the ones in The Letter and Double Indemnity (both by Max Steiner); Laura (David Raksin); The Big Sleep (Steiner again); Spellbound, The Naked City, and The Private Life of Sherlock Holmes (Miklos Rozsa in all three cases); Sunset Boulevard (Franz Waxman); and Murder on the Orient Express from 1974 (Richard Rodney Bennett). 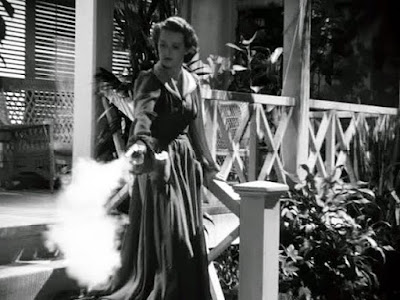 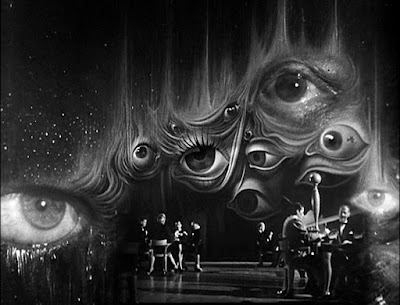 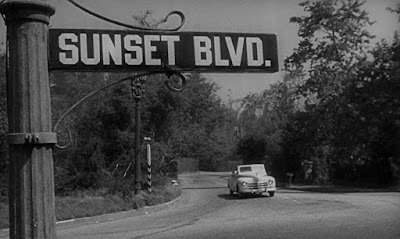 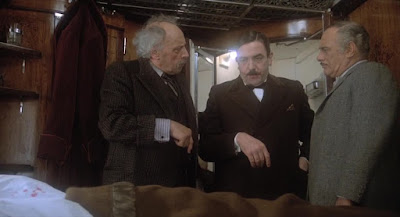 ~ Mega-Review: Mycroft and Sherlock (2018) by Kareem Abdul-Jabbar & Anna Waterhouse; reviewed by Michael Dirda (2 pages):
A former basketball superstar (with an acknowledged writing partner) has another go at modifying the Sherlockian mythos in this sequel to Mycroft Holmes (2015). The story intro-duces a character many readers may have heard of, an "intense young man" who is "arro-
gant, stubborn, argumentative, and almost bloodthirsty in his taste for newspaper accounts of the latest crimes and atrocities." Dirda concedes that "it moves along briskly, and the reader's interest never flags," but it does have its flaws.
Related: The Kirkus Review of Mycroft Holmes (HERE). 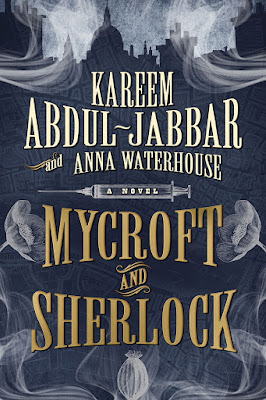 ~ Spotlight on Freeman Wills Crofts by Charles Shibuk (4 pages):
For mystery fans Crofts needs no introduction, being a pioneer of the police procedural subgenre starting with The Cask (1920, published the same year as Agatha Christie's first book), a novel which received high praise from Anthony Boucher: "Possibly the most completely competent first novel in the history of crime, it is the definitive novel of alibis, timetables — and all the absorbing hairsplitting of detection . . ." With some exceptions, Crofts's later works adhered pretty much to the same pattern, especially after he intro-
duced his most famous detective, Inspector French.

~ 35 Years Ago: Mystery Reviews by Jon L. Breen (3 pages):
Deadly Reunion (1975; 1982 in the U.S.) by Jan Ekström:
Unlike other Scandinavian writers who have achieved fame in the Anglophonic world, Ekström takes a less common approach to crime fiction, being "solidly in the tradition
of the Golden Age of the 1920s and 1930s, with an enthusiasm for locked room and impossible crime situations that has marked him as the Swedish John Dickson Carr"
—high praise indeed.
Related: Pretty Sinister Books review (HERE). 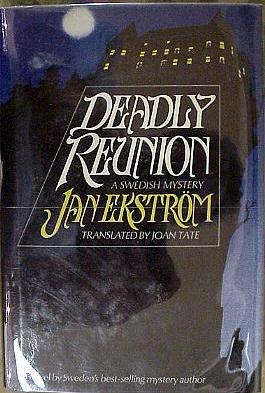 Ice by Ed McBain:
Starting in the mid-fifties, Ed McBain's 87th Precinct novels chronicled the ups and downs of a "family" of police officers, focusing on the group's various adventures and misadven-
tures in crime solving, and Ice is no different: "Police procedurals come in two types: the single-case type and the modular type. In the latter, truer to life but harder for a writer to
bring off successfully, several unconnected cases are involved. McBain has experimented with both types but usually concentrates on one investigation, as he does in Ice."
Related: Wikipedia (HERE). 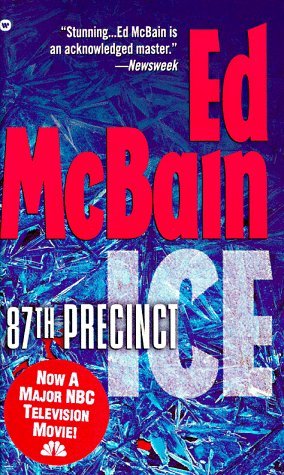 ~ Fiction: "Murder in the Hills" by T. S. Stribling (The Saint Detective Magazine, February 1956), a Henry Poggioli short story (12 pages):
Poggioli and his "Watson" walk straight into an old-fashioned Southern feud when they're persuaded to investigate a possible murder; mercurial Mercutio could bitterly wish Romeo
"A plague a' both your houses," but Poggioli takes a different approach.

~ Book Reviews:
That Day the Rabbi Left Town (1996) by Harry Kemelman; reviewed by Ruth Ordivar:
Kemelman's last book about Rabbi Small seems more noteworthy for its depiction of the inner world of education than its central mystery.
Related: Wikipedia (HERE). 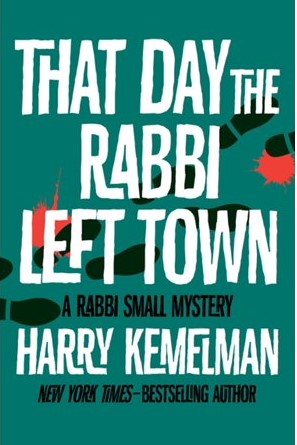 Mr. Parker Pyne, Detective (1934) by Agatha Christie; reviewed by Rita Hurvord:
Unlike Christie's better-known professional heavesdropper Hercule Poirot, Parker Pyne, whose specialty is being a professional helper-outer, "does not proclaim himself a sleuth, because he isn't one. But he does some sleuthing nonetheless."
Related: The Corpse Steps Out review (HERE). 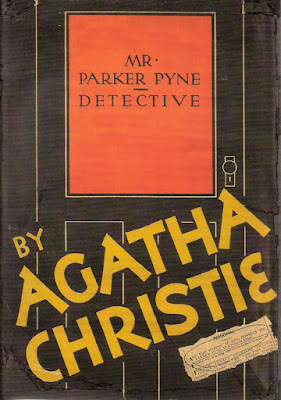 ~ The Non-Fiction World of Ed Hoch—Biography: John D. MacDonald by Edward D. Hoch:
Hoch didn't just write detective fiction, he wrote about it and the authors who produce it, in this case John D. MacDonald, most remembered for his Travis McGee series. 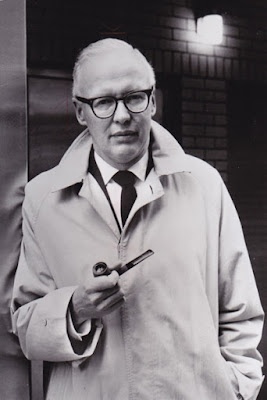 ~ Royal Archives: Dannay-Stribling Part Five by Arthur Vidro:
Examining the correspondence between Fred Dannay, editor of EQMM, and other authors, in this case, T. S. Stribling, best known as the creator of the Poggioli series. 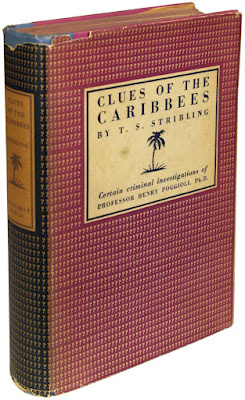 ~ Random Thoughts on Writing the Paperback Revolution by Charles Shibuk:
"In conclusion I think that about one-fourth of the review copies I receive are absolute junk, half of them are—shall we say—uninteresting, and the remainder are of some interest even if they don't qualify for review."

~ The Readers Write:
"Issue #51 was top-notch, with illuminating contributions by the veteran mavens of detective literature . . ."

~ Puzzle Page:
If you know your Poirot backwards and forwards, then this issue's puzzle will be a snap.