FIRST CONTACT stories have been a staple of science fiction for over a century, with at least one television series being built around the idea; but today's narrative has to be the most offbeat first contact story that we have yet encountered, when our protagonists hit . . . 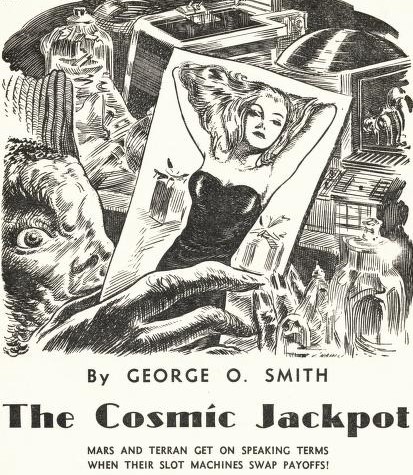 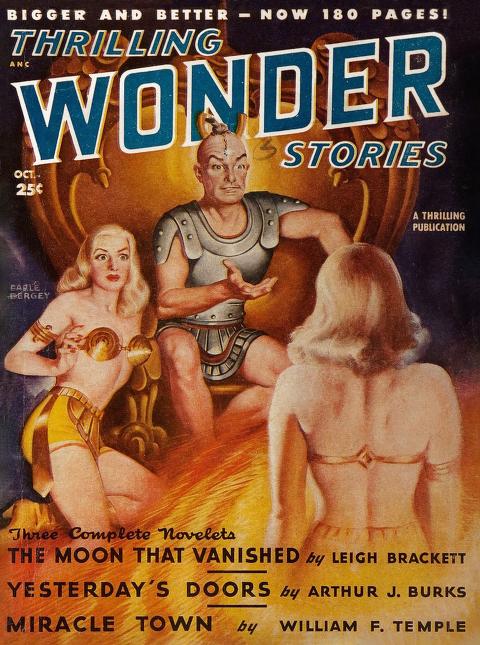 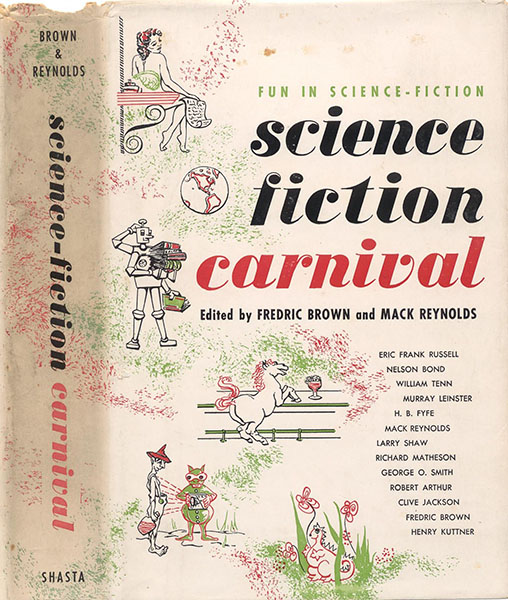 "His curiosity would probably kill him, but it might have killed him anyway. So— He pushed a lever . . . ."

Didn't Christopher Columbus set off looking for a shortcut to China? At least he had some idea of where he was headed; on the other hand Johnny Edwards, intrepid entrepreneur, doesn't have a clue . . .

Resources:
- "It will be called a slot machine and it will be popular.": These days a bandit without arms. "A slot machine (American English), known variously as a fruit machine (British English, except Scotland), puggy (Scottish English), the slots (Canadian and American English), poker machine/pokies (Australian English and New Zealand English), or simply slot (British English and American English), is a casino gambling machine that creates a game of chance for its customers. Slot machines are also known pejoratively as one-armed bandits due to the large mechanical levers affixed to the sides of early mechanical machines and their ability to empty players' pockets and wallets as thieves would." (Wikipedia HERE). 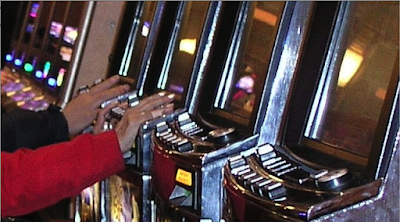 - "Is any house being heated with the power from the fission of uranium?": In 1948, no;
today: "A nuclear power plant is a thermal power station in which the heat source is a
nuclear reactor. As is typical of thermal power stations, heat is used to generate steam
that drives a steam turbine connected to a generator that produces electricity. As of
2014, the International Atomic Energy Agency reported there were 450 nuclear power
reactors in operation in 31 countries. . . . Nuclear reactors usually rely on uranium to
fuel the chain reaction." (Wikipedia HERE). 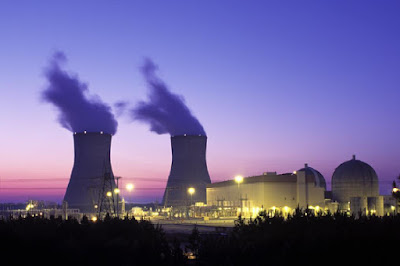 - "Horatio at the Bridge": At one time a Macaulay poem that many a reluctant school child was required to memorize. "The story of 'Horatius at the Bridge' is retold in verse in the
poem 'Horatius' in Lays of Ancient Rome by Thomas Babington Macaulay, which enjoyed great popularity in the late nineteenth and early twentieth century. The details of the poem often vary from the traditional tale by poetic license. Winston Churchill wrote that while he 'stagnated in the lowest form' at Harrow, he gained a prize open to the whole school by reciting the whole 'twelve hundred lines' of 'Horatius'." (Wikipedia HERE). 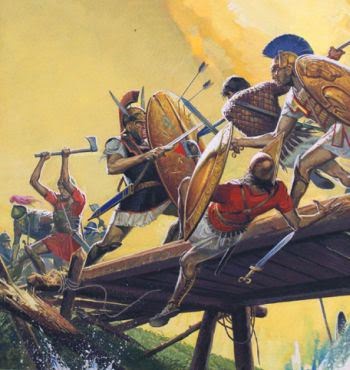 - "like the Lohengrin who sang the last aria too long": A reference to Wagner's opera, from which a universally recognized tune emerged. "Lohengrin, WWV 75, is a Romantic opera in three acts composed and written by Richard Wagner, first performed in 1850. The story of
the eponymous character is taken from medieval German romance, notably the Parzival of Wolfram von Eschenbach and its sequel Lohengrin, itself inspired by the epic of Garin le Loherain. It is part of the Knight of the Swan legend." (Wikipedia HERE). 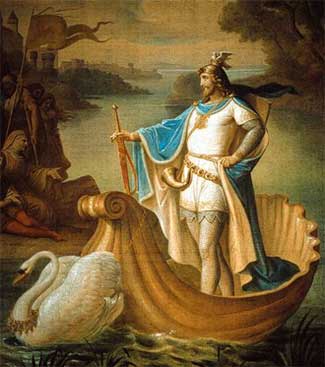 - "an overly-wet world such as Terra": It all depends on what the neighborhood's like, doesn't it? "Liquid water cannot exist on the surface of Mars due to low atmospheric pressure, which is less than 1% that of Earth's, except at the lowest elevations for short periods." (Wikipedia HERE).
- "the constellation, Orion": Since Mars and Earth share the same solar system, the starry sky looks the same from both worlds. "Orion is a prominent constellation located on the celestial equator and visible throughout the world. It is one of the most conspicuous and recognizable constellations in the night sky. It is named after Orion, a hunter in Greek mythology. Its brightest stars are blue-white Rigel (Beta Orionis) and red Betelgeuse (Alpha Orionis)." (Wikipedia HERE). 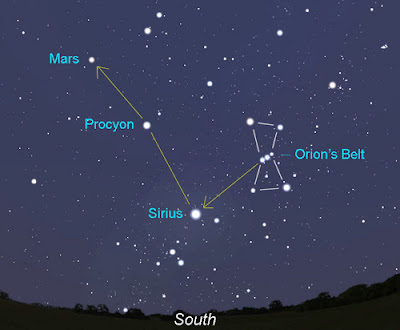 - First contact: ". . . is a common science fiction theme about the first meeting between humans and extraterrestrial life, or of any sentient race's first encounter with another
one, given they are from different planets or natural satellites. The theme allows authors
to explore such topics such as xenophobia, transcendentalism, and basic linguistics by adapting the anthropological topic of first contact to extraterrestrial cultures." (Wikipedia HERE). 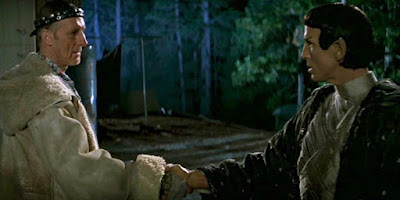