"If Anybody's Going To Get That Ice Back, and Incidentally Get the Murderer, I Guess It's Up to Us"

STORIES FEATURING investigators who work for insurance agencies have been a popular staple of crime fiction writers for a long time; the format allows authors to combine the (often hard-boiled) private eye trope with the real world of business activity—and, once in a while, actual mystery plots. An example from television would be Banacek (HERE and HERE), although he was a freelance investigator not exclusively employed by any particular agency. In today's story, our sleuth, who does work for one, while investigating a case of theft and murder discovers that there is much significance in . . . 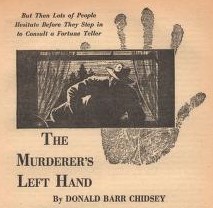 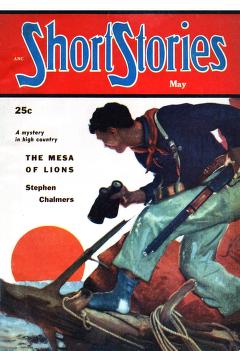 "He thlapped me with hith open hand."

Superstitious people believe our fate is in the stars; but in this instance, for a cowardly criminal it lies in (or should we say on) a crystal ball—a phony crystal ball—that and two bullets . . .

Principal characters:
~ Harris:
"He was lying on the walk there right next to a brand new flower bed, and his lower jaw had been socked so hard that it had splintered off and part of it had been driven up through his brain."
~ "The boss":
"He had a $70,000 policy with us for his wife's jewelry, which is more to the point, and that was the stuff the murderer got away with."
~ Charles Francis Xavier Morrissey:
"I studied it until I could close my eyes and see every single delta and island and end in its relation to every other end and island and delta."
~ Monkhouse:
"He was a big guy, and nasty-tempered. He stood there with his fists on his hips, glaring at me."
~ "a little rat of a guy in a brown suit":
". . . I knew that, for all his hard-boiled mannerisms, he was superstitious as hell."
~ "this female mountain":
"I ought to have you arrested!"

What would a tough guy shamus adventure be without a moment like this:

". . . I went spinning around while funny lights, most of them red, did funny dances for me. The lights broke up into streamers, which whirled in tight little circles very fast, and then exploded all at once. I hit a wall and went flat."

References and resources:
- Our sleuth mentions persons who were involved with palmistry: Whipple and Wilder (HERE), Kidd, Desbarolles (HERE), and Heron-Allen (HERE).
- "palmistry was a new one on me": Sometimes called chiromancy (Wikipedia HERE); for scientific forensic palm identification see Wikipedia (HERE).
- "the whole crystal ball": An important element in our story (Wikipedia HERE). 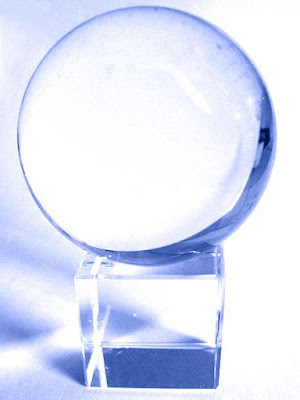 - "Or rummy.": At one time a very popular card game. (Wikipedia HERE). 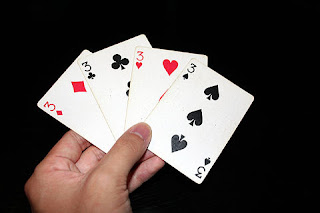 - "right in the breadbasket": Slang for the region around the stomach. "No one is quite sure of the exact origins of the use, but it’s likely that there’s some connection between the basket used to hold bread and the basket where the bread ends up after a person eats it." (Merriam-Webster Dictionary HERE).
- "pivot teeth": A pivot tooth is "an artificial crown attached to the root of a tooth by a usually metallic pin." (Merriam-Webster Dictionary HERE).
- "handing out a haymaker": See Wikipedia's article about types of punches (HERE).
- While our author Donald Barr Chidsey was quite prolific in the pulps (1930-58), he also generated quite a lot of historical fiction; see the Wikipedia entry for him (HERE). Chidsey's series characters included McGarvey, always paired with Wainwright T. Morton, and, on one occasion, Nick Fisher in Detective Fiction Weekly (1934-41); Fisher appeared in one issue of DFW (1932) and then migrated to Argosy for thirteen more adventures (1933-34, 1936-39). A fourth series character was short-lived Sergeant Fletcher Steel with three tales in Double Detective (1938-39). (All data from the FictionMags Index.)
- Stories involving insurance investigations that we've previously featured: Ronald A. Knox's Miles Bredon novel THE THREE TAPS (HERE), Henry Kuttner's "Murder's Handyman" (HERE), Sam Merwin's "Disturb the Dead" (HERE), Donald E. Westlake's "The Risk Profession" (HERE), Ray Cummings's "Poor Economy" (HERE), A.E.W. Mason's "The Ginger King" (HERE), E. Hoffman Price's "A Burning Clue" (HERE), Lawrence G. Blochman's "Calendar Girl" (HERE), Henry Slesar's "Policeman's Lot" (HERE), and Robert Sheckley's "Double Indemnity" (HERE). 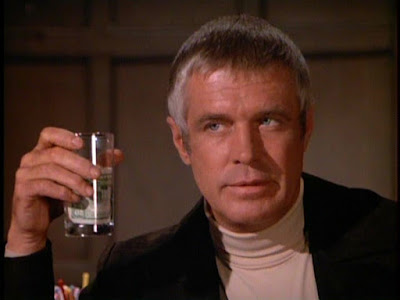