"He Spun Round, Caught by the Age-Old and Never-Failing Trick, and in That Moment a Revolver Crashed" 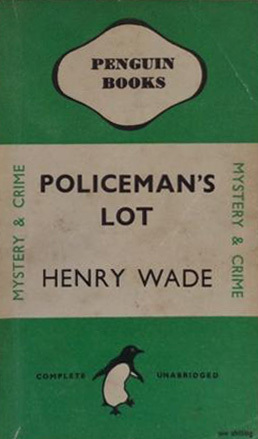 "Tears, sobs, heaving shoulders—all the reactions familiar to the devotee of the cinema."

It is indeed an extraordinary sight that greets Superintendent Cox, a local policeman, and Detective-Inspector Poole of Scotland Yard in a sodden clearing in the woods—two men . . .

". . . both in evening clothes—short coat, black tie, one wearing a white waistcoat, one a black—and both dead. In the right hand of each was clasped a small automatic pistol and each white shirt-front was saturated with a dark smear of blood.
". . . it seemed as if the two men must have fired simultaneously, at very close range, though not so close as to leave powder marking on the linen shirt-fronts. It was an intriguing affair; such a thing as a duel was almost unheard of in these days and in this case it seemed as if the men had been bent upon killing each other, without thought of one surviving."

When Superintendent Cox opines, "Like the good old times, isn't it?—All for the love of a lady," D. I. Poole responds, "Lady or money, Superintendent. Hardly politics in these days, I'm afraid"—neither of them realizing how close to the truth they both are. There actually is a lady involved, and she's a woman that Poole, for one, will never, ever forget . . .

The characters:
~ Superintendent Cox:
". . . a uniformed police-superintendent, ponderous in build and patriarchal in manner."
~ Detective-Inspector Poole, C.I.D.:
". . . a considerably younger man in plain clothes, whose firm mouth and steady grey eyes were becoming only too well known to the underworld . . ."
~ Sergeant Robins:
". . . Robins jumped on a bike and came along, found the car, did a bit of exploring into the wood and came across these chaps. Like a sensible fellow he got straight back to his station and telephoned for me . . ."
~ George Horne:
". . . a married man, with no children, living in a small house called Five Oaks . . ."
~ Julian de Lange:
". . . a London 'gigolo' was mentioned."
~ Rev. James Partacle, the Vicar:
"He was genuinely distressed by the news brought by the detective and at once bustled off on his painful errand . . ."
~ Mrs. Partacle, the Vicar's wife:
". . . perhaps more worldly than her husband; she was deeply intriuged by the detective's news and was able and willing to throw considerable illumination upon it."
~ Quirril Horne, wife of one of the victims:
"Mrs. Horne, dressed in a fawn skirt and striped jumper, was lying on a sofa, an embroidered shawl over her legs. She did not attempt to rise when Poole entered,
but greeted him with the shadow of a smile and a gesture towards a chair."
~ Ethel, the house-parlourmaid:
"The girl stared at him, looked at the shoes again, turned them over—and straightened herself abruptly. She seized the other pair and, turning them both over, displayed the difference to Poole." 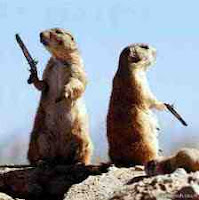 Resources:
- Wikipedia talks about Henry Wade (HERE), as does Mike Grost on his Guide to Classic Mystery and Detection megasite (HERE). 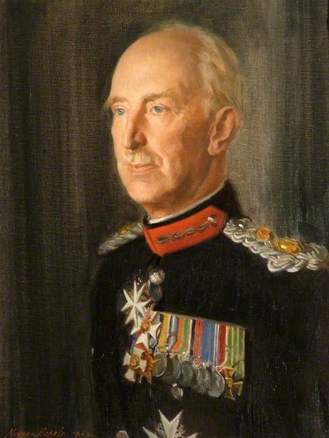 The bottom line: "And how can that be true love which is falsely attempted? Love is a familiar; Love is a devil. There is no evil angel but Love. Yet was Samson so tempted,
and he had an excellent strength; yet was Solomon so seduced, and he had a very
good wit. Cupid's butt-shaft is too hard for Hercules' club, and therefore too much
odds for a Spaniard's rapier. The first and second cause will not serve my turn; the
passado he respects not, the duello he regards not."
— Shakespeare
Posted by Mike Gray at 7:41 AM