Using her translation skills to good effect, she rendered crime fiction stories by German author Augusta (or August or Auguste) Gröner into English, as well as several other obscure (to Anglophones, at any rate) Northern European writers, such as Danish author Palle Rosenkrantz's "Letter from Another World" (1909), which saw American publication in the July 1943 issue of EQMM. 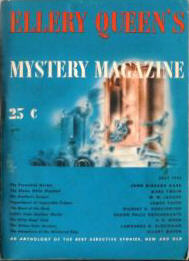 In Colbron's opinion, pride of place belongs to a Viennese author:

"THE best writer of detective stories in Germany to-day is undoubtedly Augusta Gröner [1850-1929], of Vienna. Her name is never mentioned in the magazines that set a standard of criticism, and the essayists who discourse on modern literature know not her fame. This is natural, for detective stories are not literature, according to German ideas. But Augusta Gröner's novels are sold in cheap editions in enormous quantity, and there is a steady demand for her work.

"With Anna Katherine Green she shares a lonely niche as an example of what women can, but usually do not, do as writers of detective stories. Mrs. Gröner's work is uneven, but in the best of it her skill in inventing and unravelling a mystery places her in the front rank. She makes no pretence at literary style; her manner of writing is quaint and old-fashioned, but most of her characters are alive, and there is no disputing her gift as a spinner of yarns. The plot is full of interest always, and grips from the beginning. There are a few isolated examples of good detective stories by other German writers, and there is an immense deal of poor work of the same kind to be found. But there is no other writer of detective stories whose collective work would stand comparison with the books of the best French and English writers in the same field.

"Within the limits of her chosen line of work Augusta Gröner is very versatile. She does not tie herself down to any particular method, no two of her novels are alike in construction. She gives us the crime-mystery where the main interest hinges on the revealing of the truth by the work of skilled professionals; and she gives us also the crime-mystery sufficient unto itself, the story where the theme centres in the fate of those near to the victim. But there is always a mystery, and a good one, which does not let the reader's attention flag.  . . . Taken all in all, Mrs. Gröner's work is excellent and entitles her to be named with the best of other lands. She improves as she goes on, her later works are free from a certain old-fashioned style of narrative which dulls the others at times, the action is quicker, the method of construction more up to date."

Since Colbron's time, things have really changed for Nordic detective fiction authors, to say the least:

"Detective, or even mystery, stories are rare in Scandinavian literature. But good examples may yet be found, because whatever the writers of the wonderful Little Nations of the North essay to do, they do well."

Colbron does single out one Danish author as commendable:

"Among contemporary Scandinavian writers, the Dane, Baron Palle Rosenkrantz [1867-1941], is already known to American readers as the author of two detective stories which have recently appeared in English. Another of his novels, What the Forest Pool Hid, publish-ed as yet only in the original Danish, is a better story than either of those done into English. Both in the inventing and unravelling of the mystery, and in the sheer human interest of the story which lies back of the murder, this novel ranks high. It is full of action, and the plot is an unusually strong one in its tragic intensity. It is even in construction and the style is very modern." 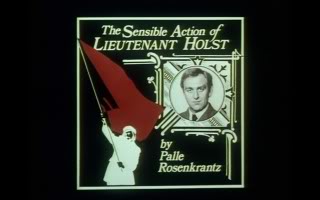 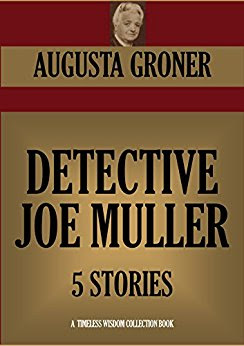