"The Telegram, the Desire for the Perfect Crime, Killing Him in the Dark—They All Add Up to Thymocentric Subparathyroid" 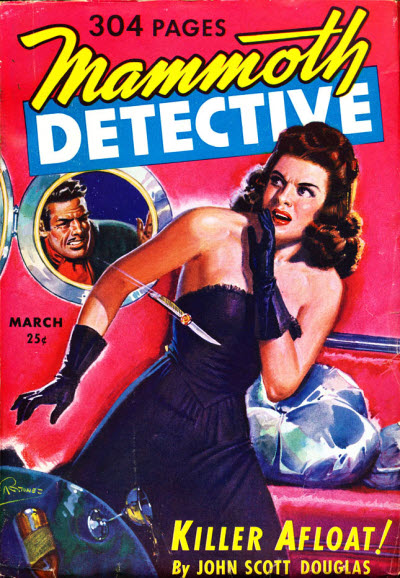 "Here is a banquet hall full of criminologists and detectives and a murder is committed and nobody knows who did it."

Embarrassing, isn't it? Even more embarrassing, the victim is killed right in the middle of
his lecture before that attentive audience of experienced crime solvers. The average stage magician could probably finger the culprit right away, but this case won't be solved until a man who can barely move is able to, as one character tells him, "figure this one out accord-
ing to your glands and what-nots."

Characters:
~ Lester Gould:
"At the beginning of the banquet, Gould read off some telegrams. Some were congratula-
tions and good luck and that sort of thing and some were from fellas who couldn’t come. Then, when he starts to read one of them, he stops and then he laughs."
~ Professor Ogden Wright:
". . . was a guy what hadn’t been outa bed for three years . . ."
~ Nurse Grace Chesley:
"You'd murder but you wouldn't steal."
~ Mrs. Gummins:
". . . has a good share of postpituitary, only she’s obviously subthyroid."
~ Hennessey:
"That American bobby wi’ the red ’air and the green suit."

Resources:
- FictionMags's list for "Helmar Lewis" shows that he had 7 SFF stories placed in Amazing/Fantastic (see the ISFDb HERE) and 4 crime fiction stories published in
Mammoth Detective in 1943-44; after that, nada.
- Nurse Chesley helpfully provides a thumbnail description of a usual armchair
detective's modus operandi: "You're never at the scene of the crime. You never
see the victim or the suspects and yet, you always can figure out who did it."
Go to Wikipedia (HERE) and Old Time Radio Downloads (HERE) for more. 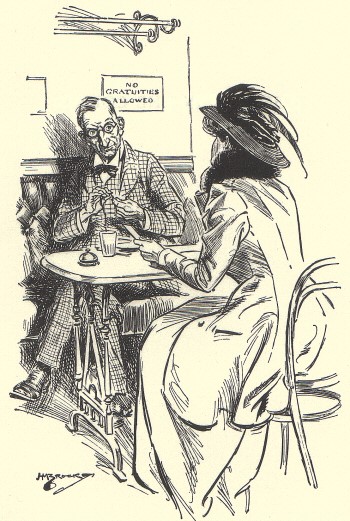