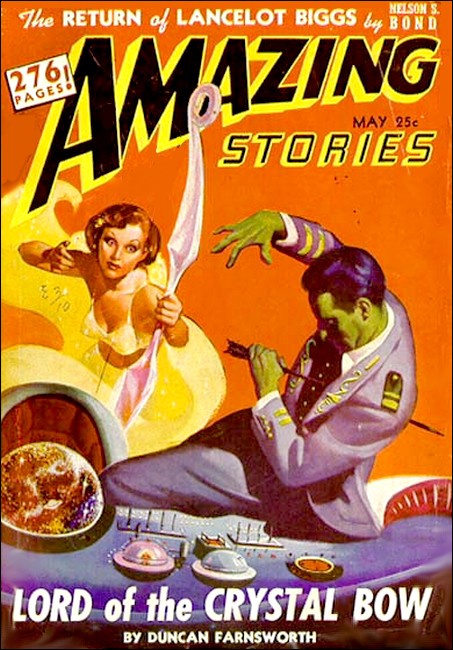 "Professor Campbell loved his wife, but he was aware that she didn't love him. This led him to a strange act—he gave her the freedom she wanted, via a time machine!"

It's the same old story; people make the mistake of confusing jealousy with love, thinking that somehow justifies anything—even murder . . .

Characters:
~ Calvin Campbell:
"He himself was neither young nor handsome. He was just a rather old professor in a somewhat obscure college, holding down a young and beautiful wife."
~ Kathleen Campbell:

"Campbell sighed. He deeply regretted what was to happen. But the situation as it was had finally become unendurable. He couldn't stand it any longer. Loving Kathleen the way he did,
it was impossible to go on like this."
~ Vickers:
"Vickers had come to teach at the college over a year ago. He'd started as an instructor. Campbell had been responsible for his rise to a professorship; had made sort of a protege
of him until he finally realized what was going on." 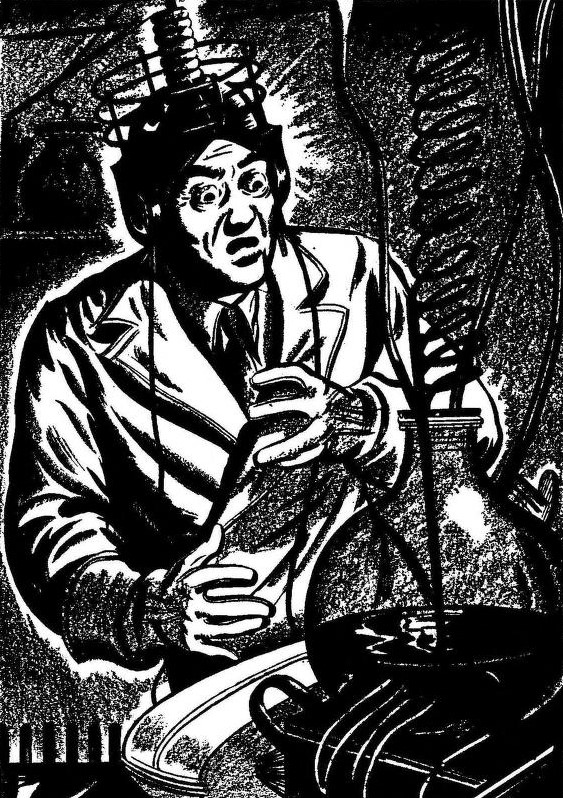