"Dust Has No Voice" 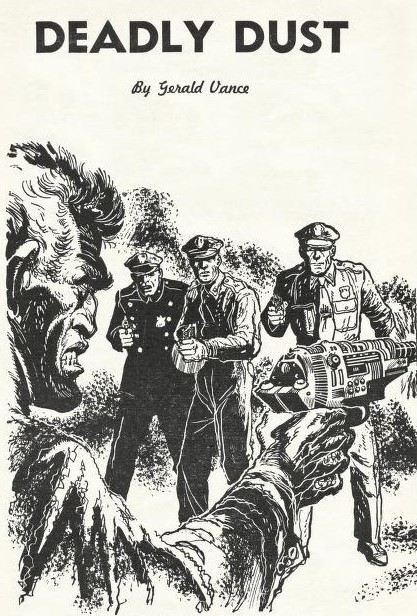 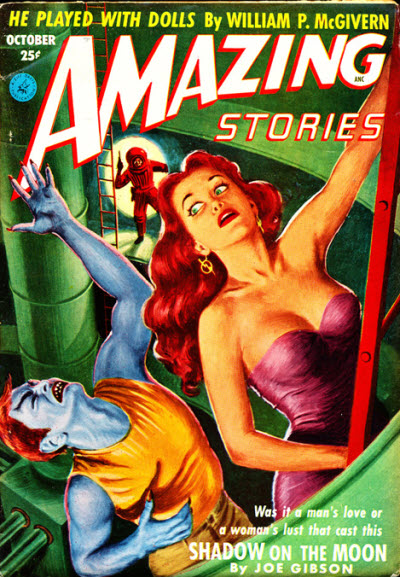 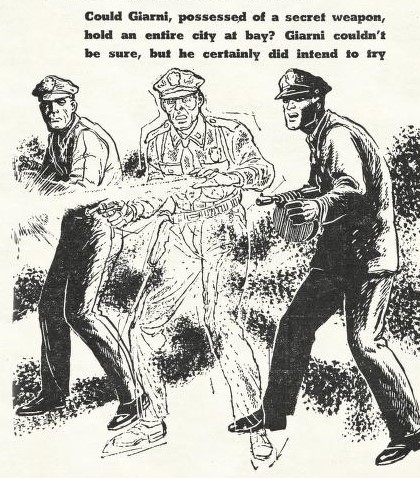 A "writer of fact detective articles" goes to his boss with what would normally be considered a cold case, one involving treason, with the prime suspect already having served his time; although at first he can't be sure he can do anything more with it, he will soon discover that everything isn't as cut and dried as everybody claims it is and that judging a book by its cover—or, in this instance, a man by his circumstances—isn't something you should do when that man has "the power to kill" and, when backed into a corner, is willing to use it . . .

Characters (in order of appearance):
~ Fred Dawson, an editor determined to stay in touch with the zeitgeist:
"I tell you, the public is getting fed up with axe murders, sex cases, hopped-up kid heisters, and so on. I'm looking for a new angle, something that will grab hold of the reader's imagi-nation and make him want to know what's going to happen next."
~ Jay Jones, a dogged reporter (flippantly dismissed by Bill Bryce as a "boy detective"):
"But, Fred. This isn't fiction I'm writing. It's fact detective. Sure, I'll go along with you on maintaining reader interest. But I don't have the latitude the fiction boys have."
~ Bill Bryce of the F.B.S., prone to mixed metaphors:
"I'll play ball with you, Jay, until you try to steal home on me. You adopted this baby. Have fun with it."
~ Mario Giarni, the man with a loaded accordion:
"Why is it that you guys can always prove a guy innocent after he's done his time? What are you going to do, get my job back for me? My wife? The respect I once knew? Do me a favor. Just let me alone!"

~ Lem Mason, the wrong arm of the law:
"Don't ever let me hear you say you ain't got it, punk!"
~ Tom Sanborn, the projects manager of Bayshore Laboratory:
"Perhaps there were things he didn't want brought to light."
~ Mark Hartley, lab assistant:
"What a bum they made outa him . . . but for my money he was a right guy."

Comments: It's just a coincidence, but this one reminds us of Rambo; also, for San Francisco buffs, the action takes us on a brief tour of the town as it was in the 1950s,
from east to west to south, with the finale in the densest residential section.

Typos: "Sacremento and Kearny"; "Mark Harley" [Hartley]; "a wave of blackness [?] through his brain".